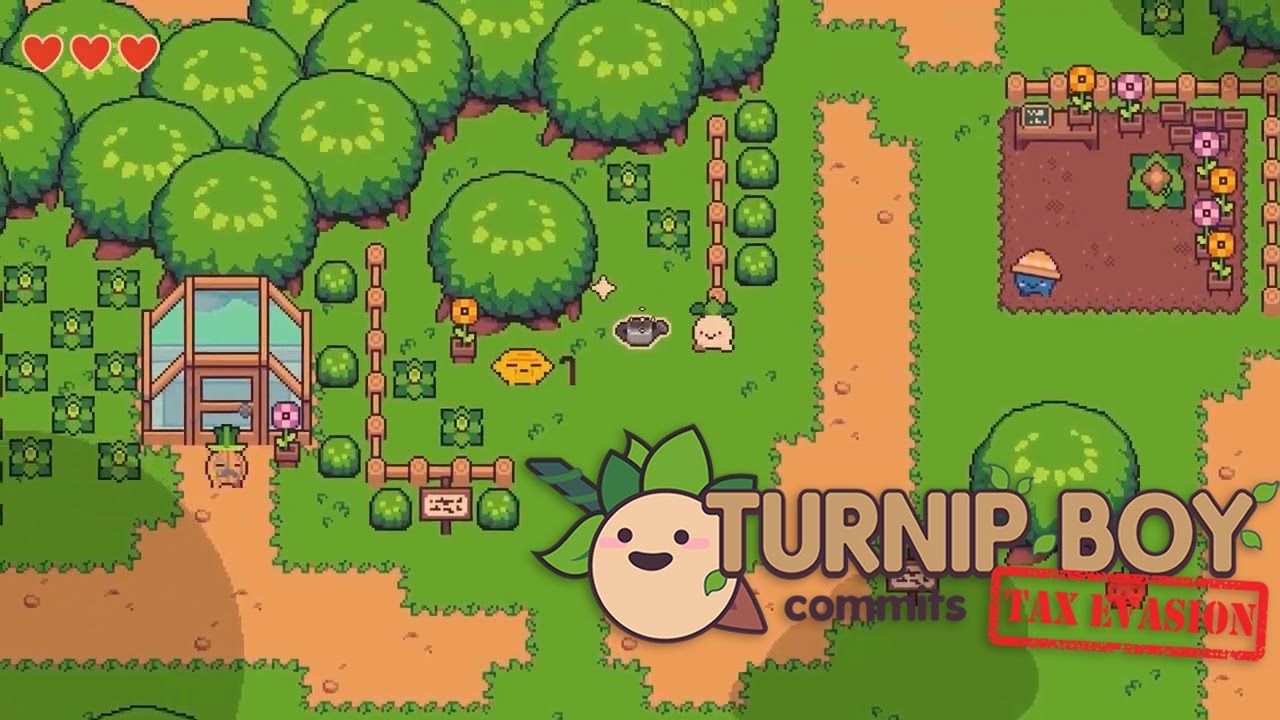 In Turnip Boy players take control of an adorable turnip who happens to be an absolute menace to society. After failing to pay taxes and getting evicted from his home, Turnip Boy must go on an epic quest to pay back his massive debt to Mayor Onion. Garden tools to solve plantastic puzzles, meet eccentric vegetables and fruits, and take on treacherous fights. Along the journey uncover what’s spoiling this garden community and rise to tear down the corrupt vegetable government!

“Turnip Boy was inspired by a number of classic Nintendo games and we’re thrilled that we can bring our game to the Switch,” said Yukon Wainczak, developer at Snoozy Kazoo. “We can’t wait to see what Nintendo fans think of Turnip Boy and we hope it can become the next great action adventure game in their games catalog.”

A thrilling, single-player adventure full of tax evasion, petty crimes and more.
Dungeons full of puzzles, enemies and rare treasures to pay back your debt.
Massive beasts to battle.
Grow and harvest plants to aid in your journey.
A large cast of quirky food-based characters, all with their own stories and problems.
Tons of tax documents to rip up, allowing you to erase your paper trail and potentially destroy the government.
Multiple endings based on how effectively you commit tax evasion.
Collectable hats to deck out Turnip Boy in any way you choose!
A deep history of the world and how it became what it is.