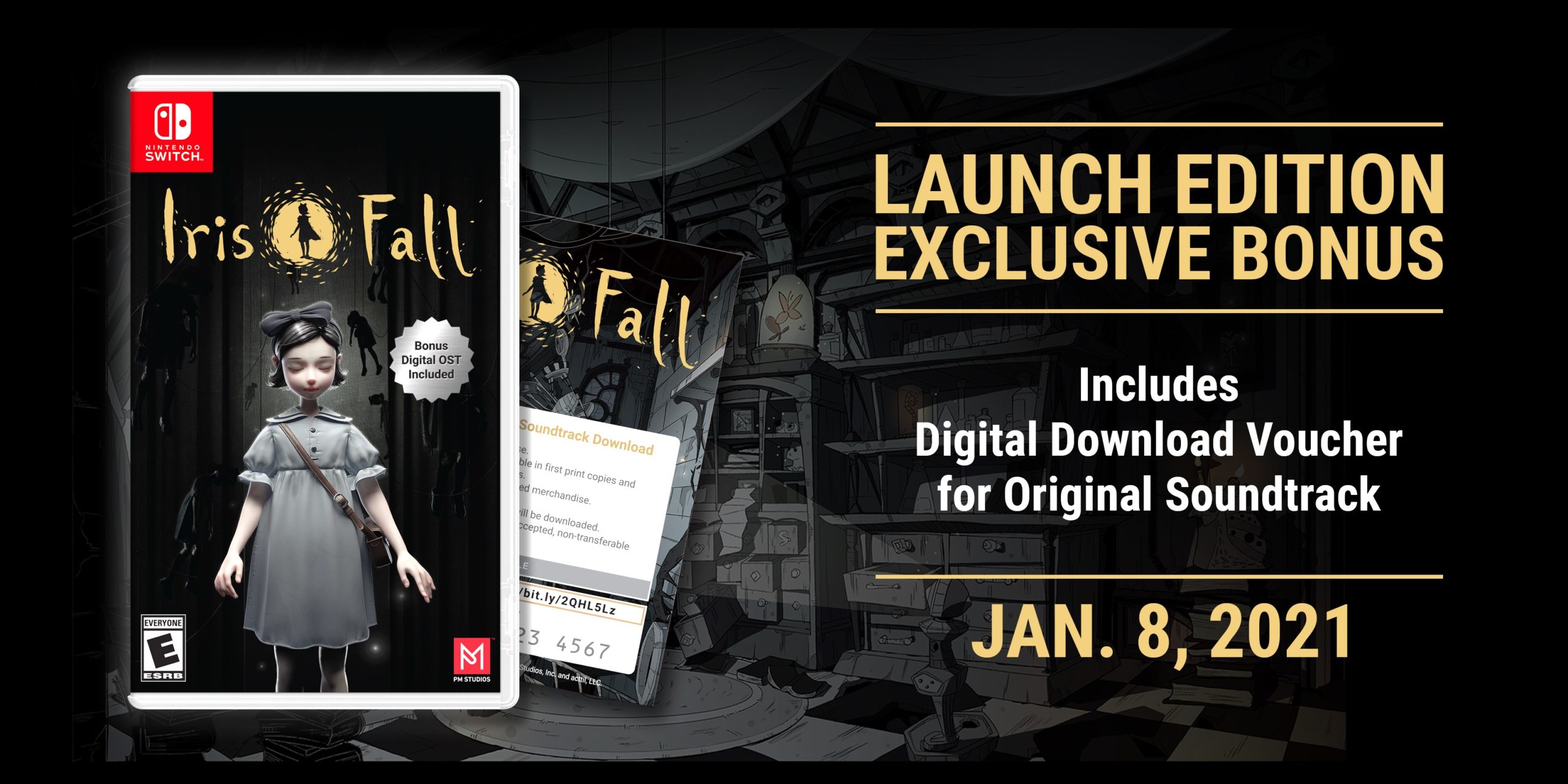 LOS ANGELES – September 14, 2020 | PM Studios is delighted to announce that two of Next Studios’ big PC hits are coming to both PlayStation 4 and Nintendo Switch. Starting in January 2021, both Bladed Fury and Iris.Fall will be released for consoles as well as at retail outlets in a physical and digital edition. As with all PlayStation 4 games, the PlayStation 5 will be able to play Iris.Fall and Bladed Fury thanks to the system’s backwards compatibility. Pre-orders are now open with the special incentive of an exclusive digital OST with every order.Iris.Fall will be available on Switch and PS4 for $39.99 on January 8, 2021. Blending innovative gameplay with a unique art style, Iris.Fall invites players to solve clever puzzles and uncover an intriguing story full of mystery and wonder. With “light and shadow” as a core concept, Iris.Fall takes players on a monochrome adventure unlike any other.

Bladed Fury will be heading out on January 22, 2021 for both PS4 and Switch. Pre-Orders are now available for $39.99. Fans of classic fantasy 2D action games will be thrilled with Bladed Fury’s robust and fast-paced gameplay. The game is laced with Chinese history and mythology with just a dash of surrealism added in for extra flavor.

The physical editions of Bladed Fury and Iris.Fall will be available at the following retailers for $39.99 each:

Editors: If there is anything we can do to facilitate your coverage of this exciting news, or if you would like to talk with the team behind the games, please don’t hesitate to ask. We’ll be collecting review requests later this year.

About PM Studios
Founded in 2008 and based in Los Angeles, California and Seoul Korea, PM Studios, Inc. is an independent developer and publisher of interactive entertainment and mobile applications. More information about PM Studios and its products can be found at www.pm-studios.com.