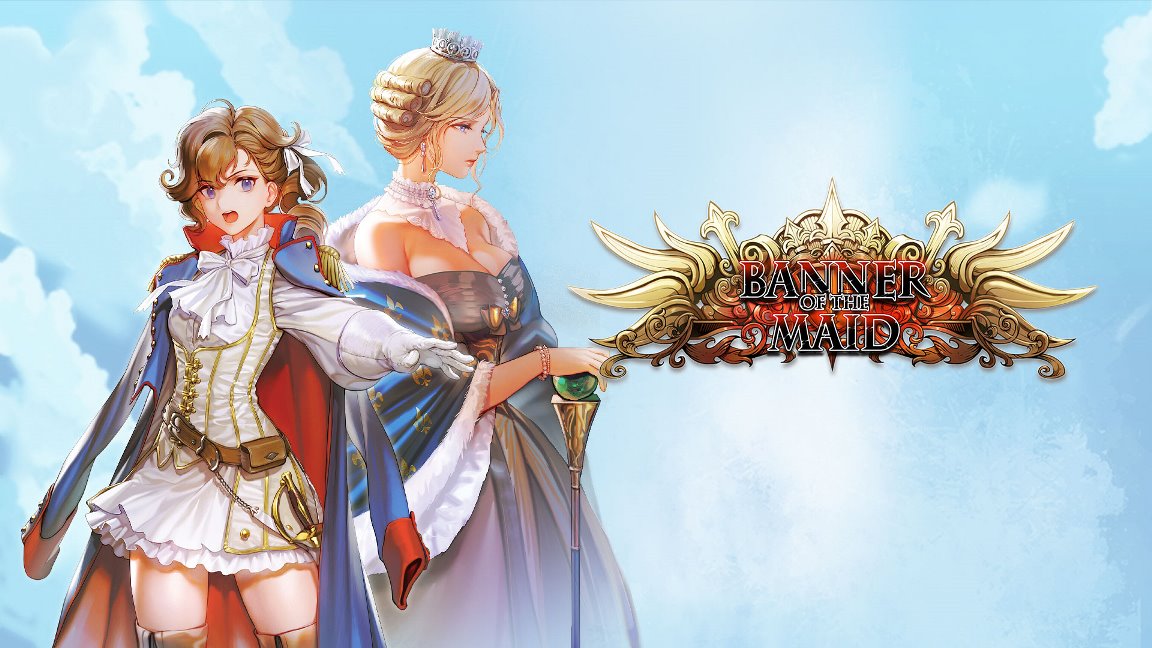 Banner of the Maid is a mix of turn-based strategy and JRPG, set in an alternate French Revolution (late 18th to early 19th century) with fantasy elements and a unique anime art style. A bestseller in China and acclaimed by thousands of fans for its strong gameplay and deep narrative, the game come to the Western markets fully localized to English.

It’s the 1790s, and the Revolution is tearing France apart. The House of Bourbon is on the verge of collapse, and many different factions conspire against each other in the salons of Paris – the Royalists, the Club des Feuillants, the Jacobins and the Malmaisons are all trying to get advantage of the turmoil. The young officer Pauline Bonaparte (sister of the rising star general Napoleon) will have to lead her troops to victory, but also to tread carefully in these complicated political waters to establish connections and win their support. But she is more than just a brilliant officer – she is also a Maid, one of the fabled women with mysterious powers capable of turning the tide of a battle…

Command the most iconic troops of the Revolution era in deep turn-based strategy combats that will put your tactical skills to the test. From the brave and sturdy Infantry soldiers to the power of the Artillery, the fast charges of the Cavalry and the cunning of the Skirmishers, among others, you will experience a fascinating reimagination of the European battlegrounds of the time. Use the terrain to your advantage in more than 30 different terrains, including cities, plains, snowy mountains, etc., and react to environmental changes (snow, fog, etc.) during your battles.

Dive into a deep narrative with a compelling story of intrigues, glory and fantasy. You will have to complete different quests and challenges to establish your political connections, gather funds to improve your weaponry and secure supplies – but be careful, because your actions may gain you the favor of the factions that compete for power in Paris.

Meet more than 30 fascinating characters; the Revolution is a time for heroes: brilliant political minds, valiant generals, secret agents of the Royal Family, and even musicians with extraordinary talents populate France in its time of need. Meet and befriend (or fight against) historical characters such as Napoleon, Robespierre, Murat, and many more. More than 30 characters with different backgrounds and skills are available for you to command. Train your commanders to improve their special abilities, but also talk to them to win their trust and understand their hearts, and you will be an unstoppable force on the battlefield!