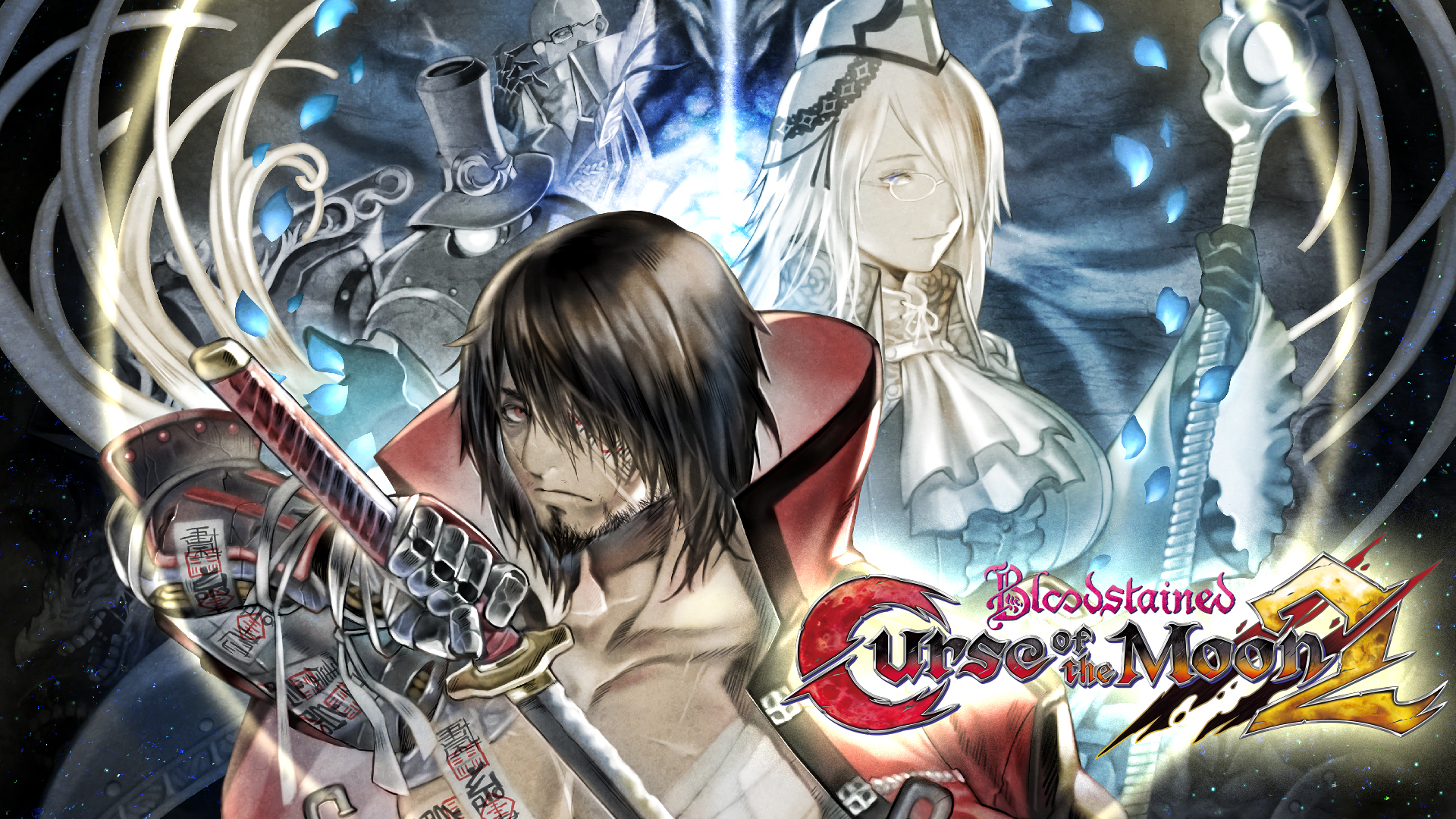 The Ver. 1.2.0 update for Bloodstained: Curse of the Moon 2 is live, and the new BOSS RUSH MODE is here with it!

Take on the game's fearsome bosses one after the other in this challenging new mode either on your own or together with a friend!https://t.co/WlDW3LtwG1

Koji Igarashi and Inti Creates are back with more retro sword-and-whip action!

Curse of the Moon 2 brings classic 2D action and a dark, 8-bit aesthetic together with modern playability. The multiple-scenario structure of the previous title returns with an epic new story supervised by IGA (Koji Igarashi) himself.

Players take control of Zangetsu, a swordsman from the far east who bears a deep grudge against demonkind and the alchemists who summoned them. Zangetsu must battle his way to the demonic stronghold, but he doesn’t have to do it alone! Zangetsu can ally himself with a brand new cast of characters he meets along the way and add them to the playable roster.

Three brand-new playable characters appear in Curse of the Moon 2, including the exorcist Dominique. All characters from the original Curse of the Moon game are playable, too! Each new character adds a variety of gameplay options, abilities, and ways to complete the games’ many stages.

Players can also create demon hunting duos in 2-player local co-op, available for the first time in the series! Work together with a friend, mix and match the strengths of two different characters, and conquer stages in tons of new and exciting ways.