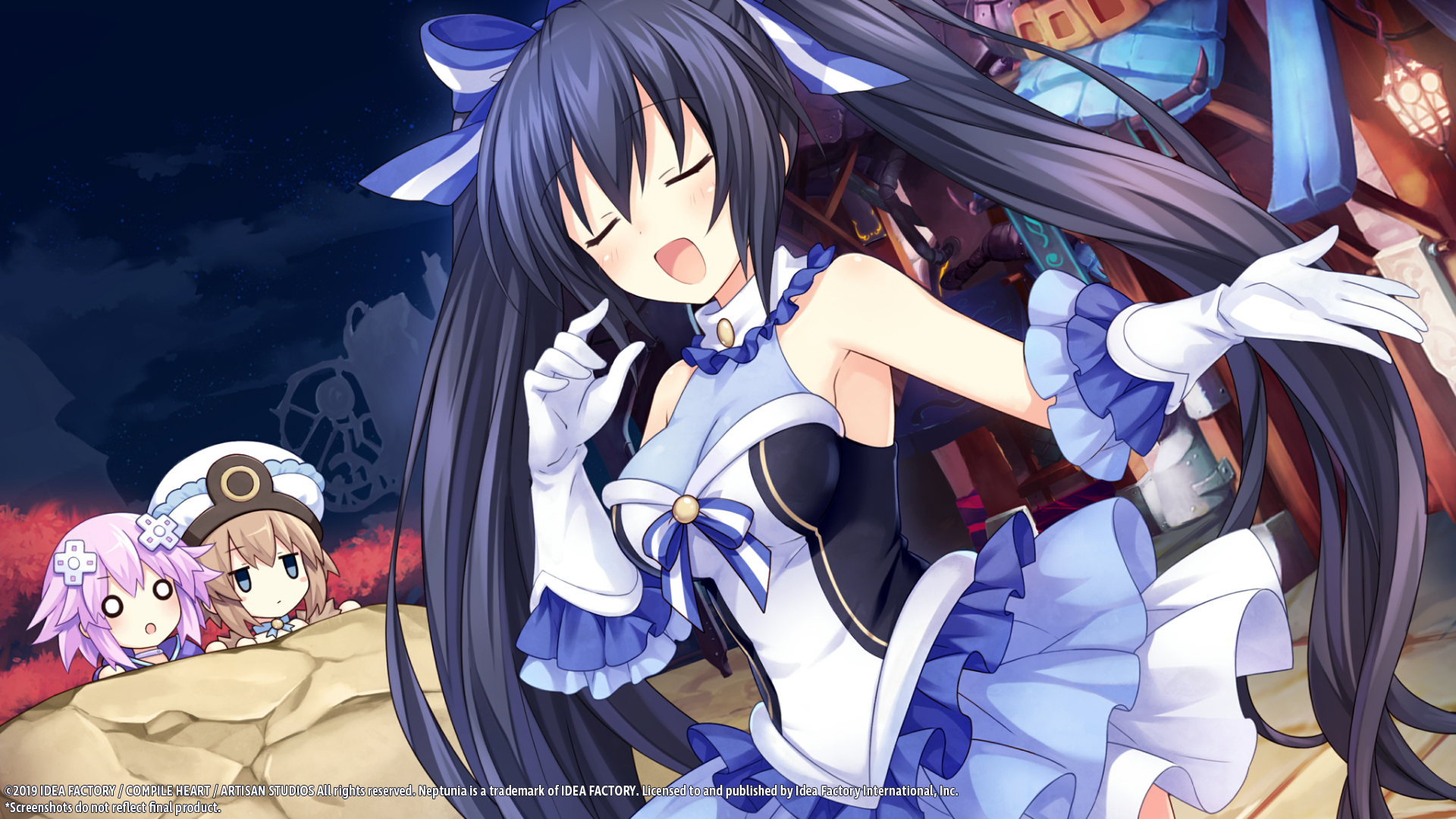 LOS ANGELES, CA. – Will Neptune gain back her memories and save 3D games as we know it?

Super Neptunia™ RPG is headed for the PlayStation®4 and Nintendo Switch™, physically and digitally, in North America on June 25 and in Europe on June 28! The Steam® version will launch on June 20.

This week, we have a new screenshot batch showcasing Event CG and Dialogue scenes! We also have a brand new PlayStation.Blog post with the Co-founder and Game Director of Artisan Studios, Julien Bourgeois! The Quebec based studio discusses the animation process of Super Neptunia RPG and the various challenges in sculpting the world of Neptunia in the lens of 2D animation!

EVENT AND DIALOGUE SCREENSHOT BATCH
In the Event and Dialogue screenshot batch, we are introduced to a dimension where 2D reigns supreme! Fans of the Neptunia series will recognize some familiar faces, including the four Goddesses: Neptune, Noire, Blanc, and Vert, as well as their newest friend, Chrome. There are also several Event CGs that introduce Bombyx Mori – an organization devoted to 2D games. Gamindustri may have been flattened into 2D, but that has not impacted the humor and quirky characters that Neptunia fans know and love!

*Screenshots are based on the PlayStation®4 build
Steam users can grab the Deluxe Bundle at a permanent 20% discount, which includes the game and the Deluxe Pack.

The Deluxe Pack will also have its own weeklong 20% launch discount and includes:
Character Art Collection
Background Art Collection
Rough Art Collection
PC Wallpapers (x2)
Mobile Wallpapers (x5)
Official Soundtrack
The PS4™ release will have two slightly modified CGs. The Nintendo Switch and Steam version will contain all original CGs. Gameplay for all platforms has not been changed from the original Japanese release.

Developed by Artisan Studios in Canada, this game brings the characters of the self-referential Neptunia™ series to life in a whole new 2D way. Each character was hand-drawn by Tsunako, the artist behind the series, then animated by computer magic to create a world that’s mysteriously gone from three dimensions to two. Explore side-scrolling dungeons and fight in turn-based battles to settle the debate once and for all – which games are better: 2D or 3D!