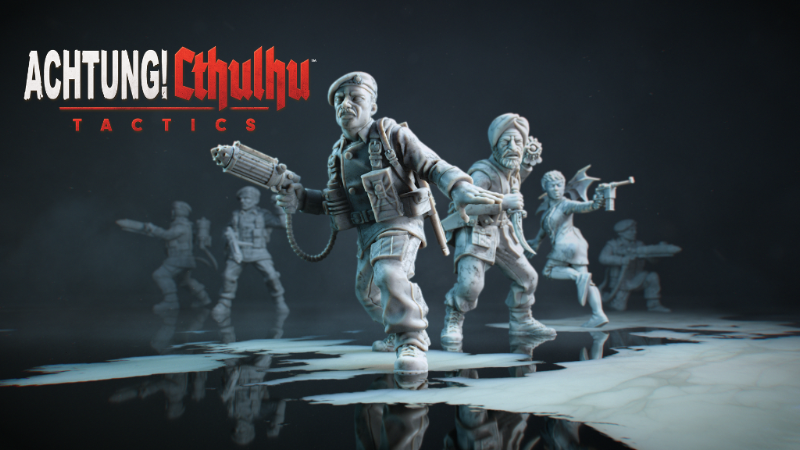 London, United Kingdom – January 17th, 2019 – Developer Auroch Digital and publisher Ripstone Games are proud to announce that its Weird World War game Achtung! Cthulhu Tactics is coming to Nintendo Switch on January 24th. It will be available for £19.99 / $24.99 / €24.99.

Based on the hugely popular tabletop RPG from Modiphius Entertainment, Achtung! Cthulhu Tactics is an occult turn-based strategy game pitting players against a rogues’ gallery of Lovecraftian beings controlled by the Nazis. You’ll have to use your cunning military tactics, along with some nifty supernatural powers, to save the world. Set in an alternate history of World War II where the Nazis’ investigations into the occult have resulted in the summoning of Lovecraftian monsters, you’ll have to take the reigns of Charlie Company, an elite band of allied forces sent in to do the impossible; foil the Nazi plans and turn the tide of war.

“Being able to play a turn, then put your system to sleep and carry on the fight against the Nazis and Lovecraftian monsters when you next have the time feels great,” said Mike Daw, Producer at Auroch Digital. “Whether playing a quick round in handheld, or a full-scale skirmish on your TV, Achtung! Cthulhu Tacticson Switch is a perfect fit.”

About Ripstone Games
Ripstone® is a global independent video games label founded in 2011 by game and film industry veterans. They fully fund the development, distribution and marketing of video games made by elite creative teams. They have financed and published 17 games across 45 SKUs, with global sales of over 10 million units.

Ripstone’s back catalogue includes Ironcast, Stick It To The Man, Pure Pool, Pure Hold’em and Chess Ultra. At their home in Liverpool, England they also have a world-class internal development team, whose credits include Plague Inc, Chess Ultra and The Spectrum Retreat.

The whole company focuses on providing a total, personal support service for developers, empowering them to make the very best PC and console games, ensuring gamers know about them, then rewarding the teams for success. They are particularly noted for their outstanding ability to nurture new and small developers. www.ripstone.com