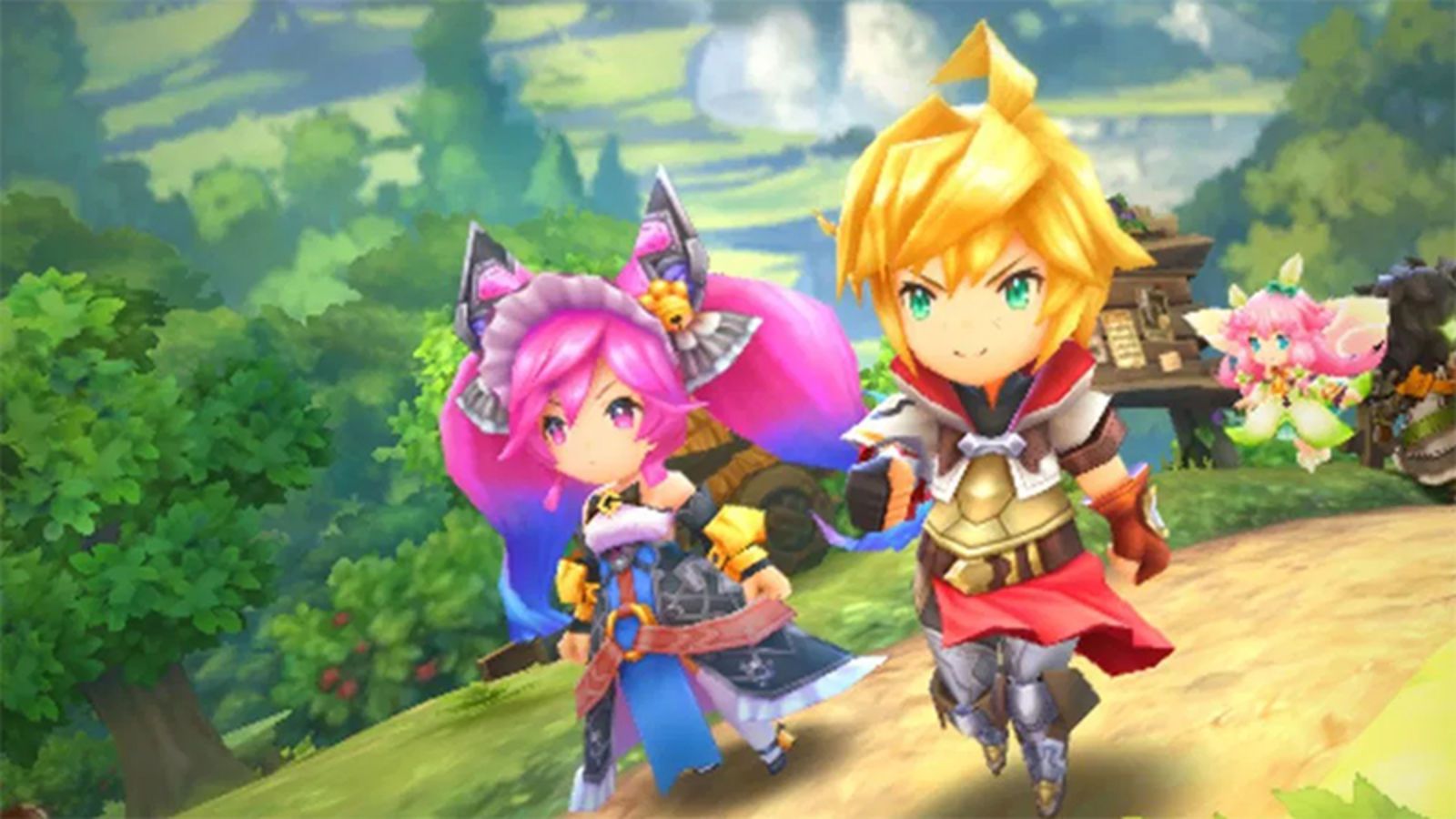 Additional features and improvements:
The features and changes below have been added to the game.
– The AI of adventurers in your party has been adjusted so that they use attacks and skills more often during quests.
– The Fafnir enemy appearing in the recurring event quest Avenue to Power (Beginner/Intermediate/Expert variations) no longer guards.
– The number of skip tickets you can acquire in a Daily Bonus has been increased to three.
– The number of skip tickets that you can buy in the shop has been increased to three in one day.
– The maximum held number of skip tickets has been increased to 99.
– The number displaying the amount of eldwater needed to strengthen a co-ability is now easier to see.
– For the upward swiping gesture on iOS devices, it now changes to Multitask during quests after inputting the gesture two times.
– Defeated enemies now disappear from the minimap immediately.
– The display speed of Notices has been increased.
– Adjustments were made to the power of Hawk’s skill Savage Hawk on stunned enemies.
– Adjustments were made to Nefaria’s skill Night of Antiquity concerning its power, and power against enemies afflicted with blindness.
– The rates displayed in the item summon’s Appearance Rates have been changed to display up to the thousandths decimal place. The summoning rates themselves are unchanged.

Issue fixed:
The following issues have been fixed.
– All of the gifts in the Dragon’s Roost were displaying as bread.
– While leveling up the Smithy, its level wasn’t being factored into the total Facility Level.
– Changing characters when one of them has the afflictions stun, freeze, or sleep, then switching back once the affliction has healed, was causing controls to be limited.
– For skills that grow stronger based on the number of buffs on a character, only sustained healing spells weren’t being factored in.
– Under specific conditions, you could be struck by status afflictions while shapeshifted.
– When choosing to repeat a mission from the quest results screen, the amount of stamina that should have recovered due to passage of time was not being reflected.
– For all of the items on the Friends screen, the might shown on the character that you tap would not reflect the equipped weapon or dragon.
– Opening Notices during events would sometimes cause the Notices screen to be displayed lower than the menu, preventing players from pressing the Update or Close buttons.