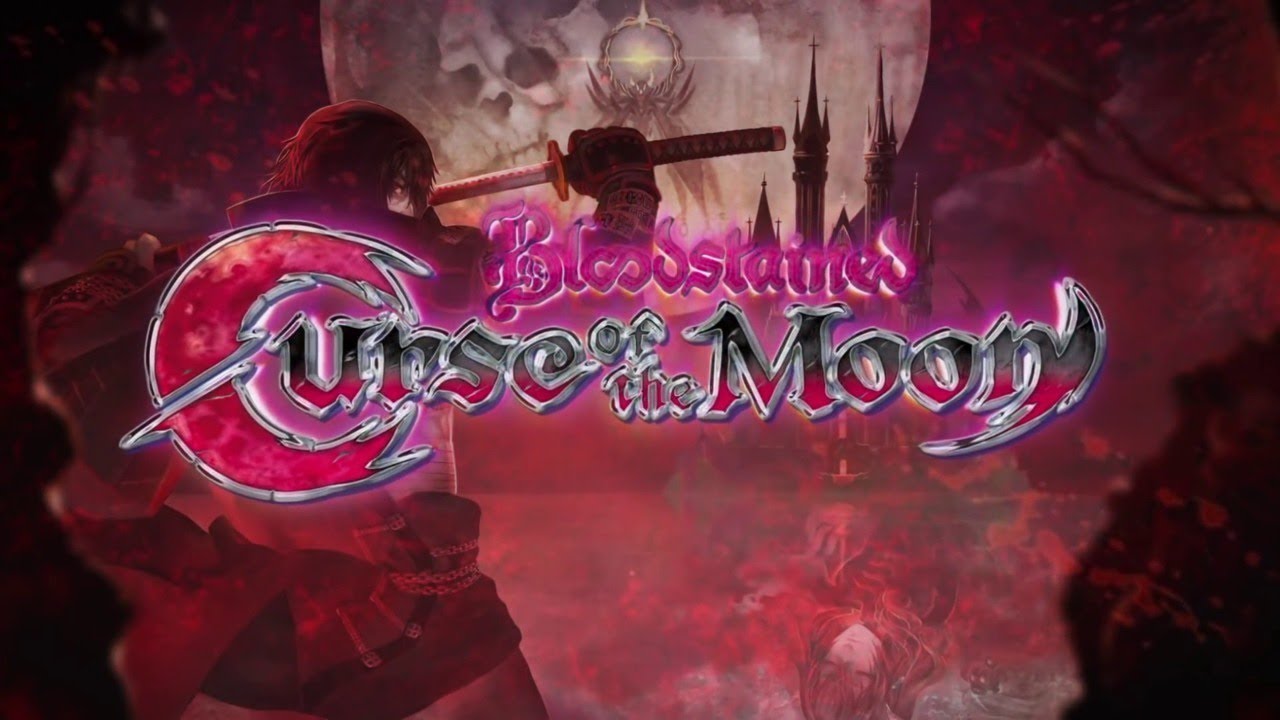 On May 12th, at a panel at BitSummit Volume 6 (Japan’s largest indie game event held at Miyako Messe in Kyoto), Inti Creates announced their latest project: “Bloodstained: Curse of the Moon.”

Curse of the Moon is packed with the retro charm that made the legendary 2D action games of the 80s so enjoyable.

Take control of one of four characters that can be interchanged at any time during gameplay: The sword-swinging exorcist Zangetsu, the whip-wielding heroine Miriam, the magic using alchemist Alfred, and Gebel, who can turn into a bat and take to the skies.

Finally, you can experience multiple endings depending on how you interact with the characters you meet.

“Bloodstained: Curse of the Moon” will release on Nintendo Switch, Nintendo 3DS, PlayStation 4, PlayStation Vita, Xbox One, and Steam for $9.99.

Survive the horrible night as you form new alliances and battle against demonkind in this retro-style action game! Thanks to the awesome success of the “Bloodstained: Ritual of the Night” Kickstarter brought to you by Koji Igarashi, this 8-bit spin-off has come to life! You play as the swordsman Zangetsu, and must decide if the adventurers you encounter throughout your journey will become friend or foe. Choose wisely, as your decisions will effect the ending of the game!

Battle through stages filled with fearsome enemies and dangerous traps, each with a massive boss waiting at the end.

After defeating the boss, you’ll meet with a fellow adventurer who was captured. Speak with them and convince them to join you on your perilous adventure!

You can instantaneously switch to allies you have recruited at any time! Allies have their own life bars, so with each ally you recruit, your survivability is greatly increased!

Each character has a unique attack style and range, giving you lots of versatility!

Allies have special, unique abilities which allow them to use shortcuts to skip parts of stages or access new areas!

There are no special items obtainable by going the long way around, so take every shortcut you can find! If your allies are out of commission, you’ll have to travel longer routes, where strong foes await. When their life gets low, be sure to switch them out so they’ll be available when you need them.

Curse of the Moon has a variety of endings which change depending on your play style throughout the game.

The choices you make when encountering the other adventurers for the first time are key.

Curse of the Moon has two play styles, “Veteran” and “Casual.” Choose “Veteran” style to experience a difficulty reminiscent of older games. Even if you’re a fan of challenging games, sometimes you just want to take it easy! “Casual” mode is perfect for times like that. On “Casual” style, things are more forgiving. Attacks don’t knock the player back, and lives are unlimited, alongside other changes.

Changing Style: Style can be changed when starting a game, loading a save file, or on the Game Over screen.

The protagonist of Curse of the Moon. He is a master swordsman who holds a deep grudge against demons and alchemists. With the highest HP and attack power, Zangetsu is a jack of all trades with no particular downsides. He can use 3 different sub-weapons: a ball-and-chain, magic charms, and demon essence.

Main weapon: Zangetsuto – The Zangetsuto blade slashes quickly but with a short reach. It’s easy to use, and due to its speed, can dish out high DPS.

Each character goes into battle with a number of sub-weapons or abilities that use WEAPON points
along with a single, unlimited-use main weapon.

Upon meeting certain conditions during the game, Zangetsu will awaken new skills.

Crescent Moon – A downward slash that attacks in a large arc.

Blood – Zangetsu can jump once more in mid-air.

A young woman whose body was implanted with Shards by alchemists. The long reach of her whip, along with her dagger, rapier, axe, and sickle sub-weapons, is perfect for taking out weaker enemies.She can jump higher than any other character, and her slide lets her access tight spaces!

Main weapon: Whip – Though slow to attack, her whip boasts incredible reach. She’s able to strike at enemies from outside their attack ranges.

With her 4 varied sub-weapons, Miriam’s combat ability rivals even Zangetsu’s. She’s also able to use her abilities to access routes that other characters cannot.

Special Action: High jump – Miriam is able to jump higher without any special command. Useful for evading, movement, and attacking.

Sub-weapon: Dagger – Throws a dagger straight forward. While their attack power is low, daggers can be thrown rapidly and consume few WEAPON points.

Special Action: Slide – Can pass through narrow passages. However, it is not particularly fast.

Sub-weapon: Axe – While its range is short, it delivers a powerful blow to enemies at close-range.

An alchemist who searches for the Liber Logaeth.
Alfred uses powerful alchemical magic for his sub-weapons.
Of his 4 different magic sub-weapons, his special lightning magic, Voltaic Ray, can take down bosses in one shot!
His weak point is his especially small life bar.

Main weapon: Rod – Alfred attacks with a rod weapon, but it is short and slow. You’d be better off finding other ways to fight.

With the right magic equipped and plenty of WEAPON points, he can waltz through any situation. However, his extremely small life bar requires special care.

Sub-weapon: Burning Sphere – A temporary barrier of flame. Works well in situations with many enemy projectiles or low-health enemies.

Sub-weapon: Frostcalibur – Fires an immense sword of ice directly forward. Enemies it contacts will be frozen and can be used as platforms. Enemies aren’t all it can freeze…

Sub-weapon: Voltaic Ray – The strongest alchemy. It attacks enemies repeatedly, but will be hard to find and equip.

Sub-weapon: Soul Vision – Produces a copy of Alfred directly in front of himself. While weak, it compensates for Alfred’s reach.

A young man who was also implanted with Shards like Miriam, he detests humans and alchemists alike. While Gebel does not have a sub-weapon, he uses his WEAPON points to activate his flight ability. Also, as his main attack is aimed upwards, he is naturally capable of extremely powerful anti-air combat! Along with his combat strength, he excels at acquiring items and travelling through shortcuts.

Gebel can use weapon points to transform and fly freely through areas. While his main weapon excels at anti-air combat, its trajectory leaves him powerless against crawling enemies.

Sub-weapon: Immortal Metamorphosis – Gebel transforms his body into a stained-glass bat, allowing him to fly in any direction.