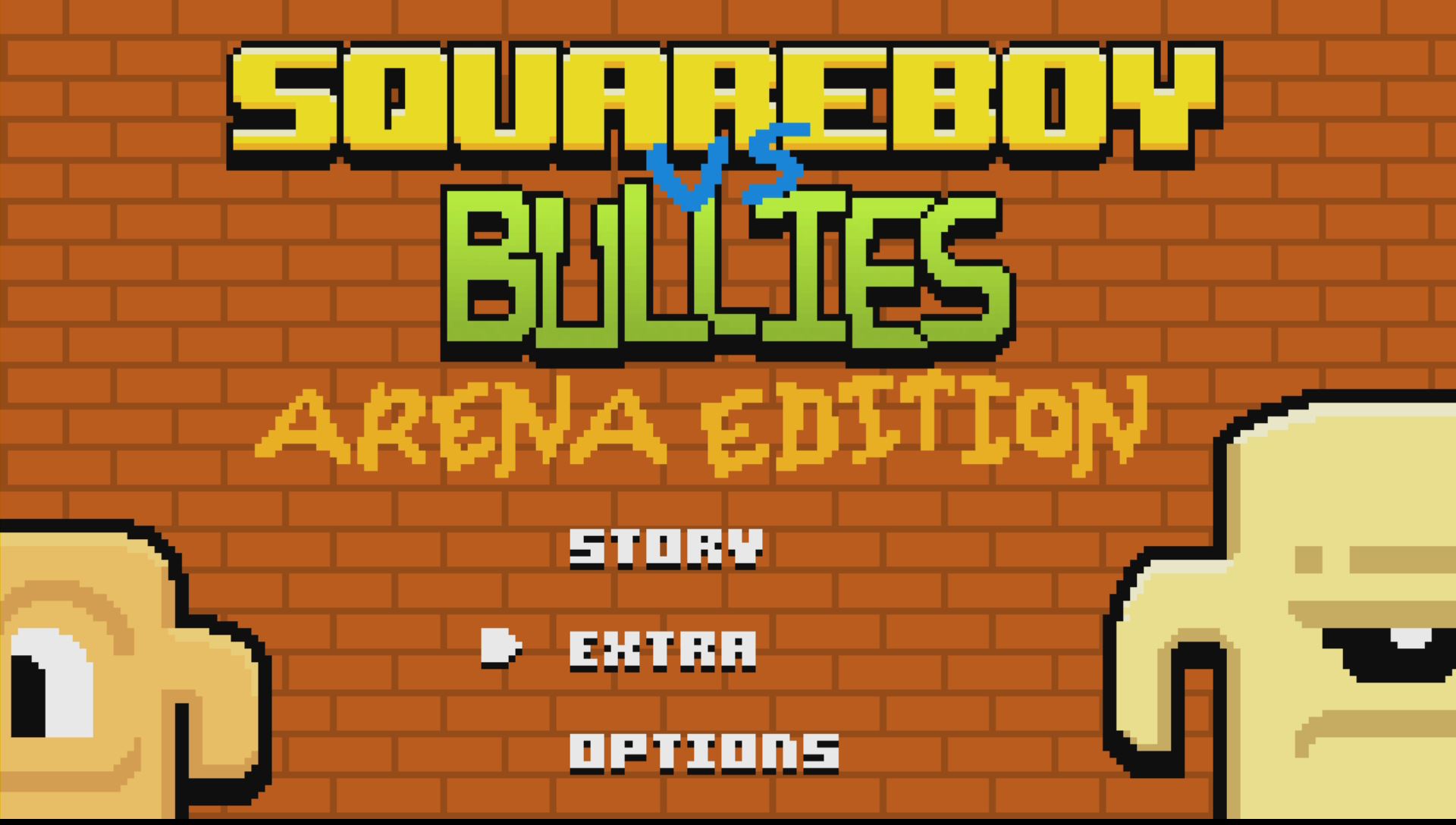 Squareboy vs Bullies: Arena Edition is an old school beat ’em up by Rohan Narang that follows the titular Squareboy and his quest for Justice!
For far too long the bullies have gone unpunished and with no one else to put them in their place, Squareboy finds himself standing up against them to do what is right, not just for himself, but for everyone the bullies victimized. Will you help Squareboy fight off the Bullies?

Features
Retro pixel art graphics and OST with 14 different chiptune tracks.
Fight in many different locations across Squareburg.
New Arena mode
Never before seen Bullies.
New UI screen that takes advantage of entire screen.
New co-op mode only for Nintendo Switch.
Those bullies think they can beat up anyone smaller than them and do anything they like. It is time for Squareboy to stand up for himself and show the bullies that he will not be pushed around anymore!
With your help Squareboy, must teach the Bullies the hard way that bullying is wrong!
Squareboy vs Bullies: Arena Edition price will be 4.99$/4.99€ depending on the region.
The game will launch on October 12th for Nintendo Switch and PS Vita, for both European and American regions.

Japanese version of Nintendo Switch will arrive a little bit later as well as Nintendo 3DS and Steam versions.