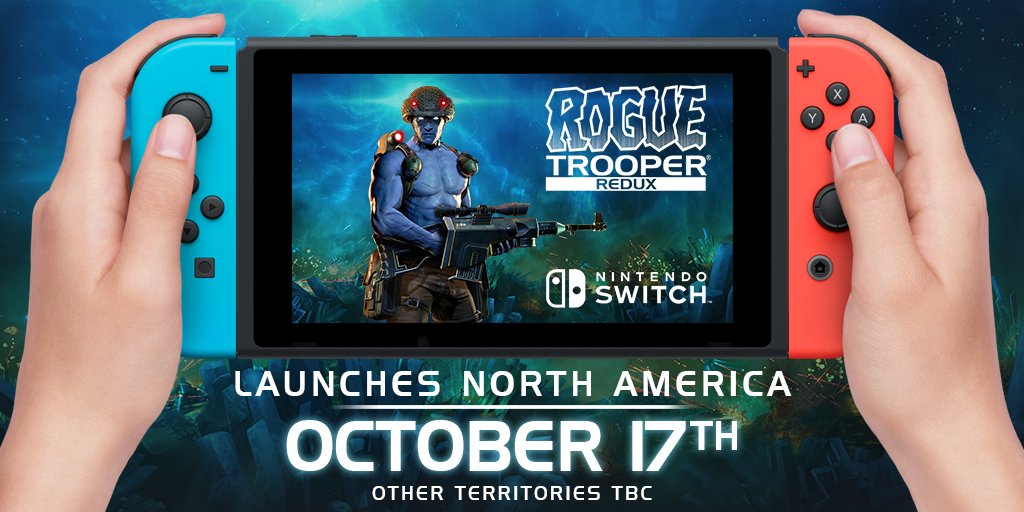 ROGUE TROOPER® REDUX deploys onto the blasted wastes of Nu-Earth later this month – including on Nintendo Switch!

Originally slated to release soon after other platforms, development of the Nintendo Switch edition has now finished ahead of schedule. Today Rebellion can reveal ROGUE TROOPER® REDUX launches on PlayStation 4, Xbox One and PC globally and on Nintendo Switch in North America on October 17th. The Switch edition for Europe and other territories is also targeted for October 17th, and a final release date will be confirmed soon.

Today’s brand new ‘101’ trailer showcases the pioneering third-person gameplay and features that made the original a cult classic, offering new fans a thorough debrief on the game’s universe, campaign, modes, and the unique biochip abilities that make Rogue a one-man army.

Featuring all-new gameplay footage, the 101 trailer digs deep into the game’s timeless features and action, including: