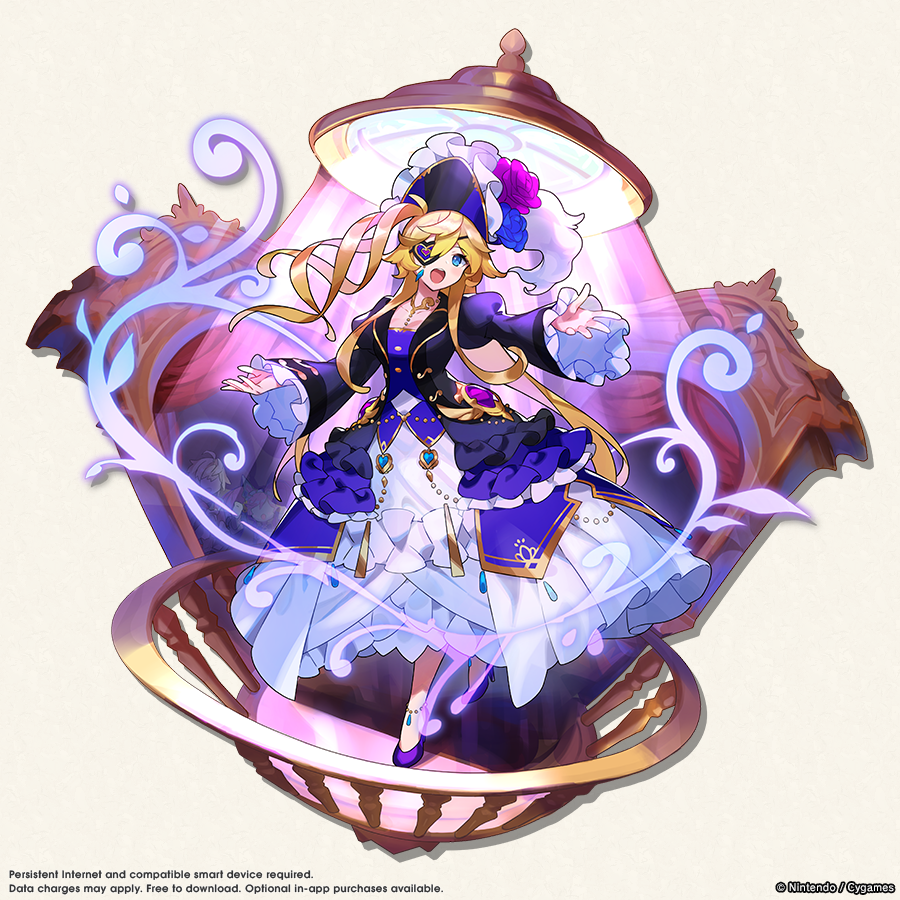 A summon showcase, The Phantom's Ransom, is scheduled to go live on Nov. 3, 10:00 PM PT! Appearance rates will be boosted for 5★ adventurer Opera Karina! #DragaliaLosthttps://t.co/iw9dOddtfP pic.twitter.com/h443zafQY8

A New Summon Showcase, The Phantom’s Ransom, Is Now Live!

Operatic Shanty
Creates a buff zone that lasts for 10 seconds
and increases the critical rate of adventurers
inside it by 15%.

(Shadow) Poised Light Res +7%
If a team member is attuned to Shadow:
reduces light damage taken by them by 7%
when they are in a buff zone.
Benefits your whole team.

Poised Obliteration +30%
Adds 30% to the modifier applied to critical
damage when the user is in a buff zone.

・The stats shown here do not include increases or decreases due to abilities, and represent the adventurer at level 80 with 50 mana nodes unlocked, not the stats when first obtained.
・Adventurers with the same name cannot be put into the same team.
Featured dragon:

Grand Concerto
Deals shadow damage to enemies directly ahead.
When the user is in a buff zone created by them
or another adventurer, the area of effect of this
skill will be increased, and 15% will be added
to the modifier applied to the user’s critical
damage for the remainder of the quest.

(Shadow) Strength & Critical Rate V
If the user is attuned to Shadow:
increases strength by 45% and critical rate by 20%.