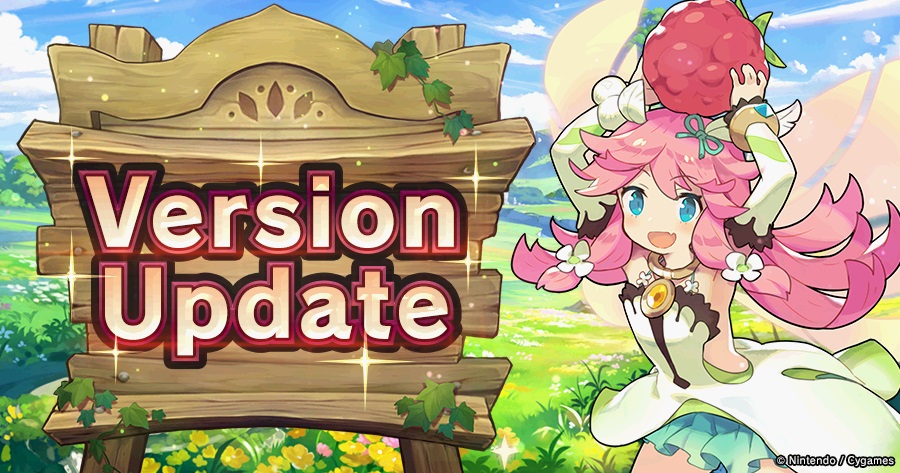 Version 2.0.0 was made available for download around 5:00 AM, Sep 25, 2020.
To celebrate the update, a Tenfold Summon Voucher has been sent to players who started playing before 5:00 AM, Sep 25, 2020.
This gift can be claimed from your goodie box for up to seven days after logging in. If the gift isn’t retrieved within seven days, it will be lost.
■Update Details
・A new game mode, The Alberian Battle Royale, is here!
Up to 16 players will battle for survival in this battle-royale mode. In each match of the Alberian Battle Royale, you will choose an adventurer from groups of up to nine weapon types (including the new manacaster) and upgrade them as the match progresses.
Adventurers who participate in the Alberian Battle Royale are not affected by dragons, weapons, wyrmprints, Halidom facilities, or the stats or effects of adventurers used during normal quests.
When you’re just starting out, you’ll be limited to choosing a sword, lance, or bow, but you can collect battle points as you play and redeem them at the treasure trade for items needed to unlock the rest. You can also redeem battle points for skins that change an adventurer’s appearance and other items.
Show your skill with your favorite weapon type by conquering all comers to reap the rewards!
▼Event Duration
5:00 AM, Sep 25, 2020 to 6:59 AM, Oct 31, 2020
For details on when this event will return after it has concluded, please await a future notification.
▼Conditions for Participation
Any player who has completed the first tutorial summon may participate.
For further details, please see the following notification:
The Alberian Battle Royale Is Now Live!

・A new weapon type, the manacaster, has been added.
Manacasters have three modes, and the mode available for use differs from adventurer to adventurer.
▼Manacaster modes
Long-range mode:
Specializes in attacks from long range.
Close-range mode:
Specializes in attacks from close range.
Rapid-fire mode:
Unleashes a rapid-fire barrage with a force strike.
▼3★ manacaster-toting adventurer gift
To celebrate the introduction of the manacaster, all players have been gifted with the long-range attack specialist Sharpshooter Joe. Adventurers of varying manacaster modes will be added over time through summoning events and more.

The Crafting Pack was added to Starter Packs in the in-game Shop at 5:00 AM, Sep 25, 2020. This pack includes diamantium and special endeavors. You can earn rewards by completing endeavors related to weapon crafting.
Notes:
・Endeavor rewards can be obtained even if the endeavor was completed before the pack was purchased.
・This product is not available in some countries/regions.
・A menu with options to reduce the app’s size has been added.
The Reduce Application Size menu has been added to the Help section on the Title screen. You can freely choose to enable or disable multiple options from three different groups.
Note: Deleting downloaded data will result in the app taking less space on your device, but this data will need to be re-downloaded if an option that requires it is enabled.

■Changes to Event Compendium rewards
Alongside changes to the weapon, crafting, and wyrmprint systems, certain Event Compendium endeavors, treasure trade rewards, and cumulative event point rewards have been changed as follows:
・Treasure trade rewards
For all Event Compendium events, wyrmprints are no longer exchangeable.
・Cumulative event point rewards
For all Event Compendium events, wyrmprints available as rewards have been changed to 300 eldwater.
・Regrading the 5★ wyrmprint The Greatest Gift
The 5★ wyrmprint The Greatest Gift, meant to be obtained after reading episode 5 of The Miracle of Dragonyule event in the Event Compendium, is temporarily unobtainable. This issue will be addressed in a future update. Thank you for your patience and understanding.
■Other Changes
・The title screen will display a 2nd anniversary illustration after the Verison 2.0.0 update is released until 7:59 AM, Oct 19, 2020.
・2nd anniversary stickers will be added at 8:00 AM, Sep 27, 2020.
・2nd anniversary voice lines will be available from 8:00 AM, Sep 27, 2020 to 7:59 AM, Oct 19, 2020. To listen to them, tap or press and hold an adventurer on the Adventurers screen or the Edit Team screen, then tap the magnifying glass icon in the bottom right corner of the screen. You will be able to listen to the voice lines on the screen that opens.
・A 2nd anniversary background music track, “a n n i v e r s a r y,” will be available from 8:00 AM, Sep 27, 2020 to 7:59 AM, Oct 19, 2020 in the System tab under Options on the Menu.
・The amount of astral shards necessary to exchange for items in the treasure trade for Astral Raids has been adjusted. Additions to the treasure trade item lineup will be made at 8:00 AM, Oct 01, 2020.
・The setting that hides the effects of actions (attacking, using skills, using force strikes, etc.) not performed by the controlled adventurer that is enabled by selecting Basic in Graphic Settings in Options has been made available at settings other than Basic.
■Issues Addressed
・When the adventurer Gala Alex shapeshifts into the dragon Ramiel and uses the ability Angelic Declaration, the effect that immediately readies the user’s second skill for use is not applied to the skill gauge.
・If the adventurer Albert’s Impulse Slash ability is unlocked, under certain conditions even if he is not electrified, the skill gauge does not always deplete when he uses force strikes.
・In Ayaha & Otoha’s Wrath on Standard and Expert difficulties, when either Ayaha or Otoha, but not both, is in the area of effect for a debuff zone placed by the player, the debuff zone does not always affect Ayaha & Otoha (human form).
・When the Burning Ambition buff applied by the adventurer Nobunaga’s Dream Offensive skill ends, it may damage enemies even if they are in an invincible state.
■Notes
1. It may take time for the store to reflect the updated information. Players may not be able to perform updates due to their device’s data cache being full. If you are unable to perform the update, restart your device, then try downloading it from the store.
2. Any adventurers and game screenshots shown are still in development.
Thank you for playing Dragalia Lost.