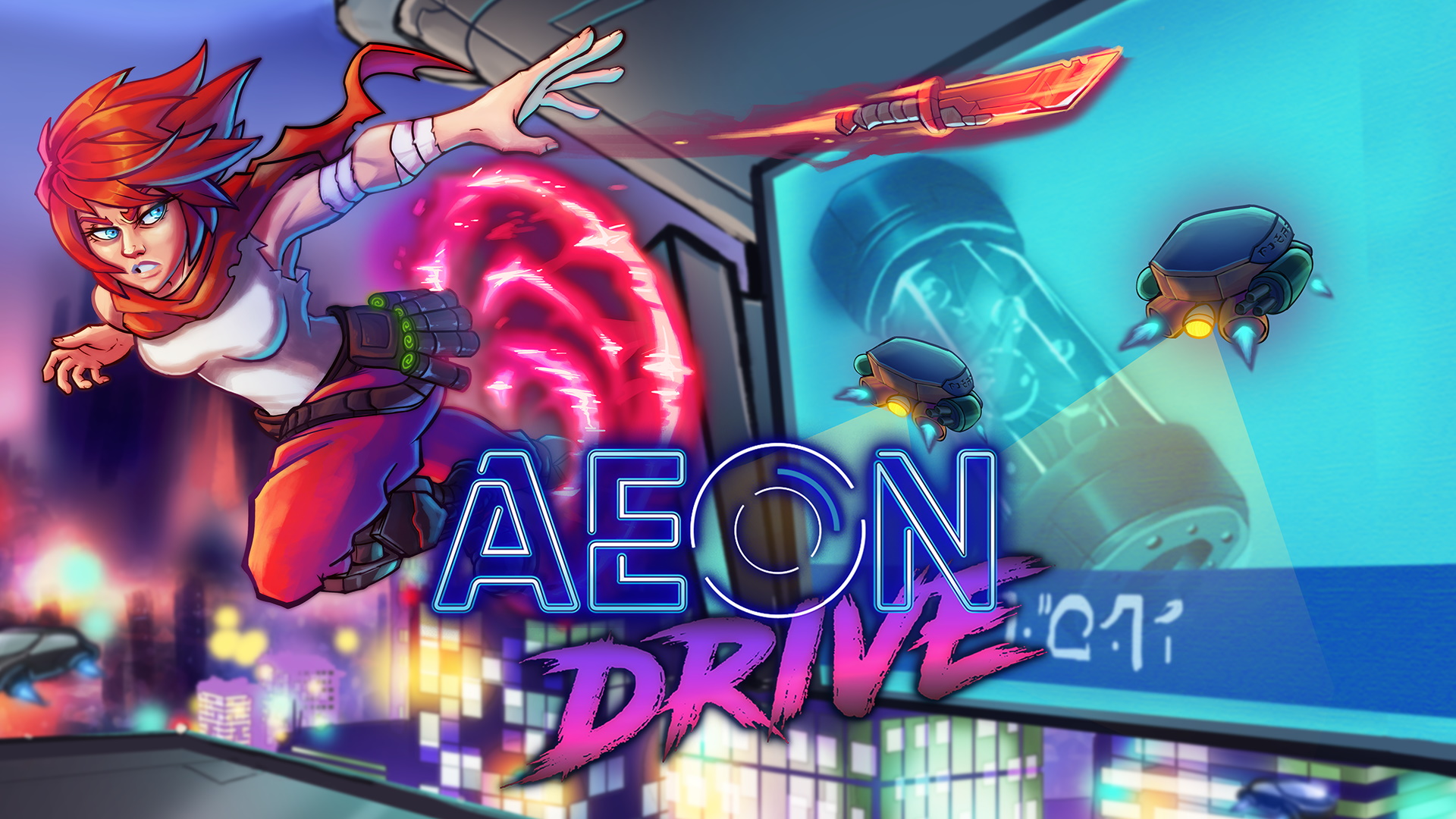 Aeon Drive speedruns on Steam and consoles this summer!

The Netherlands, July 22nd 2020 – Earlier this year we announced our second project after releasing Dimension Drive in 2017. Now, we’re happy to announce that Aeon Drive will launch on PC and consoles later this year. Aeon Drive is a speedrun action platformer set in Cyberpunk Barcelona. As of now in open alpha (just join our Discord and start playing), today we reveal Aeon Drive’s Steam page and a new action packed trailer!

We keep running (pun intended) and the news keep on coming as we’re proud to announce that Aeon Drive will be part of Indie Arena Booth line-up at Gamescom 2020! We’ll reveal more on this and through are cool partners at Indie Arena.

Aeon Drive will arrive for Steam and consoles this year and a free alpha is available through our Discord now!

About Aeon Drive
Aeon Drive is an action platformer game set in a cyberpunk version of Barcelona. The player controls Jack, a stranded space pilot on a quest to retrieve faulty pieces of dimension-bending machinery in order to preserve the space-time fabric of the universe. Jack will have to overcome a myriad obstacles using her sword, her teleportation dagger, and her unique skill to control time.

Enjoy a sweet and shooty holiday in a cyberpunk version of tourist darling Barcelona.

Real-time difficulty adjustment – collect time-warping devices and use them strategically!

Compete against friends and Ashajuls through Discord integration and Steam Leaderboards.

Streaming mode to share your exploits with the rest of the galaxy.