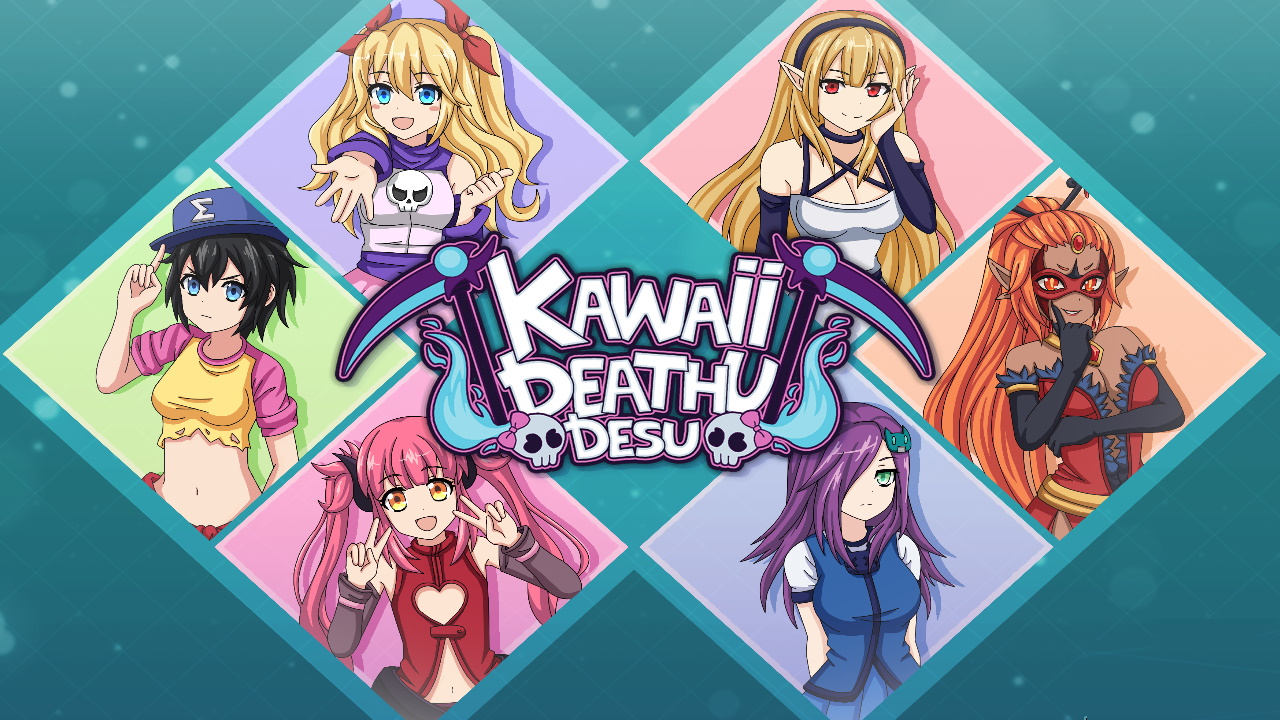 Collect the souls of your fandom as an idol from the underworld!

In Kawaii Deathu Desu, supernatural beings find themselves incarnated as cute Japanese idols! Halfway between cute and terrifying, these hellish idols start a competition that spans the world with a singular goal; to decide who can claim the throne of the underworld. What type of competition will this be, however? As beings of the underworld, the next to inherit the throne will be determined by whoever can collect the most souls from faithful followers. With that in mind, as idols, there’s no better way to victory than mowing your own fans at shows!

For fans of fast-paced beat’em ups, you’ll feel right at home here. Pick a supernatural idol and beat the hell out of – no pun intended – as many overzealous fans as you can.

• Simple, Addictive Mechanics – Play with just two buttons; easy to pick up, hard to put down.
• Fast-paced Gameplay – Quick matches that makes you enter on a frenzy!
• Hi-Fidelity Graphics – Beautiful pixel art, visual effects and clean sound effects
• Special Abilities & Unique Characters – Every idol has a special power that can be activated during the the show, as well as a unique gameplay style.
• Travel the world – Perform in lots of different arenas and stages as you travel the world to collect souls
• Replayability – Each show has three different modes; prove your worth with a high score to aim for the leaderboards.
• Customization – Use souls to choose outfits for each idol to change their appearance to your liking
• Competitive Local Multiplayer – Go head to head with a friend in couch PvP mode!
• Unlockable Content – Unlockable gallery images, achievements, music, and more for the completionist in you.