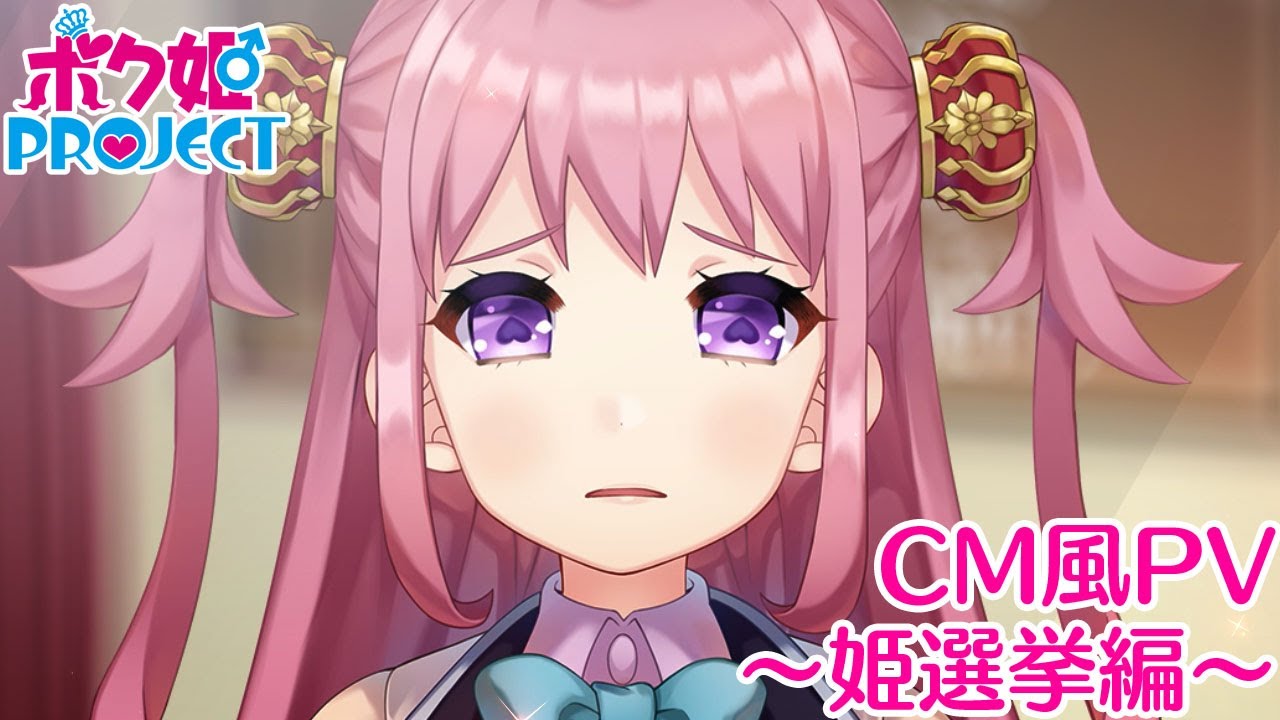 Bokuhime Project is Nippon Ichi Software’s first cross-dressing game. To convince our confused company whether or not there really is demand for a cross-dressing game, we opened an official Twitter account, serialized a comic, and carried out various activities prior to the development of a game. As a result, we were able to build up a strong relationship of trust with the fans and amassed over 10,000 followers on Twitter.

To meet the fans’ expectations, Nippon Ichi Software will release Bokuhime Project as a PlayStation 4 and Switch title on April 23, 2020 (in Japan). This is a a cross-dressing “awakening” adventure game that anyone can enjoy, so please look forward to it.

“Private Yuriai Academy,” a school for super refined young ladies where that is made up of 99 percent female students. The rules of the school are all about “cuteness.”

To save his older sister who was caught up in a mysterious incident that occurred at the school, protagonist Minato Ikusa enrolls at the school as a “female student,” and must improve upon his “cross-dressing” to become the school’s top beauty.

However, the school has “four princesses”—four beauties of exceptional cuteness.

The cross-dresser boy versus the super beautiful girls. An unprecedented showdown of “cuteness” begins—now! She enjoys housework, and specializes in cleaning and self-defense. Since she magnificently fended off a pervert at the school entrance ceremony, she is popular throughout the school as the “Battle Princess.” With her neatness, politeness, and good manners, she is adored by her classmates as “Big Sis.” However, there are many mysteries about her background… Erika Ikusa’s true appearance. He is actually a boys’ high school student who decided to sneak into a school for refined young ladies in order to discover the truth behind the incident that happened to his older sister Marika. While he really wants to become a “manly man,” he has an extreme sister complex in that he worships his older sister Marika and will therefore bottle up his shame to take on the challenge of “cross-dressing.” The cousin and childhood friend of protagonist Erika (Minato). She is the real “Erika Ikusa” and mastermind behind the cross-dressing Minato. Minato goes to school in her place as she is a natural-born shut-in who would rather stay at home and play video games. A self-deprecating cynic, she comes off as harsh towards Minato, but loves him in reality. A girl with the appearance of an angel, but who is actually devilish and charismatic. With her ingenious fashion sense and makeup skills, she is also a popular fashion model among high school girls. While she has a sharp tongue in that she calls the other students “weeds,” she is also sincere in that she never laughs at the strides of others. In fact, she is actually a secret otaku to a very extreme degree. An easygoing girl with long black hair, who wears a haori and does things at her own pace. She gives off an “old Japan atmosphere” to an extreme degree, specializing in things from flower arrangements to tea ceremonies, Japanese-style dancing, and koto. However, since she was raised in isolation from secular society, she has had no ties to men or western culture until now, and cannot bake or speak English. A top idol popular all over Japan, she is the beauty known as the school’s top princess—the “Princess Empress.” She is the manifestation of beauty. If she winks towards you up close, you might be blown away by how cute she really is. While she rarely attends school due to her busy lifestyle, she for some reason sometimes appears in front of Minato to have friendly conversation. There are many mysteries in her actions such as these. As Elmes’ older sister, she is a “knight” who protects her. From her beautiful appearance to her elegant posture, she is known as the princess “knight.” While she is kind and looks out for others, she can also be troublesome in that she cannot help but make a move on any beautiful girl she sees… Erika’s older sister Marika was a close friend of hers.

Sneaking into a school by cross-dressing!? Academy life at a school for refined young ladies!!

The protagonist Minato Ikusa is a boy who believes that guys must protect girls and wants to become a strong man to do so. Nevertheless, he ends up cross-dressing to sneak into a school for refined young ladies!

Furthermore, he will try to become the beauty among beauties in a popularity showdown against the school’s top beauties—the “four princesses”!

—As if a regular occurrence, Akira says something unexpected. However, to discover the truth behind his older sister’s incident, Minachin (Minato Ikusa) will start academy life at a school for refined young ladies as a girl named Erika Ikusa. To save his older sister, Minato is forced to become a beautiful girl and interact with the other schoolgirls. However, the girls at the school for refined young ladies have no hesitation when it comes to physical contact between girls! To hide the true identity of the Battle Princess Erika Ikusa, he must master cross-dressing!

—Physical contact between girls tends to be at a very close range. The girls who do not know Erika’s true identity will attempt to get closer without hesitation, and the more intimate they become as friends, the closer their touch will become. However, that also comes with the risk of revealing Erika’s true identity… Interacting with the Heroines

By cooperating with Akira and interacting with the four princesses, Minato will improve upon his cross-dressing as the Battle Princess Erika Ikusa.

—Rira, the “Princess Gal,” brings girls to their knees and laughs daringly. Erika’s rivals, the “princesses,” are a real set of scoundrels. —Dahlia is with a girl who gets a nosebleed and screams. Her dignified figure and appearance is even misleading to other girls. Will Erika be able to mimic such behavior…?