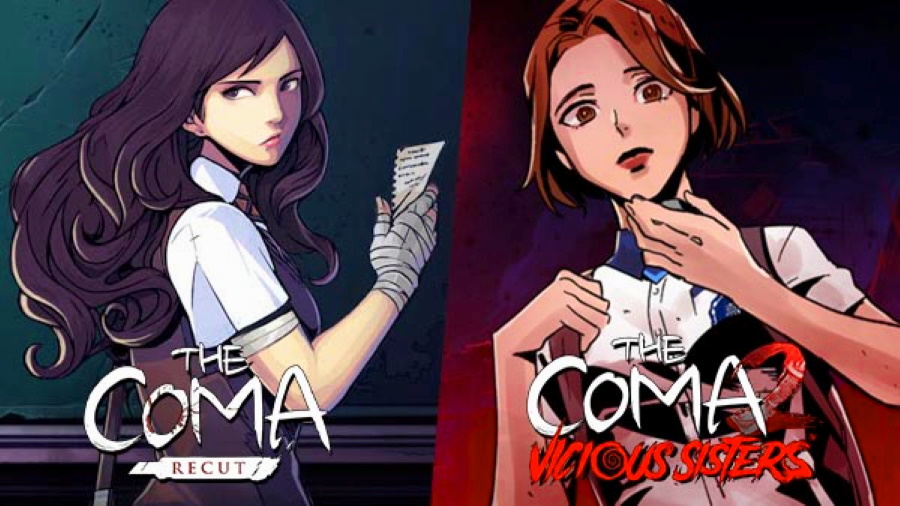 A New Lesson in Terror

The good news is your school is about to explode. The bad news is… you’re trapped in it with her.

The Coma is back, recut and remastered. Explore this horror-fest of the Korea indie cult classic with an all new visual upgrade and mechanics.

After spending all night studying for the last day of Sehwa High’s final exams, Youngho has an eerie dream. He arrives at school the next morning and learns someone tried to commit suicide in school the night before. Despite this, class goes on!

Youngho drifts asleep during the final to find himself trapped in the school at night. The only problem is…he’s not alone. You can run. You can hide. Can you survive while piecing together the nightmarish mystery of Sehwa High?

The Coma 2: Vicious Sisters is a Korean survival horror-adventure. As Mina Park, you must venture from your deserted school to survive. Explore the surrounding Sehwa district to uncover the shadow realm’s secrets and avoid the psychotic killer hellbent on ending your life!

Mina Park, a student of Sehwa High, awakens at night in her school. It isn’t long before she realizes that something is amiss. The once-familiar school where she spends her evenings studying looks twisted by something dark and sinister. She finds herself pursued by someone or something that looks eerily like her teacher. To survive, Mina must venture beyond the boundaries of her school and into the surrounding district. There, she will encounter strange creatures, mysterious strangers, and uneasy allies.

The Coma 2: Vicious Sisters is an atmospheric, story-driven game. Immerse yourself in the warped Sehwa district as you encounter an engaging cast of characters, solve puzzles, discover revealing clues, and fight for survival against a relentless psycho.

Heroines, forced to confront their worst fears, rarely emerge unscathed. Over the course of the story, Mina will encounter dangerous scenarios from which she could sustain permanent damage. Craft items to anticipate future dangers to avoid injury.

Dark Song is now more fearsome and powerful than ever before. Falling into her grasp could spell instant death. Running and wielding your flashlight makes you an easy target. You must precariously balance the urgency of exploration with your absolute need to survive!

Fear Dark Song’s relentless pursuit to kill you, now with an all-new AI.

Explore the nightmarish district of Sehwa and discover its dark secrets.