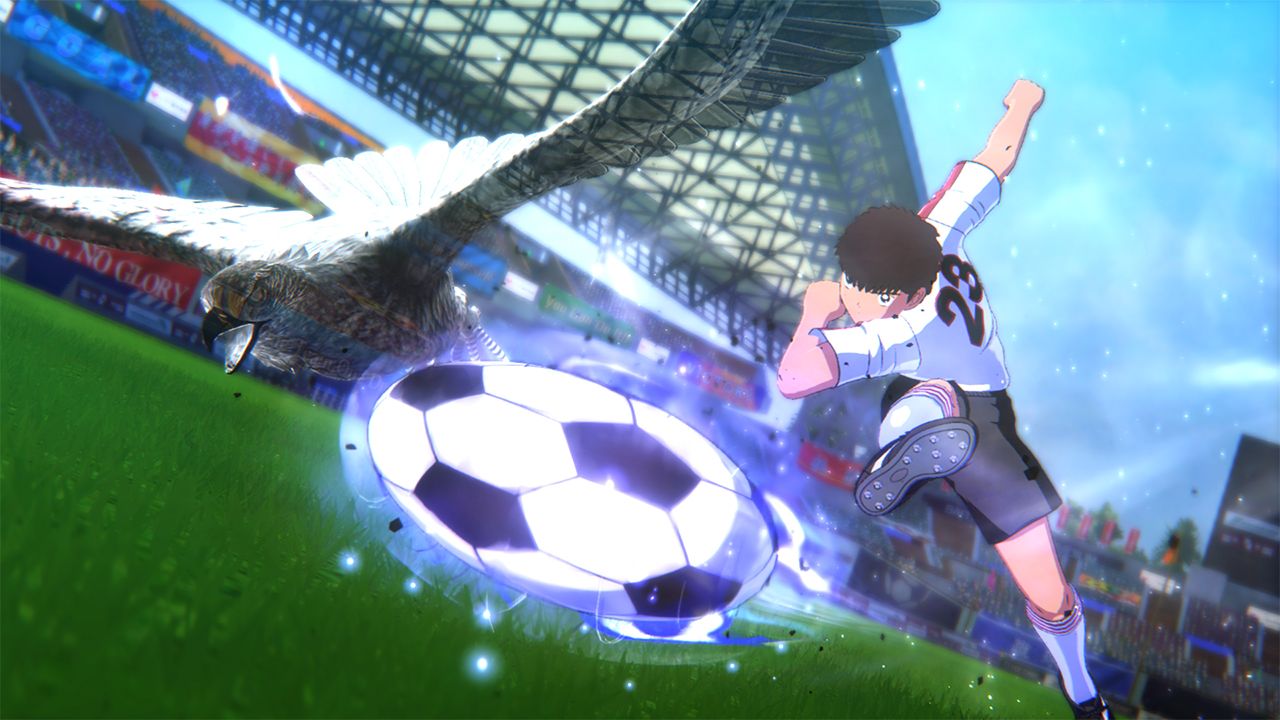 Become the new legend of football in CAPTAIN TSUBASA: RISE OF NEW CHAMPIONS!

In Episode “NEW HERO”, you’ll have the option to create your very own character and join one of three prestigious middle schools known for their talented teams with key strengths:

Once you’ve created an avatar in your likeness and picked a club, your aim will be to defeat Tsubasa Ozora’s team, Nankatsu Middle School, and compete to join the NEW HERO League!

After the national tournament, players were about to leave their school team when they heard about an unexpected tournament – the NEW HERO League: this competition was going to be held to select the best players for Japan’s All Star Team, as the International Junior Youth Tournament was cancelled.

Get ready to experience dramatic stories and different outcomes depending on the school you choose, and build friendships with your favorite players to increase your “friend rank”!

By bonding with a specific character above a certain level, you may even acquire the character’s unique skill and special move.

Forging close friendships with your team members will help stack the odds in your favor to defeat your rivals!

Rise to the occasion when CAPTAIN TSUBASA: RISE OF NEW CHAMPIONS comes out later this year on PS4, PC and Switch!