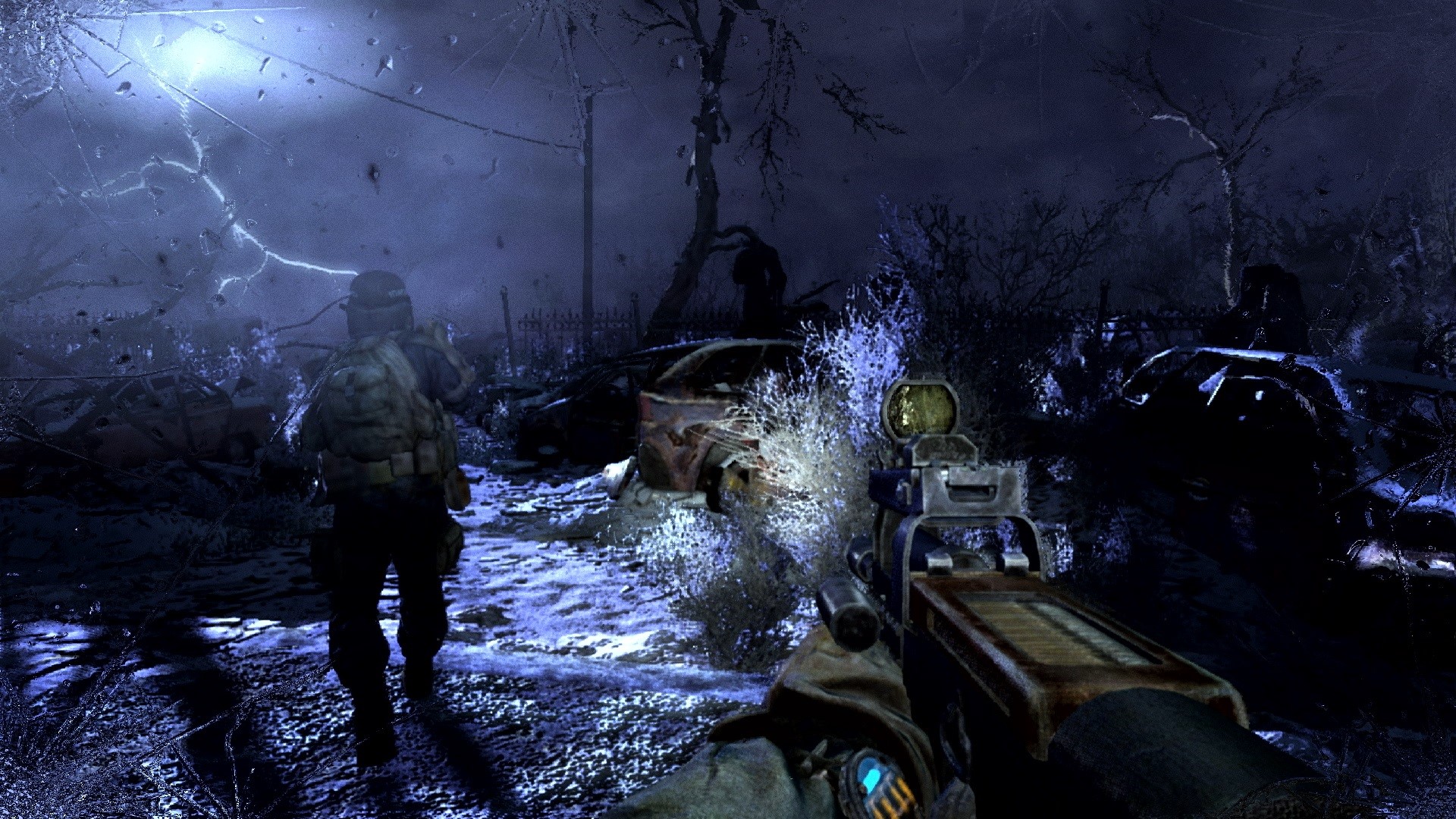 Brave the horrors of the Russian Apocalypse in February 2020

Moscow, 16 January 2020 | Deep Silver and 4A Games are proud to announce that Metro Redux, the ultimate double game collection, including the definitive versions of both Metro 2033 and Metro: Last Light, will release on Nintendo Switch™ on 28 February 2020.  Developed in-house by 4A Games, and containing two complete campaigns which combine to create one epic solo adventure, Metro Redux  will immerse players into one of the most atmospheric worlds in gaming, fully brought to life on their Nintendo Switch™.

In addition to both campaigns, Metro Redux contains all the Metro: Last Light DLC  offering a further 10 hours of bonus content.  Players can experience life in the Moscow Metro through two unique Play Styles: use the “Survival” Play Style to approach the campaign as a slow burn survival horror or tackle it with the combat skills of a Ranger with the “Spartan” Play Style.

Purchasers of the boxed edition of Metro Redux will find both games and all DLC on one 16GB cart with no additional download required; The Ranger Cache pre-order pack is available at selected retailers and contains a Metro Redux pin badge set, Game case sleeve, Double sided alternate artwork inlay, 4 double sided art cards and an A2 double sided poster.

Those who prefer to download digitally can purchase Metro 2033 Redux and Metro: Last Light Redux individually from the Nintendo e-Shop.

Story:
In 2013 the world was devastated by an apocalyptic event, annihilating almost all mankind and turning the earth’s surface into a poisonous wasteland. A handful of survivors took refuge in the depths of the Moscow underground, and human civilization entered a new Dark Age.

The year is 2033. An entire generation has been born and raised underground, and their besieged Metro Station-Cities struggle for survival, with each other, and the mutant horrors that await outside. You are Artyom, born in the last days before the fire, but raised underground. Having never ventured beyond the city limits, one fateful event sparks a desperate mission to the heart of the Metro system, to warn the remnants of mankind of a terrible impending threat.

But will they even listen? Rather than stand united, the factions of the Metro are locked in a struggle for the ultimate power, a doomsday device from the military vaults of D6. A civil war is stirring that could wipe humanity from the face of the earth forever.

Key Features:
·    Immerse yourself in the Moscow Metro – witness one of the most atmospheric worlds in gaming brought to life on Nintendo Switch™
·    Brave the horrors of the Russian apocalypse – equip your gasmask and an arsenal of hand-made weaponry as you face the threat of deadly mutants, human foes, and the terrifying environment itself
·    Two campaigns, and all DLC included – Metro Redux includes two complete campaigns that combine to create one epic solo adventure, plus a further 10 hours of bonus content. Two unique Play Styles and  Ranger Mode add hours more replayability!
·    Two unique Play Styles : ‘Spartan’ and ‘Survival’ – approach the campaign as a slow burn Survival Horror , or tackle it with the combat skills of a Spartan Ranger in these two unique modes

ABOUT DEEP SILVER
Deep Silver develops and distributes interactive games for all platforms. The Deep Silver label means to captivate all gamers who have a passion for thrilling gameplay in exciting game worlds by creating products of the highest possible quality, always focusing on what the customer desires.

Koch Media is a leading producer and distributor of digital entertainment products (software, games and films). The company’s own publishing activities, marketing and distribution extend throughout Europe and the USA. The Koch Media group has more than 20 years of experience in the digital media business, and has risen to become the number one distributor in Europe. It has also formed strategic alliances with numerous games and software publishers: Bethesda, Capcom, Kaspersky Labs, NC SOFT, Sega, Square Enix and Tecmo-Koei, etc. in various European countries. With Headquarters in Planegg near Munich/Germany, Koch Media owns branches in Germany, England, France, Austria, Switzerland, Italy, Spain, the Nordic regions, Benelux and the United States.

ABOUT 4A GAMES
4A Games is a multicultural, multinational video game development studio with offices in both Malta and Ukraine – known for its atmospheric first-person shooters Metro 2033, Metro: Last Light, and Metro Redux.

Established in Kiev, Ukraine in 2005, the studio was founded by a passionate team of game industry veterans with the goal of creating AAA-quality games for current gaming PCs and then “next-gen” game consoles. In 2014, the studio moved its headquarters – along with more than 50 team members and their families – from Ukraine to the island of Malta.

Currently at the heart of the company are over 100 talented designers, programmers, artists, effects specialists, and writers from all over the world with a diverse and unique set of backgrounds – bringing countless years of experience in software development and computer games in particular. To learn more, please visit www.4A-Games.com