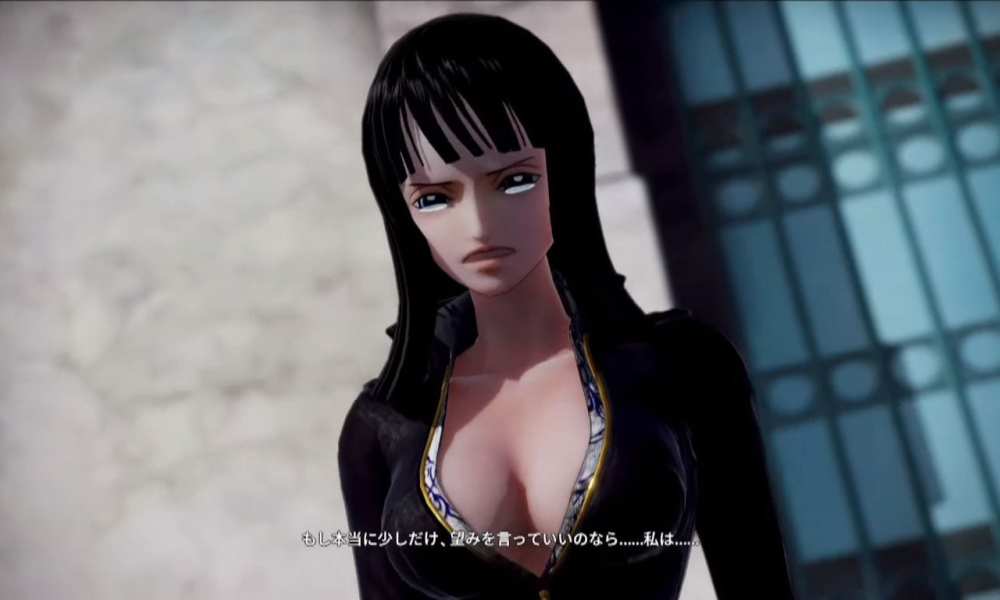 The genius navigator who can predict any weather!

Nami uses her vast knowledge of navigation and natural talent for reading the weather in order to steer the ship. The crew couldn’t have gotten to where they are today without her! From an early age, Nami excelled in making nautical charts. Her dream was to create a map of the entire world. She came to hate pirates after a certain crew took over her hometown, but after Luffy saved her, she joined the Straw Hats.

Nami is arguably the most level-headed of the crew. Not only does she set the ship’s course, she’s the team mom who looks after the others. She’s also very strict with money, and anyone who overspends in her presence will soon regret it.

He’ll do anything to be the world’s greatest swordsman!

Zoro is the first member of the Straw Hat Pirates and Luffy’s most trusted swordsman.

When he was young, he learned sword skills alongside his friend and rival, Kuina. Sadly, she died in a tragic accident. Now Zoro works hard to keep his promise to her by becoming the world’s greatest swordsman. To that end, he is endlessly dedicated to his training. He prefers a challenge and will gladly risk his life fighting the strongest possible opponent.

Loyal with a heart of gold, Zoro is a pillar of support who would do anything for his trusted friends. While he supports Captain Luffy from the sidelines, if push comes to shove, he’s not afraid to show some tough love.

The chef with a mastery of kick-based combat!

Formerly the assistant chef at the ocean-going Restaurant Baratie, Sanji has a foul mouth, but his cooking is first-rate. He dreams of finding the All Blue, a legendary ocean that contains seafood ingredients from all over the world.

As the resident chef, Sanji can cook everything from large feasts for big eaters like Luffy to more intricate dishes for the female crew members. He loves to learn about obscure ingredients and dishes, then master them to hone his skills. He’s also a talented fighter using the kick-based combat he learned from his mentor, Red-Leg Zeff.

While Sanji is merciless against men, he has a deep weakness for women. His quick thinking and ingenuity has saved the crew countless times.

The sniper who yearns to be a warrior of the sea!

Usopp longs to be a brave warrior of the sea like his father Yasopp, the sniper of the Red Hair Pirates. Having inherited Yasopp’s sharpshooting talent, he serves the same role for the Straw Hats. Versed in lying and bluffing, he’s prone to boasting, but this can help him in a fight. Deft of hand, Usopp is talented in crafting new tools and weapons. He was in charge of ship repairs until Franky joined.

Usopp has a pessimistic, cowardly personality. Dangerous adventures and powerful foes often get the better of him, but he summons all his courage to stand up once more and continue on the path of a true warrior of the sea!

What is One Piece: Pirate Warriors?

One Piece: Pirate Warriors is a very popular series that has sold over four million copies. One Piece: Pirate Warriors is a game created by the collaboration between Bandai Namco Entertainment and Koei Tecmo Games! Based on the concept “a great adventure with great friends,” it is a popular series where you can experience the exhilarating adventure of One Piece, depicted in anime style!

What is One Piece: Pirate Warriors 4?