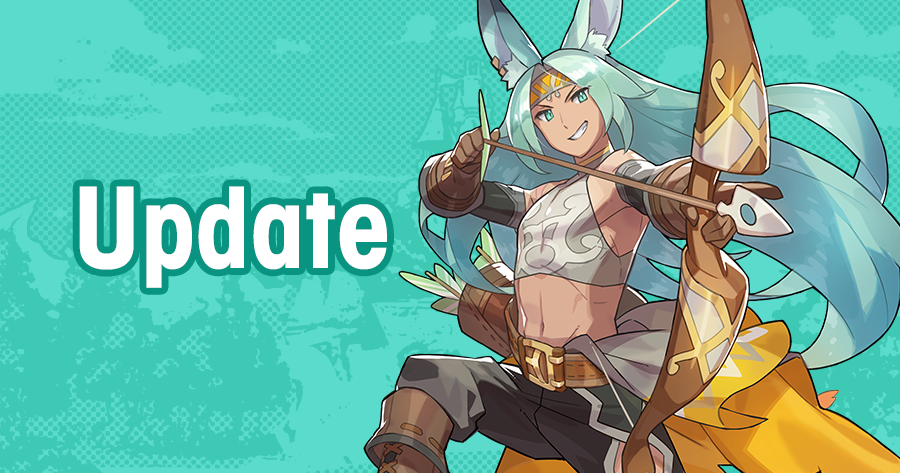 Update 1.15.0 will be available for download around 4:00 AM, Dec 25, 2019.
You may install it when it becomes available; otherwise, an automatic update will occur at approximately 4:00 AM, Dec 26, 2019.
When you update to version 1.15.0 and play co-op, you will no longer be matched with players using earlier versions of the game. Rooms created by players playing earlier versions will not display in the Room List, and you will not be able to join them using Find a Room or Join Nearby Players. Additionally, if you input an ID using Enter an ID, the room will display, but you will not be able to enter it. Lastly, rooms created by alliance members playing earlier versions will be visible in the alliance chat, but you will not be able to join the room. The “All set, thanks!” message will display in such cases.
To celebrate the update, we’ll be sending all players a Tenfold Summon Voucher after the automatic update.
This notice will be modified after they’ve been distributed.
Note: The Tenfold Summon Voucher will not be distributed until after the automatic update, even if you complete the update to version 1.15.0 early.
■Update Details
・It will be possible to change teams before selecting a co-op room
You will be able to change your team before entering a room, such as on the quest’s co-op screen or the room list.

・Shop UI changes
We will adjust the shop layout.

・Increased Halidom level cap
We will raise the Halidom’s maximum level to 10 at 7:00 AM, Dec 26, 2019.
■Other Changes
・The 2D illustration for when Halloween Mym shapeshifts will be changed to a unique image at 3:30 AM, Dec 25, 2019.
・We will adjust the heads of the 3D models for some characters starting 7:00 AM, Dec 26, 2019.
・We will change the name of the skip tickets you can purchase in the shop to 5 Skip Ticket Set.
Note: This change does not affect the price or content of the item.
・We will increase the height of effect for buff zones produced by certain skills.
Note: This change will make it so that the skills of certain characters who jump when they use their skills are still affected. The area of effect will not be changed.
▼Affected Skills
Gala Prince’s Rising Circlet skill
Wedding Elisanne’s Sacred Union skill
Akasha’s Vital Gate Skill
・You will be able to purchase a 4 Exquisite Honey Set item from the shop on the Today tab under Upgrade Essentials (called Upgrade Essentials & Packs after the layout adjustments).
■Issues Fixed
The following issue has been fixed in this version:
・The position of the text bubbles that display for obtained items on the quest results screen is sometimes shifted downard.
Notes:
1. It may take time for the store to reflect the updated information. Players may not be able to perform updates due to their device’s data cache being full. If you are unable to perform the update, restart your device, and then try downloading it from the store.
2. Any adventurers and game screenshots shown are still in development.Thank you for playing Dragalia Lost.