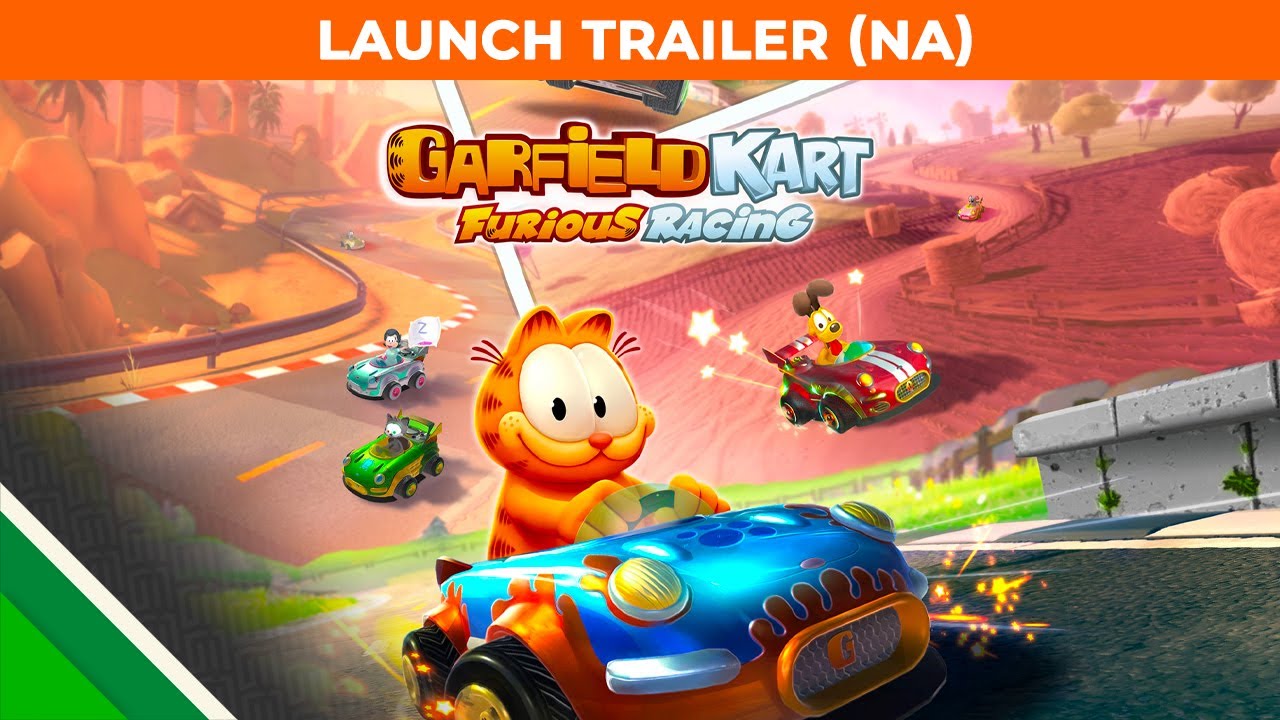 The famous lasagna-loving orange cat hits the shelves on PlayStation 4, Xbox One, Nintendo Switch and Steam!

Bring your family and friends together for up to 8 players online craziness and up to 4 players split screen action on PC, Xbox One and PlayStation 4. The Nintendo Switch version will allow 2 players to play in split screen mode, but players can take advantage of local, wireless connection to connect up to 8 consoles!
Three game modes will be available to please even the toughest of drivers: Grand Prix, Single Race and Time Trial.

Fans of racing, cats and lasagna: get ready!

Garfield, the world-famous cat, is back to take on Jon, Odie and their friends in this racing game where anything goes! Each of the available characters and karts (which can be customized with dozens of accessories) has its own characteristics and a unique driving style: make a strategic choice to match your play style so that you can cross the finish line in first place! Get off to the best start on the starting line and master tough skids to save time and win the race.

Crazy bonus items will be available too, including the pillow and the magic wand, to give you the edge over your competitors. And if you are as lazy as Garfield, take shortcuts and use the Spring to overtake everyone else!

Ready to cross the finish line?
Reunite today with The Garfield Show series’ 8 iconic characters on PC and PlayStation 4, Xbox One and Nintendo Switch in Europe (the console version will launch on November 19th in North America).