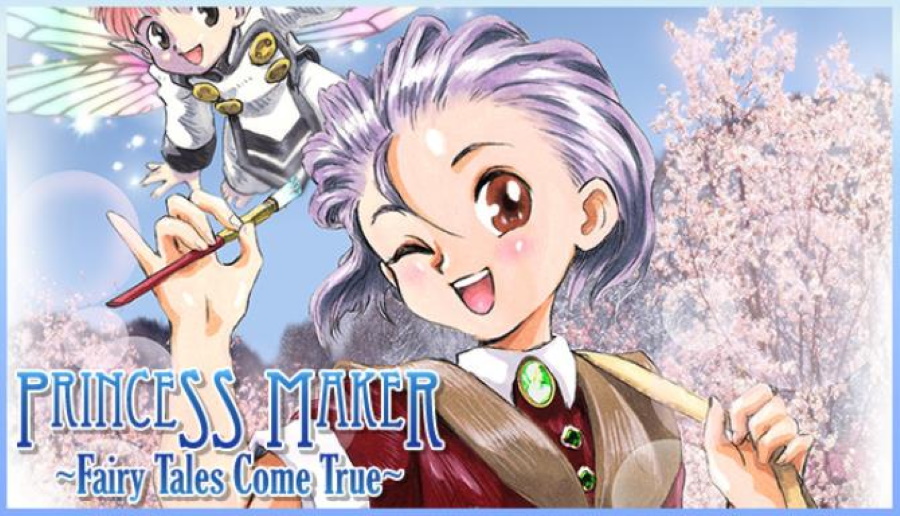 Princess Maker: Faery Tales Come True was released on January 24, 1997 for the PlayStation, and was eventually released on Windows, Sega Saturn, and Dreamcast systems.

When it was first released, it did not include a numbering on the title, but it is widely known as Princess Maker 3. A young fairy girl who wishes to become a human princess gets a blessing from the Fairy Queen to receive a miracle to become a human.

You, as the player, must take care of the little girl and raise her as own daughter. A fairy named Uzu appears as an advisor, and the new feature of selecting the player’s ‘Occupation’ is added into the game system. Schedule system allows players to select 15 days of scheduling. From each class, unique rivals and events make an appearance to add drama elements to the game. The interface has been made simpler than previous Princess Maker series, and album mode allows you to view images from vacation or ending within the game.

The voice actress for the daughter in-game is Yukana Nogami, a famous Japanese voice actress who took on many popular roles in anime such as Meiling Li from Cardcaptor Sakura, Kanna from Inuyasha, and many more.