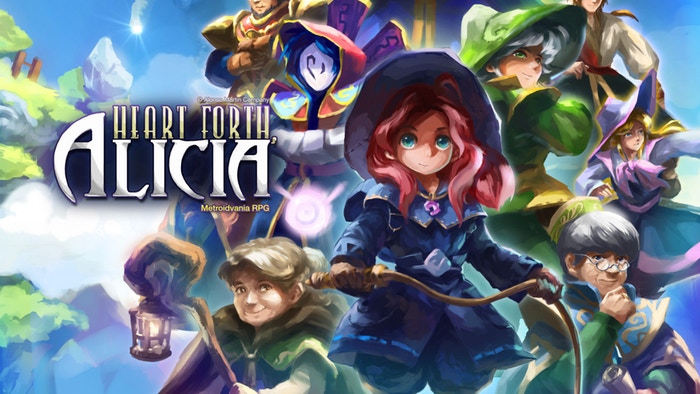 Hey there! There’s some exciting news we want to share!

Since the Wii U’s eShop’s is no more, the Switch port of the game will replace the Wii U one, which means that if you pledged for a Wii U key, you’re automatically set to receive a Switch key. Backers who pledged for $5 console key add-ons, or those with any extra balance left, can still change their console preference through their their Backer’s Club profile page.

If you never made any add-on pledges but would like to get a Switch key add-on, you’ll be able to do that in the future for the same $5 as the other keys. We’ll give you a heads-up via an update once we’re ready to open up a window to get this add-on.

These past months have had our efforts spread across many aspects of game development. Some of that work entailed developing one of the final dungeon’s remaining rooms, working on its boss, doing some balancing and tweaking to mid-game areas, developing some missing cutscene music & sound effects, adding puzzles where they’re still needed, working on a lot of back end stuff, among a bunch of other smaller things.

Almost every room in the game presents a puzzle of sorts, but the game’s dungeons are especially packed with content and challenges. All dungeons present players with new mechanics to keep things fresh for the player, but contrary to isolated puzzles you find in the overworld rooms, dungeons usually work like one big “lock” that must be opened in several stages by exploring and solving smaller puzzles, clearing mini bosses or other challenges.

As you might imagine, doing this has required a lot of work. We’ve sprited and animated huge graphical assets for some dungeons, implemented some interesting mechanics specific to only a few rooms in the game (like that worm puzzle below), and developed epic boss fights to top off each dungeon—all in the spirit of giving players a breath of fresh air each time around.

After we’re finished with the dungeon that we’re currently wrapping up, we only need to piece together one final dungeon before we can move onto the end game area, which consists of the final cutscenes and the final boss. With the backbone of the game finished, we’ll implement the remaining optional content that will make the game world feel much richer and alive, such as sidequests, mini games, missing secrets, as well as adding the remaining creative backer content.

Alicia can now wear shields! As you know, Alicia is not a magic-only type of wizard, but instead employs magical and physical attacks alike. Her whip allows her to engage in quick, close-combat action, and her spells support her in combat and can turn the tide of the battle in her favor. And while there’s an array of defensive spells to acquire later on, the feedback we’ve gathered indicates that players would feel better if they could counter or block damage, especially when facing mobs of enemies.

Enter shields, which you can equip as a Limbs Accessory. So long as you’re holding the shield up, your Defense will highly increase and thereby lessen damage if blocked from the right direction. When the shield is active, your mobility won’t be restricted in any way (you can even climb ladders with it), and you won’t be knocked back if you’re standing still—which can mean the difference between life and death while platforming.

There are several shields you can obtain, all of which have different stats and properties such as reflecting certain colored projectiles, or being able to hurt enemies with them. The only downside to wearing shields is that they take up your Limbs Accessory slot, so you can’t receive the stat benefits of other accessories of this type.

On The Release Window

Although in 2019 we’ve made great strides toward reaching the end goal, we will not be able to release the game this year. As we outlined earlier in the update, there’s still a considerable amount of things that must be achieved before the game is finished, and we simply aren’t close enough to the end line to confidently give you a release window. We’ll be providing more concrete information in the following updates.

We understand the time it’s taken to develop the game is frustrating for some. This development span has been, and continues to be, absolutely essential to get the game to the standard of quality we promised you. In a previous update we shared three main reasons for our extended development, which continue being pertinent today:

We’re committed to being transparent with you and keeping you in the loop regarding the project’s progress, both in terms of milestones and difficulties. That’s why, aside from our Kickstarter updates, we continue hosting our development livestreams on Tuesdays to offer you a closer look at the game’s development. You can watch the VODs over here if you can’t join us, or if you only want to know what was discussed, you can join our Discord community and ask away. Everyone’s very friendly, and I’m always there every day to answer your questions.