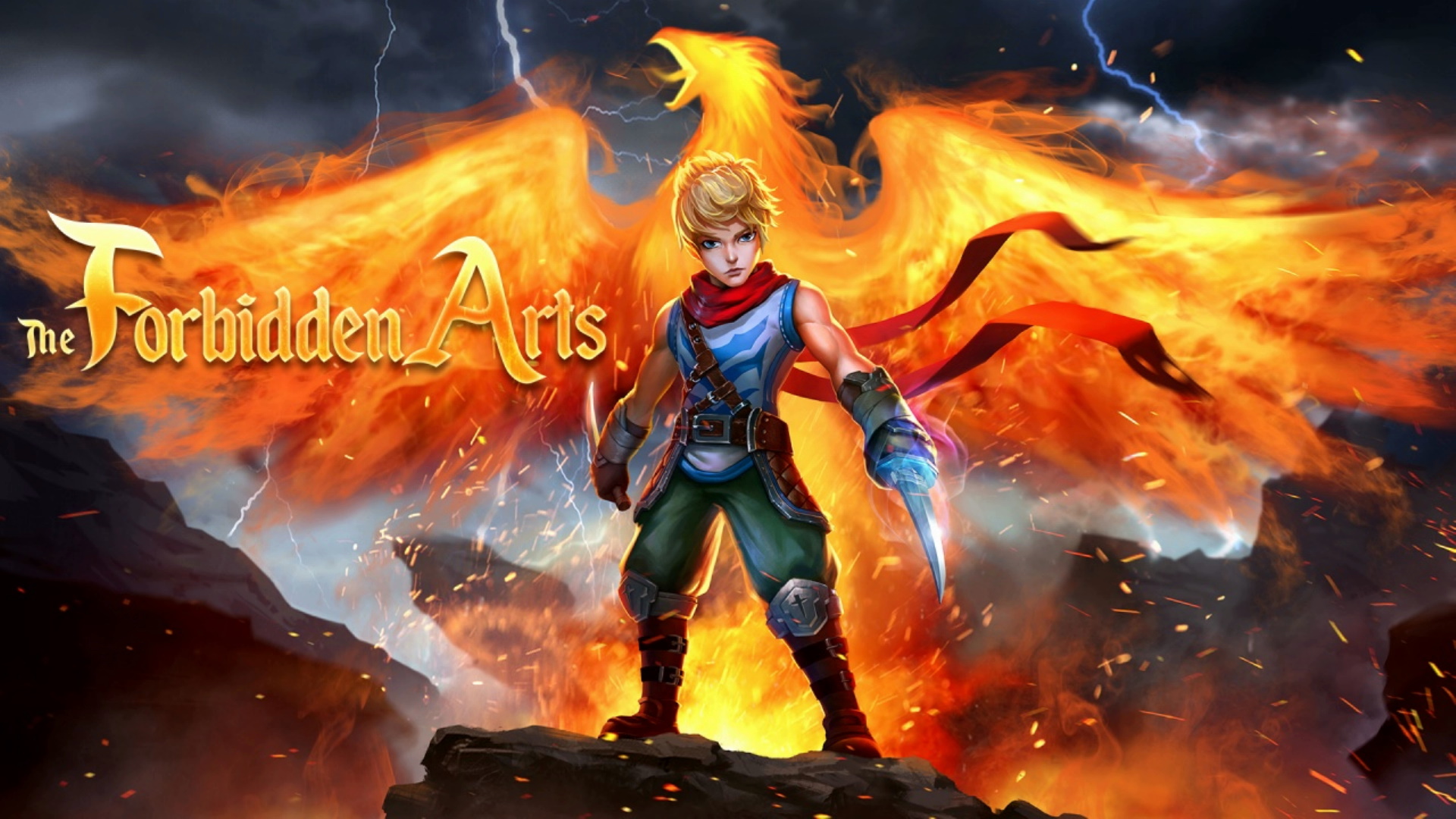 The Forbidden Arts Rings Nintendo Switch, Xbox One in Flames Alongside Steam 1.0 Launch

SAN FRANCISCO – August 7, 2019 – The Forbidden Arts, the action adventure platformer from Stingbot Games, explodes onto Nintendo Switch and Xbox One as it leaves Steam Early Access for PC and Mac today with a host of new content. North American PlayStation 4 wizards can join the quest in Q4 2019.

Version 1.0 of The Forbidden Arts brings with it the final chapter of the story. Traverse the grueling sands of the desert and breach the Underworld to finally face the malignant necromancer threatening the magical land of Chora.

Embark on an adventure through a fantasy world inspired by western and eastern cultures. Bend fire to your will, mastering its secrets to chase away evil and save your beloved realm from destruction.

Guide Phoenix to save his world and discover his true purpose in a tale of self-discovery and growth. Set against a backdrop of bright and colorful landscapes, The Forbidden Arts is a moving experience accented by the sounds of an acoustic guitar soundtrack as inspiring as the journey itself.

“We’ve spent many months in Early Access polishing every aspect of The Forbidden Arts, from sound and visuals to gameplay mechanics,” says Sterling Selover, founder, Stingbot Games. “The result is a tight, skill-focused experience that encourages player mastery and development even as Phoenix does the same.”