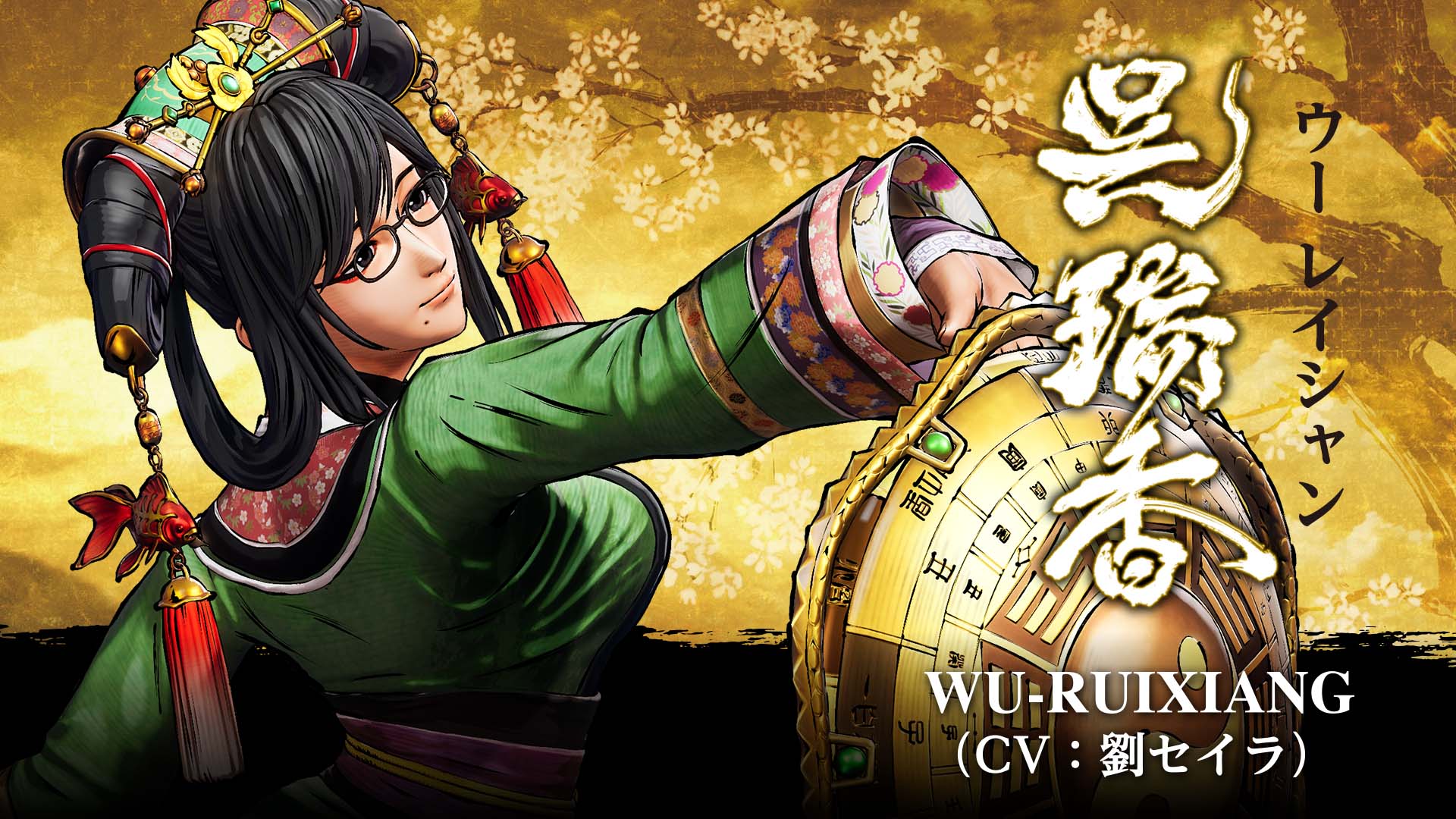 A shipwright who has mastered the use of various tools. She washed ashore an island at an early age, where carpenters taught her how to make things and pirates taught her how to protect herself and survive. She is currently building a ship said to be unsinkable with her comrades at the island’s workshop.

A descendant of an ancient and honorable feng shui clan, Wu-Ruixiang is a woman who serves the Qing dynasty. With a mission is to protect generations of long mai, she travels to various places under the emperor’s command. She is wise, but extremely clumsy. She also dreads exercise as she tends to seclude herself indoors. She calls forth powers of divine beasts, and her secret art can even summon a dragon.

A young, fallen samurai. He hates villains who exploit wealth from the weak, and moves in the shadows as the chivalrous thief known as the “Karasu Tengu (Crow-Billed Goblin).” In the past, his father was executed on false charges, and his hatred for the Shogunate is deeper than anyone other. He fights wielding his memento nagamaki sword, and uses the power of the tengu (long-nosed goblin) passed down for generations.