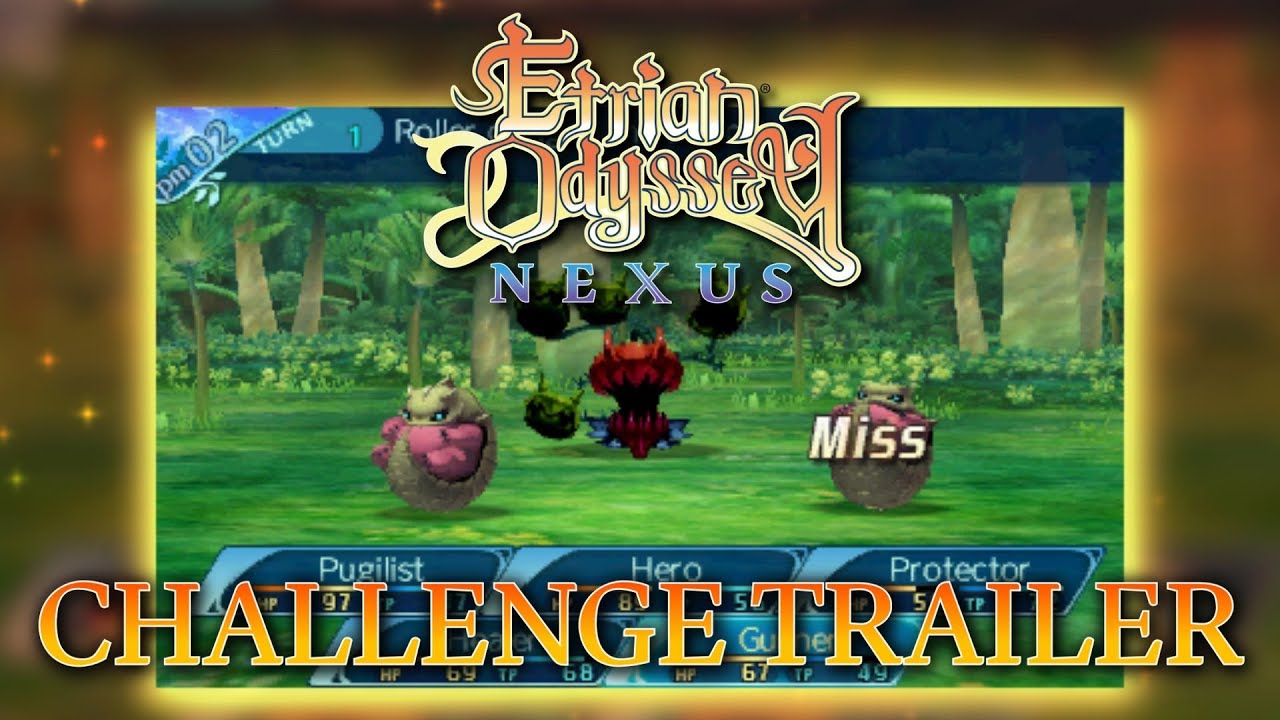 IRVINE, Calif. – January 15, 2019 – Etrian Odyssey Nexus launches for Nintendo 3DS™ on February 5, 2019! As you carefully explore the labyrinths found on the continent of Lemuria, you must learn to adapt to the challenges you will encounter. Otherwise, you will face almost certain defeat at the hands (or jaws) of the beasts and FOEs lurking within. Find out more by checking out the latest trailer!

As part of today’s update, we are proud to announce the full official websitefor Etrian Odyssey Nexus has launched! Inside, you will find more details regarding playable classes, important characters, the systems in Etrian Odyssey Nexus that we touch on in the newest trailer.

All pre-order and first-run copies of the game will come with an exclusive art book featuring the incredibly-detailed character art of Yuji Himukai and monster art of Shin Nagasawa, a pin featuring Vivian (the adorable innkeeper in Nexus), and the game itself – all in a special collector’s box.

Etrian Odyssey Nexus will be available exclusively for the Nintendo 3DS on February 5, 2019. Both the Launch Edition and the standard edition will be priced at $39.99, with commensurate European pricing. Pre-orders for the Launch Edition are also now available at https://atlus.com/etriannexus/.

About ATLUS
Atlus U.S.A., Inc. is a leading Western publisher of Japanese video games, celebrated for high-quality localization across a multitude of genres and platforms. With a wealth of award-winning titles, such as the Game Awards 2017 “Best RPG” winner and “Game of the Year” nominee, Persona® 5, the legendary cult classic JRPG Shin Megami Tensei® series, the groundbreaking action-adventure/puzzle game Catherine™, and many more, ATLUS delivers unforgettable, story-driven gameplay experiences to enthusiastic and dedicated fans around the globe. Learn more about ATLUS at www.atlus.com.