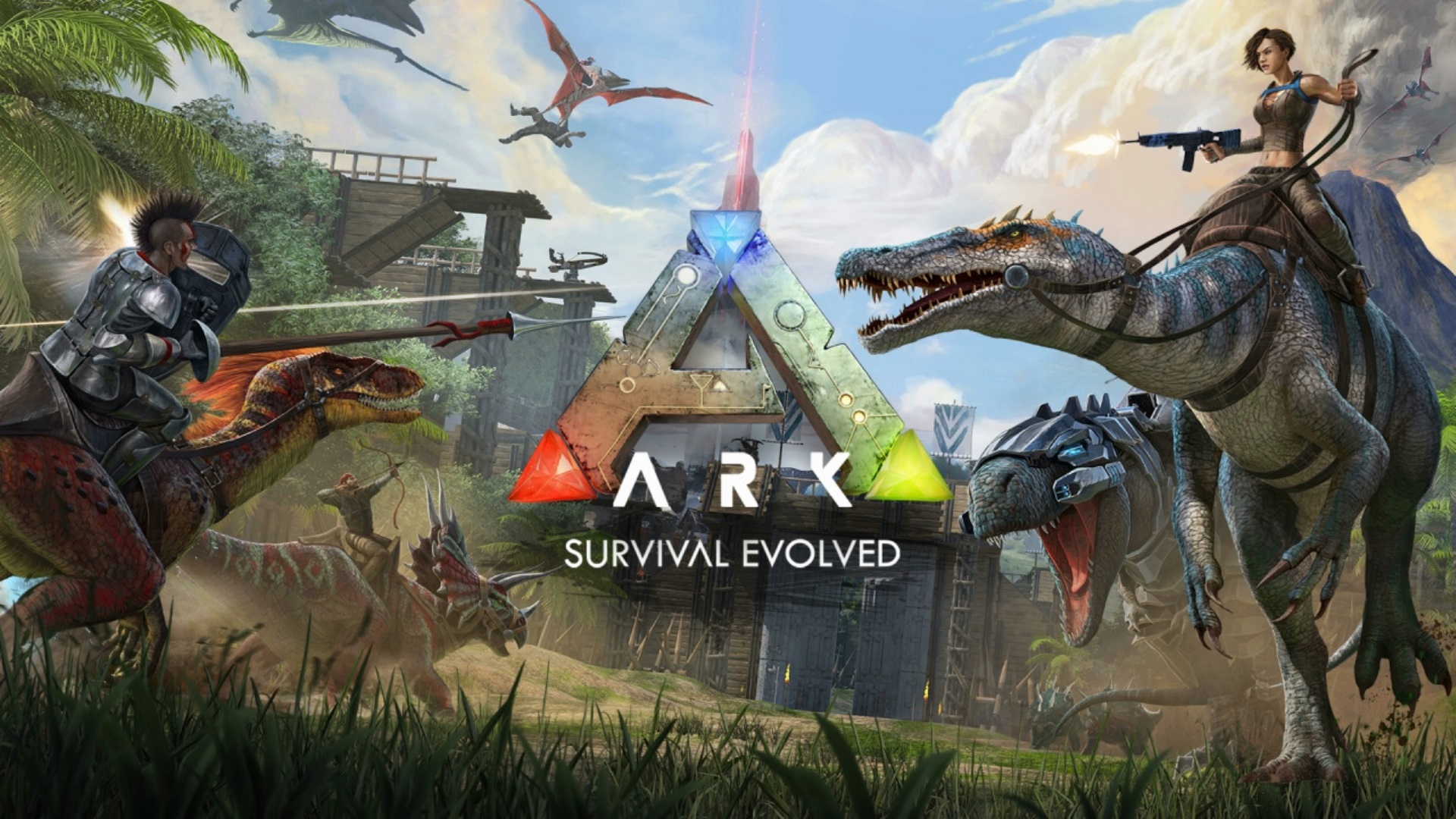 With ARK: Survival Evolved on Switch, you can tame dinosaurs, conquer enemies and create enormous structures anywhere – on the couch, in bed, on a bus or even at school. Created in conjunction with Abstraction Games, this handheld version of the massive, open-world survival adventure includes all of the content and features of the original award-winning game.

ARK on Switch includes the entire ARK Island, with 100+ prehistoric- and fantasy-inspired creatures such as the T-Rex, Giganotosaurus, Direwolf and Yeti. Stranded on a mysterious prehistoric island, you must explore its vast biomes as you begin to hunt, harvest, craft tools, grow crops and build shelters to survive. Use cunning and skill to kill, tame, breed, and even ride Dinosaurs and other primitive beasts living on The ARK. Advance your technology from primitive stone tools to T-Rex-mounted laser cannons, as you team up with hundreds of players online or enjoy a solo Jurassic experience.

Coming to both retail and Nintendo eShop, ARK: Survival Evolved on Nintendo Switch is rated “T” for Teen (Violence, Blood, Crude Humor, Use of Alcohol) by the ESRB, MSRP $49.99.

Feel like riding a dinosaur? Join the ARK growing band of survivors in the community forums HERE: survivetheark.com/forums/

ABOUT STUDIO WILDCARD
Studio Wildcard was co-founded in 2014 by industry veteran Jeremy Stieglitz and Jesse Rapczak, former Technical Art Director at Microsoft Game Studios, with the mission of bringing AAA quality to ambitious indie productions that are designed for core gamers. With combined 25 years of industry experience across multiple independent and studio-backed titles, Jeremy and Jesse have teamed up with other veteran developers for Seattle, WA-based and Gainesville, FL-based development studios that also include distributed team members across multiple continents. Wherever talented, driven developers may reside, Studio Wildcard intends to seek out and work with them! www.playark.com

ABOUT ABSTRACTION GAMES
Abstraction successfully bridges the gap between the major AAA publishers and the small, bootstrapped independent development teams. As it is essentially an independent development studio, Abstraction is plugged into the indie scene and knows which games and developers are worth paying attention to. Abstraction has strong publisher and first party relationships from its history of working on large adaptations, such as Angry Birds and Hotline Miami. With several major adaptations under its belt, Abstraction Games looks to continue to establish itself as a leader in the space, while also working on their own projects and games in the near future. For more information, please visit abstractiongames.com and follow us at @AbstractionGame.