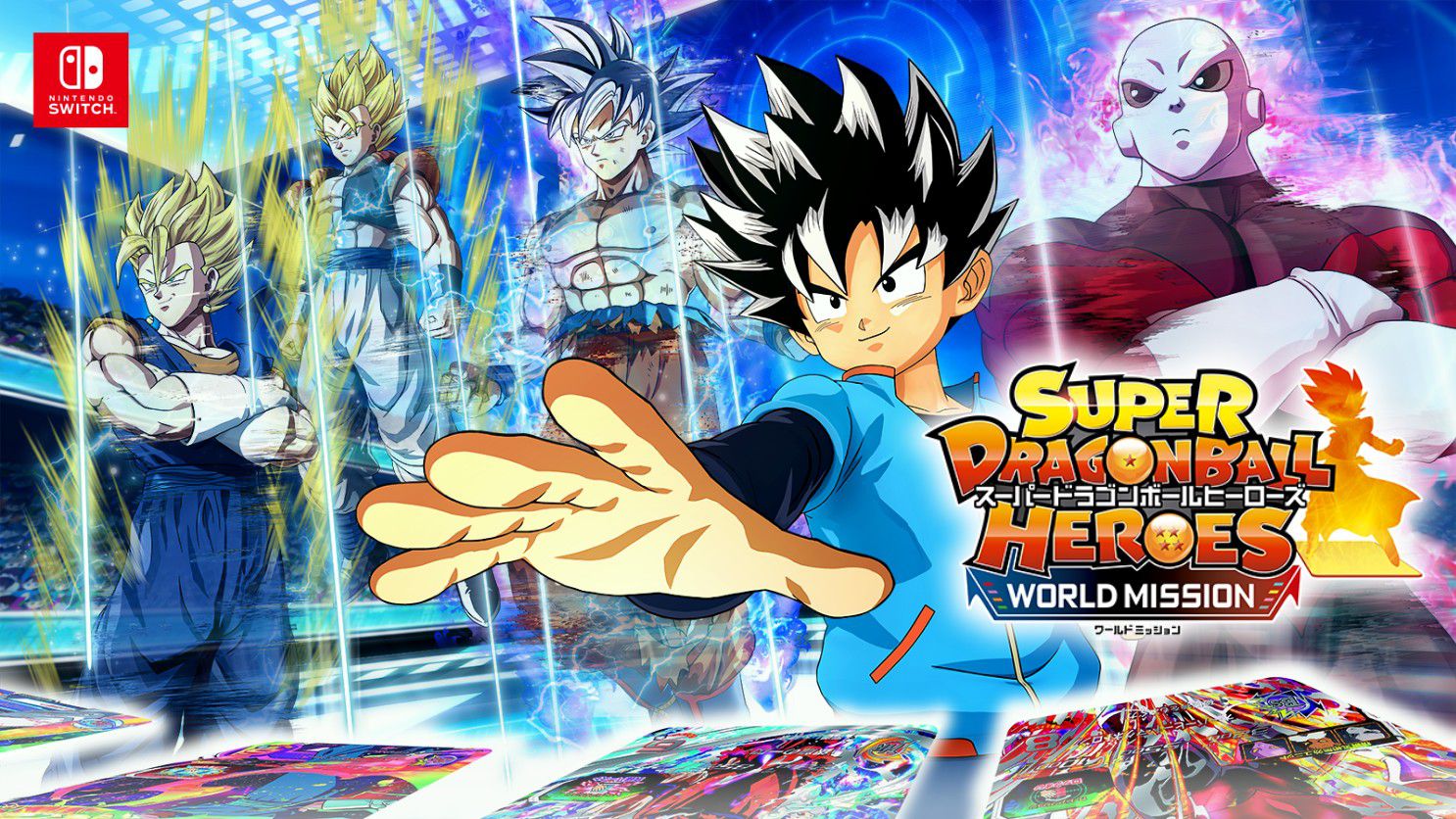 The story of a new “Hero” in the world of Dragon Ball. The Super Dragon Ball Heroes arcade game popular in game centers across Japan makes its debut on Nintendo Switch! Card battles have super-evolved from five to seven cards and battles are even faster. Create a team all your own from the cards you collected and aim to become the strongest hero!

Around 350 characters will appear, the highest amount in any Dragon Ball game ever!

The dual-screen gameplay of the arcade version is replicated on a single screen in the Nintendo Switch version!

A world where the super warriors that once flourished are now treated as heroes. A card game based on the legendary warriors developed by Capsule Corporation is the latest craze.

This is the story of a boy, from his first encounter with “Super Dragon Ball Heroes” up until his becoming of a “Hero.”

A boy who first comes into contact with “Super Dragon Ball Heroes” after moving to Hero Town. An encounter that will change both his own destiny, and that of the world.