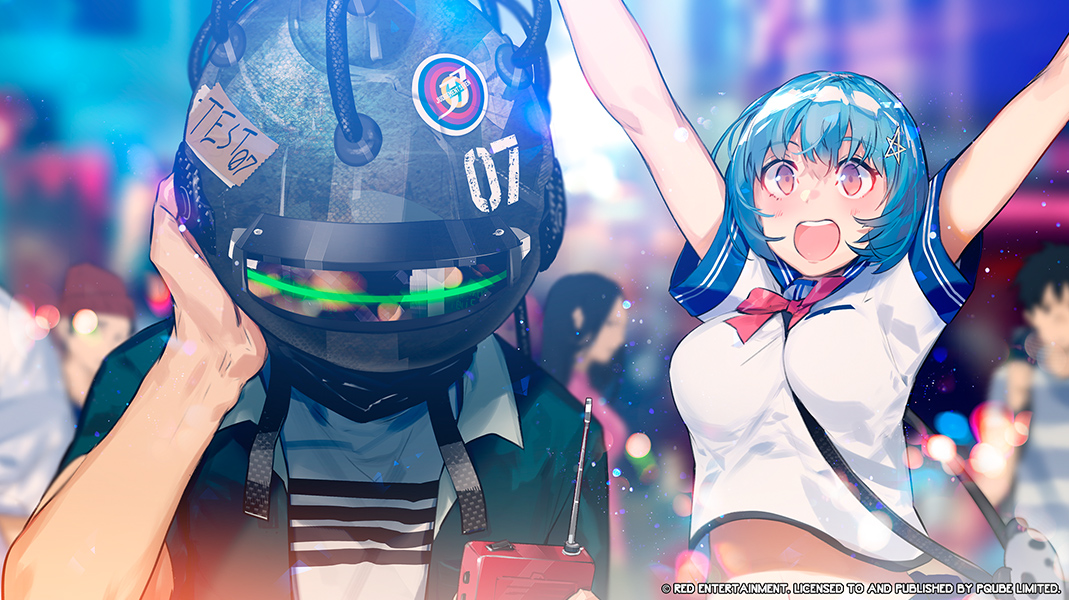 Our World is Ended announced for PlayStation 4, Nintendo Switch and PC

“What if you took the AR headset off, but the animation didn’t go away…?”

PQube (London, UK) October 24th, 2018 – Following the success of STEINS;GATE, Muv-Luv and many other successful narrative games, publisher PQube is proud to announce a partnership with developer Red Entertainment to bring the visual novel masterpiece Our World is Ended to the west next year. The game tells the story of Judgement 7, a young team of game developers based in Tokyo, who make a shocking discovery: While testing their latest game engine using augmented reality headsets, part-time director Reiji catches a horrifying glimpse of a seemingly destroyed cityscape. Neither did they program, nor animate this – but how is this possible?

Check out the announcement trailer below (no AR headset required):

What might sound like a dream come true can as well be an absolute nightmare: in Our World is Ended, virtual landscapes, characters and creatures from video games appear in the real world. Loveable characters voiced by a talented team, a perfect recreation of Tokyo’s Asakusa district and much more make this sci-fi narrative an outstanding representative and great entry point into the visual novel genre!

An engaging story with lovable characters

Meet the wild bunch that is Judgement 7, a team of eccentric game developers, trapped between reality and the game world where simple glitches can have devastating consequences!

Set in a perfect recreation of the popular Asakusa district, Our World is Ended takes players to some of the most eminent places of Japan’s capital city.

Talented and renown voice actors as well as gorgeous visuals rendered in a unique art style turn this sci-fi story into an unforgettable journey.

The interactive Selection Of Soul system

Whenever Reiji gets flustered, the S.O.S system will be triggered. His emotions will flow onto the screen before vanishing. Quickly react to see how your choice will affect the dialogues.

Over 40 hours of gameplay

The deep narrative and plentiful conversation options make for a lengthy visual novel full of humour and otaku subculture references!

Our World is Ended will release 2019 for PlayStation 4, Nintendo Switch and PC.