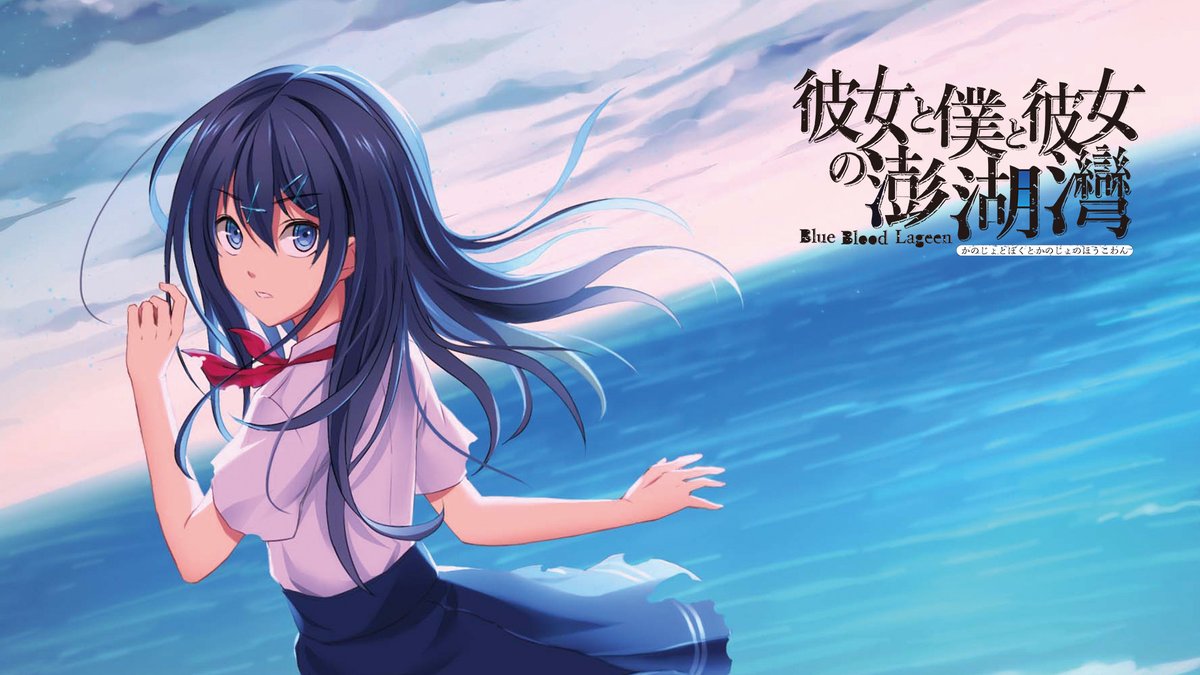 “Blue Blood Lagoon”, a story about youth and romance during the Chinese Civil War, is another tremendous effort by Erotes Studio, the developer of “Rainy Port Keelung” and “MayJasmine.”

In 1949, The Chinese Civil War rages on.
To escape the war, students from Shandong led by their teachers began making their way to the islands of Penghu, a distant and unfamilar land our in the sea.

The hero of the story, Yin Hsiao-Feng, came from an insular and traditional family, so he has always kept his feelings tightly locked away.
He is now all alone after becoming separated from his family and joining the refugees fleeing the Civil War.

During the flight to safety however, Hsiao-Feng meet the two most important people in his life:

Teng Lin, a charming and innocent young girl who believes that the Civic War would soon end in peace, no matter who the winner is.
Sun Yi-Fang, a cheerful and forthright beauty, who still believes that the tide of war will soon be turned, and triumph will eventually arrive.

His everyday school life with the two girls gradually heals Hsiao-Feng’s wounded soul and a story of youthful romance unfolds between the three of them.