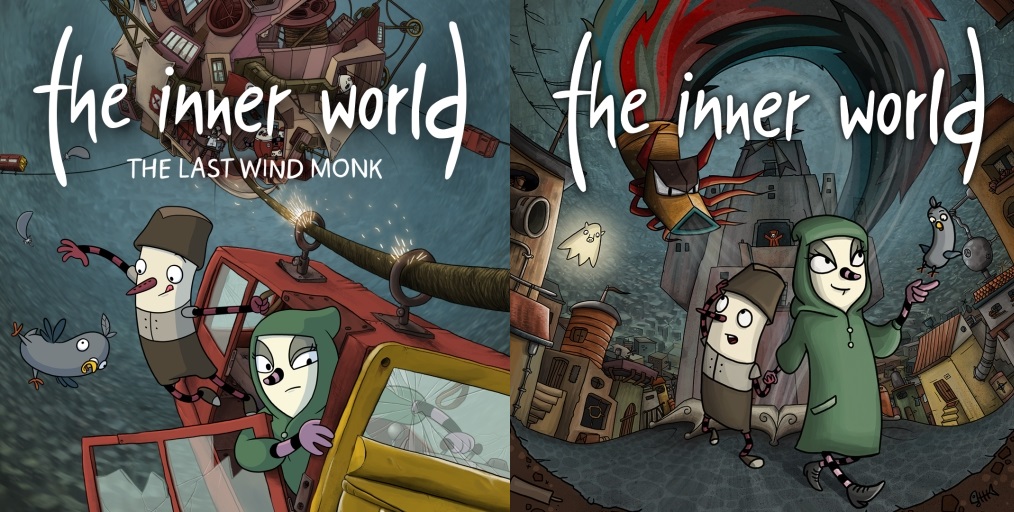 Headup announces both installments of the The Inner World series to come to Nintendo Switch™ very soon. On August 3rd, owners of Nintendo’s portable console can finally accompany our beloved hero Robert and his friends on his two journeys across the enchanting world of Asposia.

Among other prizes, The Inner World has been awarded as “Best Game” at the German Computer Games Awards in 2014, the most prestigious award of the German games instustry. It also received the “Best Family Game” award at the German Developers Awards and “Best in Show” at the Casual Connect Indie Prize 2013. And of course there were lots of nominations, too.

Its successor, The Inner World – The Last Wind Monk, continued this trend, receiving the “Best Indie Game” Award at the German Developers Awards 2017 and four nominations alone at the German Computer Games Awards – besides many game critics ratings between 80 to 90%. Continuously and ever since, the game has built up a huge fanbase among gamers worldwide.

On 3rd of August, fans of wonderful storytelling and fun dialogs will get another chance to take their personal trip to Asposia and protect the charming world from an unexpected threat.

About The Inner World

Asposia is a mysterious world. Surrounded by the endless soil and against all laws of physics, Asposia is located in an enormous hollow space, which is ventilated solely through three big wind fountains. In this world lives Robert, a naive and cheerful novice of the last wind monastery.

He lives quite an introspective, simple life as a court musician in the shadows of his honored master and ideal Conroy. This changes abruptly, when suddenly one fountain after another runs dry and the Windgods befall peaceful Asposia. Now just Robert is in the center of unexpected events!

Together with the mysterious thief Laura, best intentions and not the slightest clue Robert hits the road to solve the secret behind the disappearance of the winds. During his adventure, he not only meets bizarre Asposians, but also really strange animals. In addition, Robert hast to solve tricky puzzles, which only could exist in Asposia. Is the young adventurer able to save his world? What are Laura’s secrets? And why Robert has such a strange nose?

About The Inner World – The Last Wind Monk

Solve mind-bending puzzles in a world full of mystery and save the family of the flute-noses! Their dynasty has been watching over Asposia for centuries on end. In secret, they fill the roly-poly world with light and life. But when their existence is discovered, they become hunted.

Emil, a trader for odds and ends, made all the Asposians believe that the dynasty is in cahoots with dark forces. The only one who can stop the evil Emil is the heir to the throne: Robert. He has been petrified for three years, though. With a huge dose of enthusiasm, but little to no idea what he’s actually doing, he embarks on an adventure to find the legendary last wind monk.

Of course, he has some great company: Peck, as loyal as he is flightless, and Laura, a rebel who certainly does fly, but only off the handle – and who Robert loves, with a capital L. Everything changes, when they meet the mysterious Mama Dola, who seems to know more about Robert’s destiny than Robert would like.