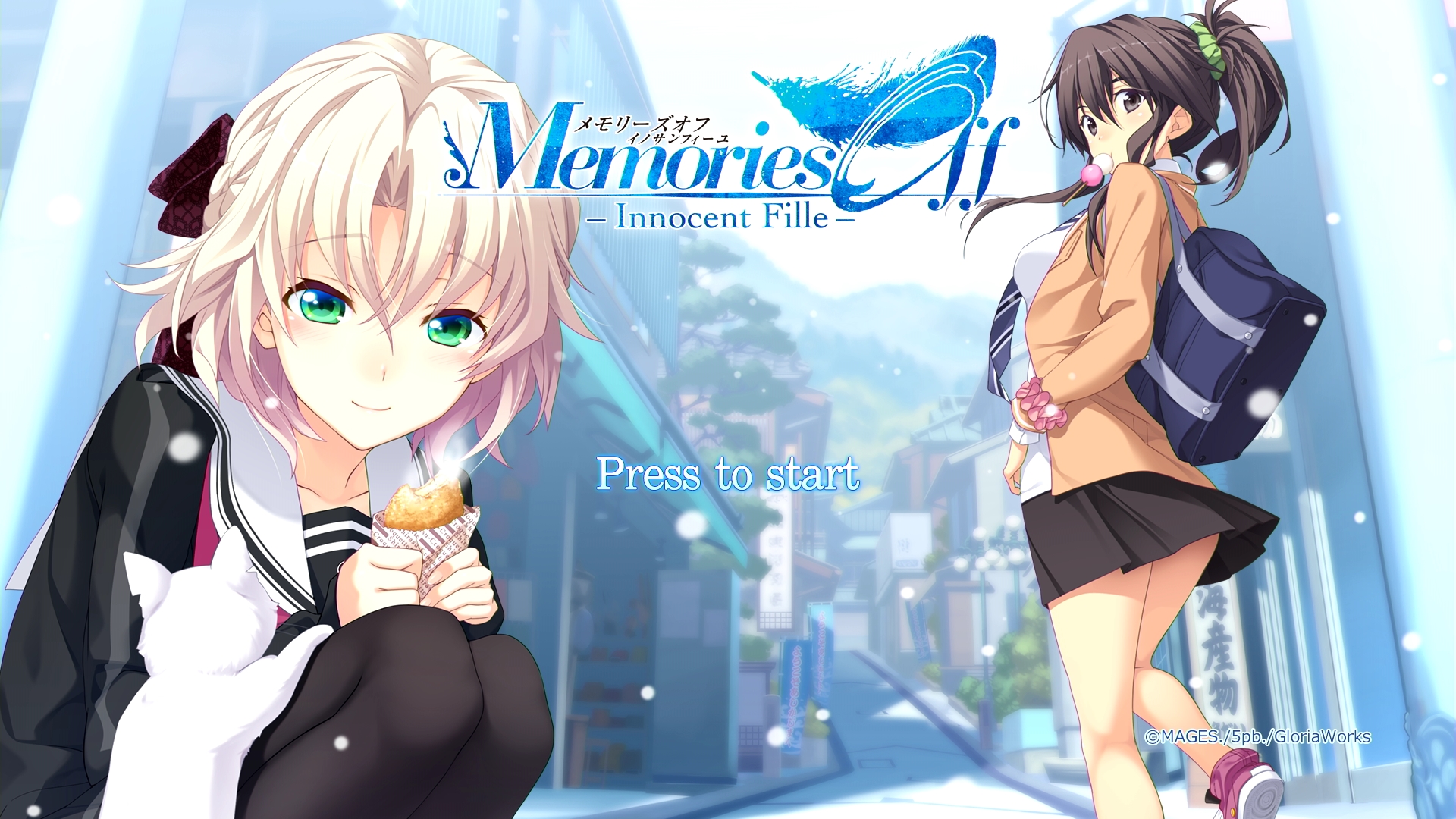 The story begins when protagonist Kasane’s wish comes true after he temporarily transfers from his high school in Sapporo to a Shounan sister school to start as a scholarship student in October.

For Kasane, who wished to go somewhere far away, a new step filled with expectations of reunions with close friends after seven years and new places caused a ripple, leading to a complicated love story.

Born on April 10. 17 years old. A temporary transfer student from a sister school in Sapporo. He has excellent observational skills and insight, but doesn’t go very far when it comes to physical strength. His nickname is “Rui.” He is the protagonist of this story.

Born on November 24. 15 years old. A half-Japanese, half-French girl born in Strasbourg. She went on to a girls’ high school for various reasons, but it doesn’t seem to be what she expected. She is Chloe’s little sister from Memories Off 6: T-Wave.

Born on September 6. 17 years old. Born in Hokkaido, she is Kasane’s childhood friend. She is the eldest daughter of the Miki triplets. She takes pride in her energy and good memory, and is a bit of an airhead. She considers Kasane to be like family.

Born on September 6. 17 years old. Born in Hokkaido, she is Kasane’s childhood friend and first love. She is the second daughter of the Miki triplets. Unlike Yuzuri, she is a quiet and gentle-mannered girl.

Born on September 6. 17 years old. Born in Hokkaido, he is Kasane’s childhood friend and best friend. He is the only son of the Miki triplets. He has tremendous love for his younger sisters, and is treated as having a sister complex by others. However, he is very popular among the girls and speaks his mind. His nickname is “Reach.”

Born on August 1. 16 years old. A close friend of Noelle’s from middle school. She is the daughter of the landlord of Yuunagi Manor, where Kasane is lodging, as well as the heir of the adjacent shrine. While her looks stand out from the rest, she is making her so-called high school debut. She has an older boyfriend. Apparently.