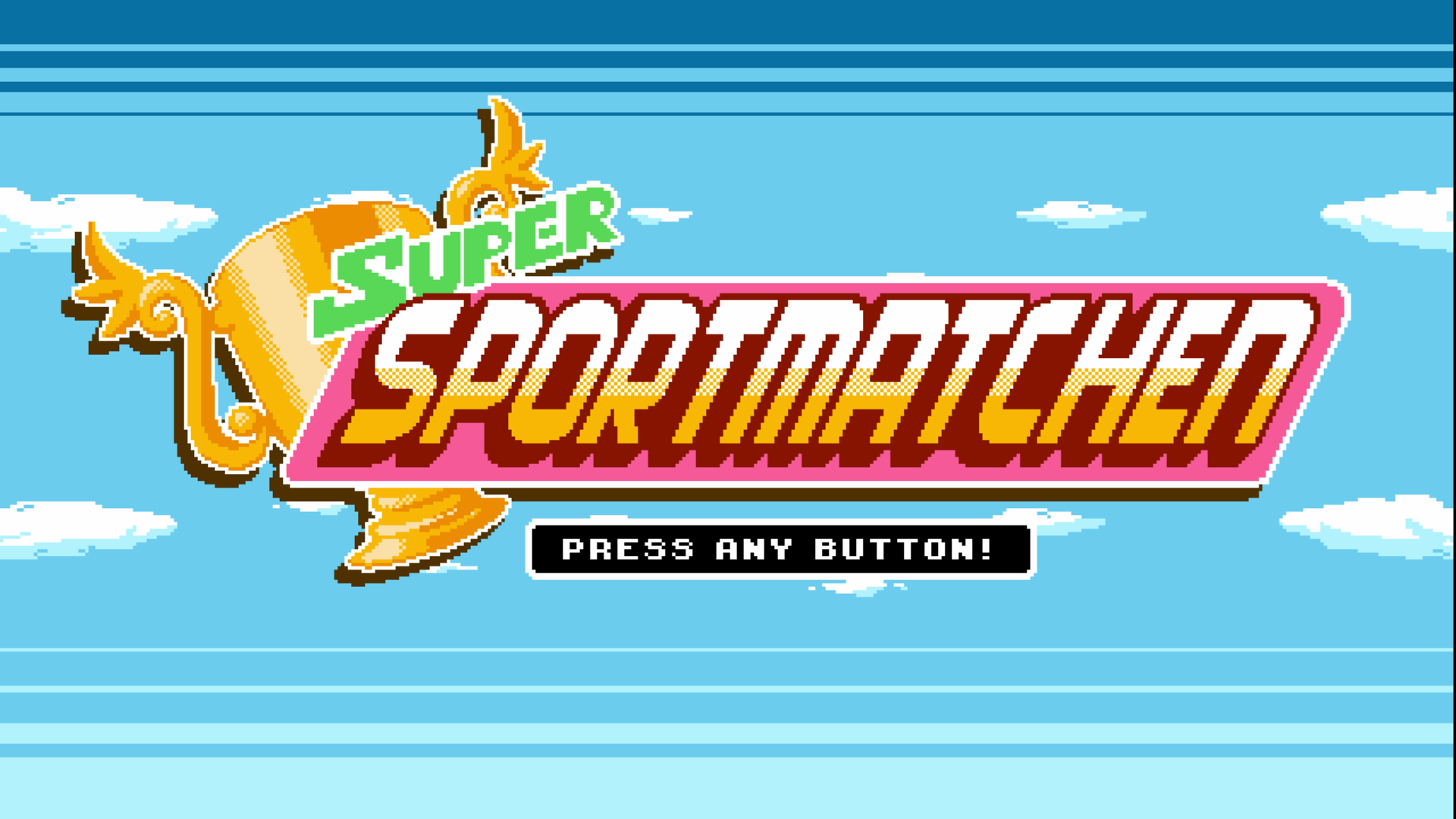 Welcome to the world of Super Sportmatchen! Will you stand tall on the podium – or couch – and gloat as the winningest winner of all? Or will you wallow shamefully under the smug smirks of the winner?

Super Sportmatchen is an extreme local multiplayer experience that conjures nostalgia of days of yore where the victors are the digital athletes with the fastest fingers, the steadiest hands, and the wittiest trash talk! Choose from six world-class Sportmatchen athletes to compete in ten events for the honor of being named Champion of the Couch!ta

It’s only fitting that a sporting event this over-the-top have an announcer that is of equal caliber. We’re proud to announce that developer and Master of EXTREEEEME Tak Fujii will make his Sportmatchen debut as the game’s ringmaster! Up to four players can go head-to-head in these AMAZING Sporting Events!

Sporting (hehe) charming, and lovingly handcrafted pixel art, gamers from the hardcore to the casual, from the spry youngster to the seasoned veteran, will be delighted by Sportmatchen‘s pick up-n-play gameplay. Easy-to-learn events and simple controls make it fun for gamers of all skill levels to compete. But make no mistakes; when the final buzzer goes off, only the winningest winners will be crowned on the Sportmatchen stage!

Kaj Forell Video Game Brand, the three-man team whose works include contributions to hit indies like Helldivers and Magicka, have crafted a love-letter to sports party games in Super Sportmatchen. With gameplay that’s easy to pick up, but hard to master, it’s perfect for friends of all different skill levels.