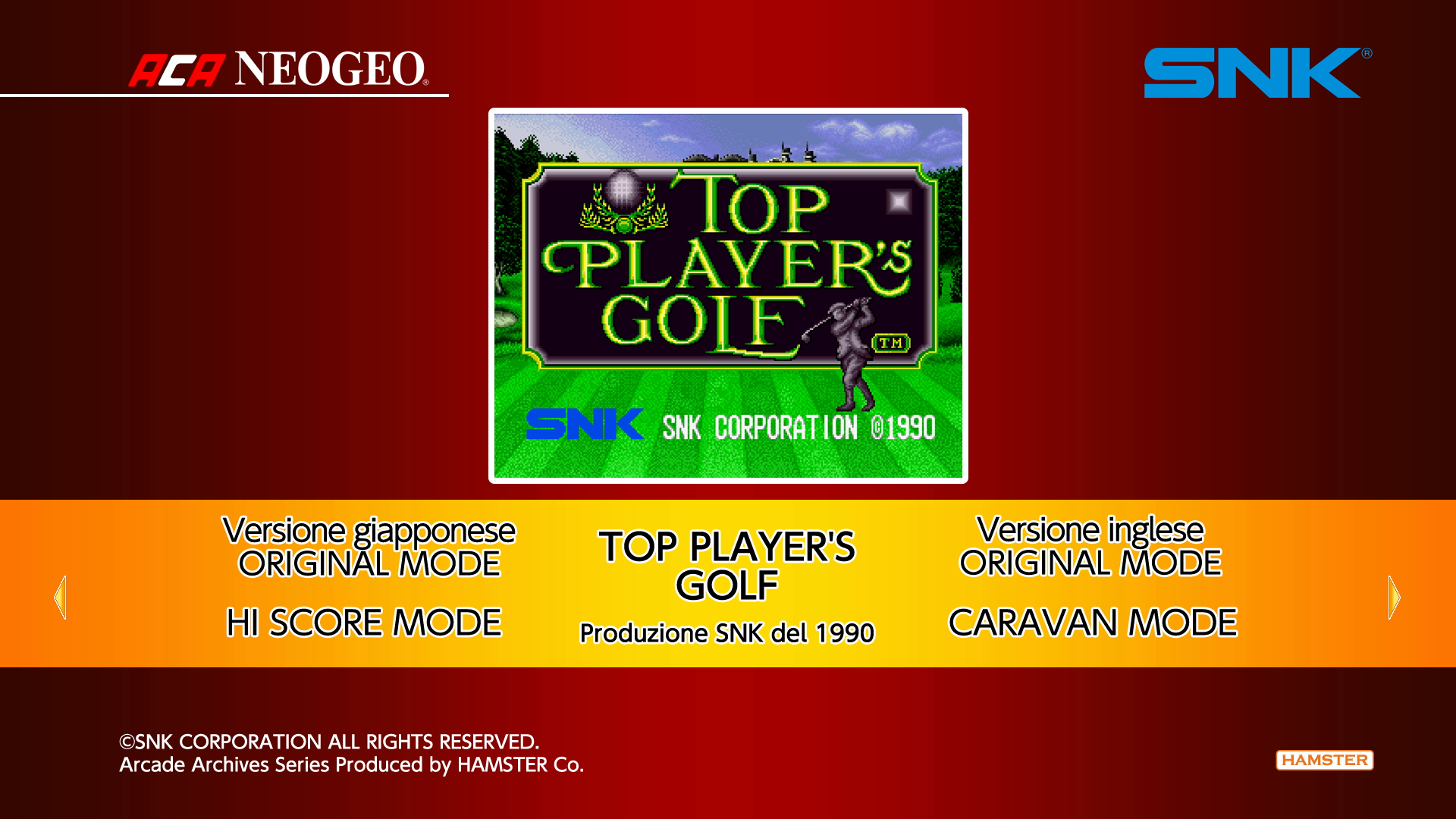 Top Players Golf is a Neo Geo game that was released as a launch title. The game itself is a golf game and there are three modes of play. Also you can choose from two courses. The first mode of play is stroke play. You choose a golfer out of four and then you play 18 holes. The next mode of play is stroke play which is the same as the last mode except it is two players and the player with the lowest score wins. The last mode of play is Nassau game which there is one human player and a computer and the player with the lowest score wins. There are also events like longest drive content within. The game was also released for the Neo Geo CD in 1995.