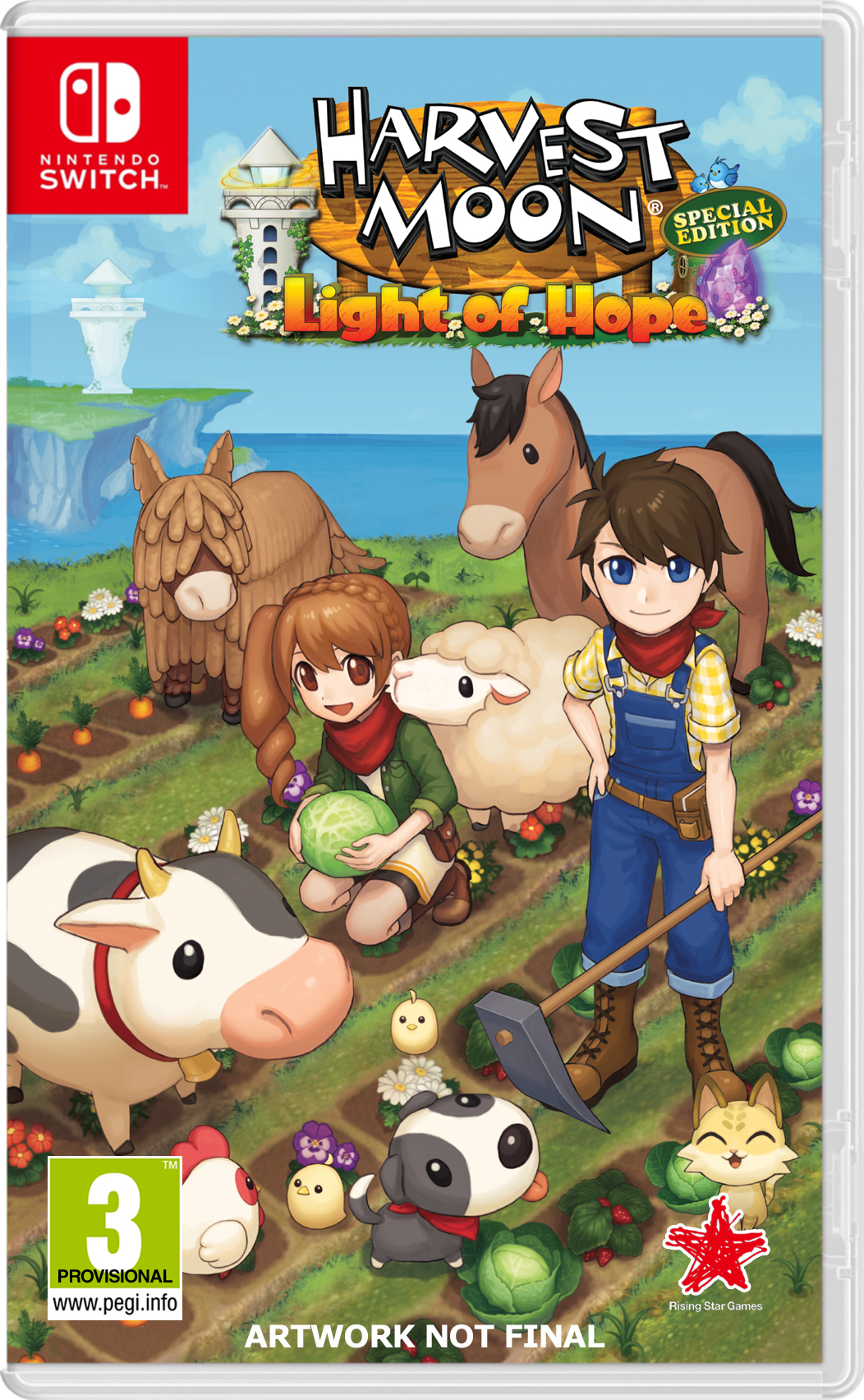 LONDON, UK – 20 February, 2018 – Videogame publisher Rising Star Games, in partnership with Natsume Inc., a worldwide developer and publisher of family-oriented video games, today revealed the beautiful new box art for Harvest Moon: Light of Hope Special Edition. Accompanying the new pack art, pre-orders for the title are open from today at retailers across Europe and beyond. Harvest Moon: Light of Hope Special Edition includes exciting brand-new features only available on the console versions, and will be launching on Nintendo Switch™ and PlayStation®4 at physical retail and digitally in June 2018.

In Harvest Moon: Light of Hope, players begin the game as they set out looking for a fresh start and new surroundings. During their voyage, their ship is hit by a storm and goes down. As they drift into a small harbour town, now in a shambles from the storm, it will be up to the player to help rebuild the town and save the lighthouse…but it won’t be easy! Nevertheless, with some hard work growing crops, tending livestock, and gathering materials for repairs, players will be able to make new friends, start a family, revive the lighthouse, and save the town!

Harvest Moon: Light of Hope Special Edition, developed by Natsume Inc. and published across Europe and beyond by Rising Star Games, will be available for Nintendo Switch™ and PlayStation®4 digitally and at physical retailers in June 2018. For more information follow Rising Star Games on Instagram, Twitter,Facebook, or visit the official Rising Star Games website.

About Harvest Moon
2017 marked the 20th Anniversary of the beloved farming/life simulation franchise, Harvest Moon. The game first released in North America in 1997, and has continued to see a steady rise of popularity and players, making it one of today’s most beloved franchises. Harvest Moon is revered for being a non-violent, family-oriented game for everyone, and there have been more than 31 games released in the series. A full history of the games in the franchise can be seen here: http://www.natsume.com/current_game/games/hm20th/index.html