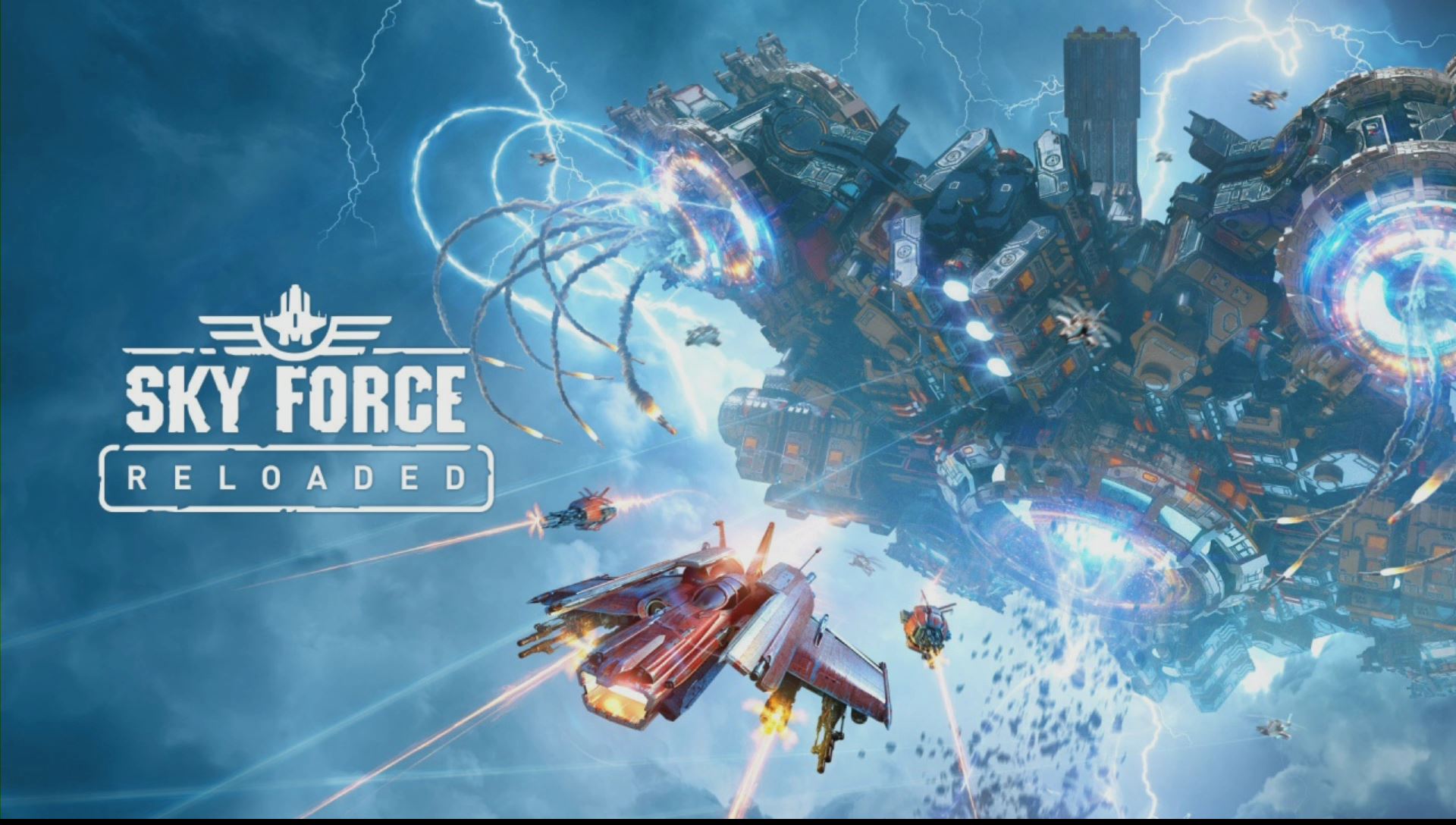 The new installment of the legendary series mixes the old-school feeling, stunning visuals and everything shoot ’em up fans love: equipment upgrades, ultimate destruction, and co-op!
Gliwice, Poland, January 24th, 2018: Infinite Dreams announced that Sky Force Reloaded – the spirit of classic arcade shoot ‘em ups that’s gorgeous to look at and a blast to play – overtook PlayStation 4, Steam, Xbox One and is coming to conquer Nintendo Switch next Thursday!
Check other platforms reviews:
If you love shoot ’em ups, you should not miss this game for any reason.
8/10, The Games machine
I’m really surprised just how much I enjoyed Sky Force Reloaded, the first time I loaded it up I was playing it for five hours non-stop and at no point was I bored. Adding grind to a shoot ’em up sounds terrible but it’s a genius idea to counter the shoot ’em up’s traditionally short playtime. By adding the challenges, the act of replaying a level twenty or more times never gets boring.
9/10, TheSixthAxis
If you want a decent shoot ’em up with a little more longevity than its contemporaries, this is a really good option and if you were a fan of Sky Force Anniversary, there’s no reason not to get on board all over again. This is a great game.
8/10, PlayStation Country
I’ve only spent a few hours with the Xbox game so far, but it already looks like a highly worthwhile follow-up to Sky Force Anniversary.
Preview, Windows Central
Sky Force Reloaded opens for the players 15 stages of the main campaign, each with four difficulty levels, and additional five endless mode stages to compete with friends, unlocked alternatively during the Weekend Tournaments. But that’s not all! Players can pick between a single player mode or the local co-op.
What about the equipment? There are nine aircrafts to unlock, with their own strengths and weaknesses to bear, 30 buff cards, and eight assisting technicians to unlock.
Sky Force Reloaded rewards pilots for their skills, cleverness, and for the honor. Players can get medals for destroying a given number of enemies, not getting hit, or rescuing operatives from the battlefield.
Key game features: