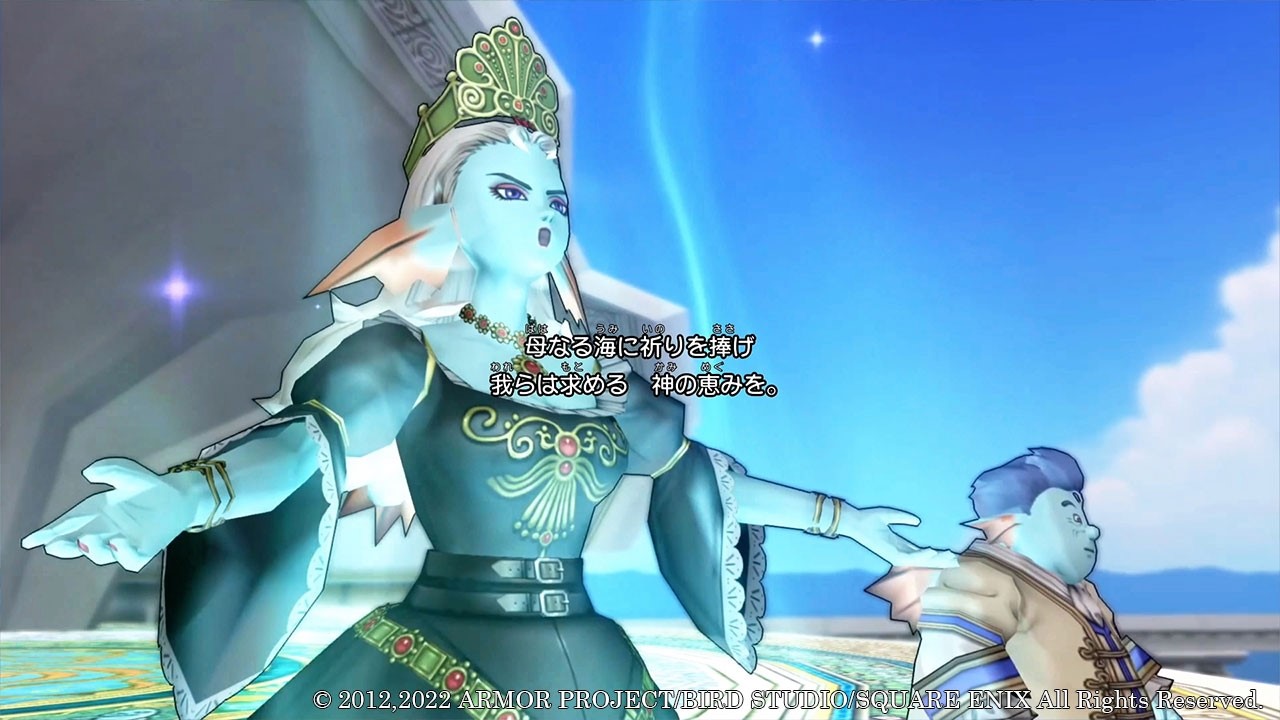 – The Wena Islands are a collection of islands in southwest Astoltia, with beautiful beaches and nature spread across each island
– In the northern islands, there are various jungle areas overgrown with trees, such as the Tropical Rainforest and the Keracona Primeval Forest
– Beaches have palm-like trees, and the crystal clear sea is filled with beautiful coral reefs.
– In and around the Booneer Rainforest in the north, you will find many waterfalls such as the “Honesty Grand Falls”
– “Nekojima” is an island inhabited solely by monsters that look like cats
– The cat people, which understand human speech, are said to live there

– A race that lives with freedom on the beautiful islands of Wena
– They are sensitive, and value love and songs
– They can swim better than other races, likely because of the fins on their ears and back
– The Wetlings have a unique marriage custom in which the groom gives the bride a seashell, and the bride returns the feeling with a song
– Maybe because they are descendants of a race that originally lived in the sea, fish-loving cats are not the Wetlings’ cup of tea
– The Queen of the Verinard Kingdom sings the “Song of Blessing” to support the lives of the Wetlings

– Lane Village is located on the southeastern island of Wena
– Julett Town is located on the central island
– Verinard Castle Town is built atop the water right off the northwestern island, and can only be visited by ferry or train
– Lane Village: A small, seaside village full of palm-like trees and colorful flowers; has an orphanage north of the town
– Julett Town: A town where the houses are made out of stone; has a huge windmill on the upper level, and a big beach on the lower level
– Verinard Castle / Verinard Castle Town: A circular, three-level castle town with a castle on the top level; has a balcony called Shell Bridge

The Characters You Will Encounter

– In addition to Fuser, your party member to be who you will first encounter in Lane Village and Julett Town
– You will also meet the Queen who governs the Wetlings in the Wena Islands’ largest town, Verinard Castle Town
– Fuser A young man raised in the orphanage in Lane Village. He dreams of traveling the world and trains in the sword every day; after meeting Somya, he joins the protagonist on their adventure
– Researcher Kinner: A researcher who belongs to the Verinard Royal Research Commission; has a habit of taking light steps when explaining something
– Prince Odis: A studious and hardworking prince; strongly opinionated and sometimes does not listen to others
– Somya: A girl without any relatives who lives in Julett Town. She has felt lonely in her solitary life.
– Caslan: A travelling diviner known for her remarkable abilities; Prince Odis has tremendous faith in her
– Queen Diore: The Queen of the Verinard Kingdom; has the power to bless the water with divine protection through the “Song of Blessing” passed down in the royal family from generation to generation