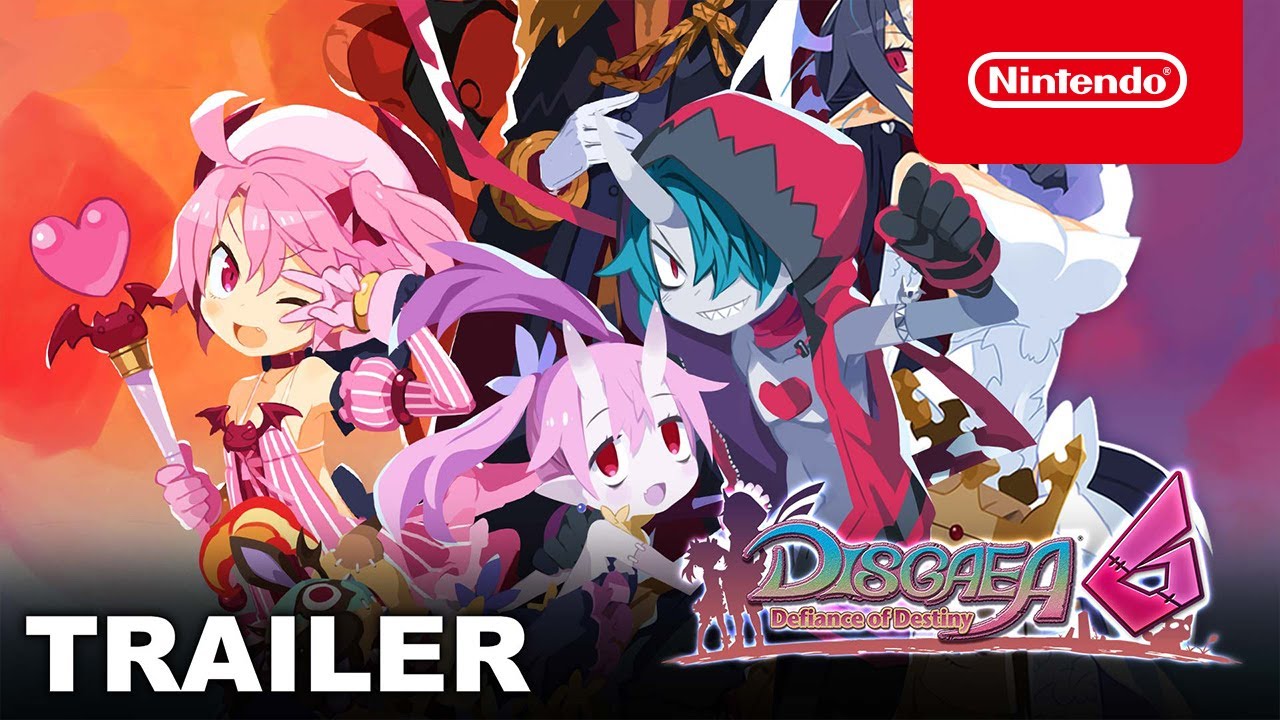 Disgaea 6: Defiance of Destiny
details its story in newest trailer!

Disgaea 6: Defiance of Destiny introduces a new SRPG narrative within its story trailer! The strongest God of Destruction ever recorded has emerged to wreak havoc with no pattern to its path of carnage. Countless Netherworlds have been at its mercy, and the Darkest Assembly is at its wits end figuring out how to counter this mighty opponent only to find out…the God of Destruction has already been defeated? How did a lowly zombie accomplish such a feat?

“Names of the Netherworld” Contest 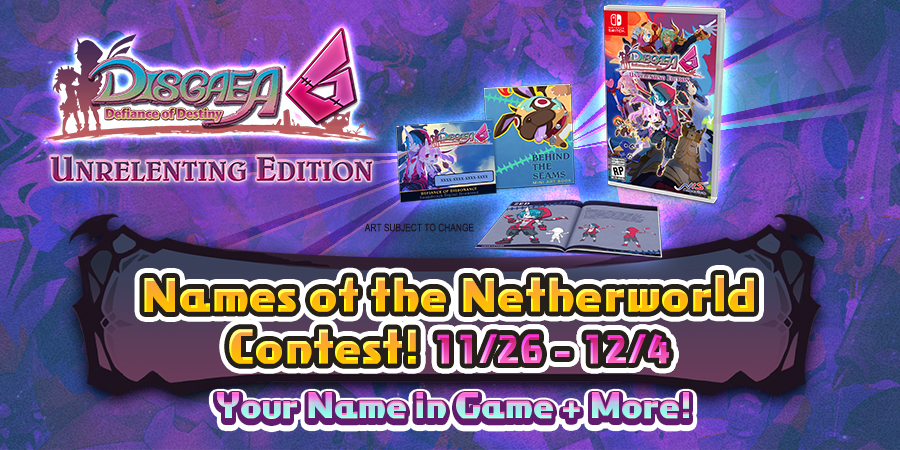 Disgaea 6: Defiance of Destiny is currently holding a “Names of the Netherworld” contest in which four winners will have their name available as a random option within the game’s Character Creation Menu and as a randomly generated name for enemy units, in addition to receiving one copy of the Disgaea 6: Defiance of Destiny Unrelenting Edition on Nintendo Switch™. The entry period is from November 26, 2020 10:00AM PT and ends on December 4, 2020 11:59PM PT, after which winners will be chosen and notified by email.

NIS America is excited to reveal some voices of the personalities in Disgaea 6: Defiance of Destiny, coming to Nintendo Switch™ in Summer 2021.

Brandon Winckler as Zed, a young zombie who utilizes a powerful spell called “Super Reincarnation” that allows the user to relive their life over again until their wish has been seen through.

Jason Marnocha as Cerberus, a highly intelligent zombie dog that supports Zed on his journey and the one that taught him Super Reincarnation.

Kelly Baskin as Melodia, who is known to sing quite often. She relies on the power of love, and seeks a prince who can lead her to a happy ending.

Sungwon Cho as Misedor, King of the Human World. As the wealthiest person in the land, he believes anything can be accomplished through the power of money.