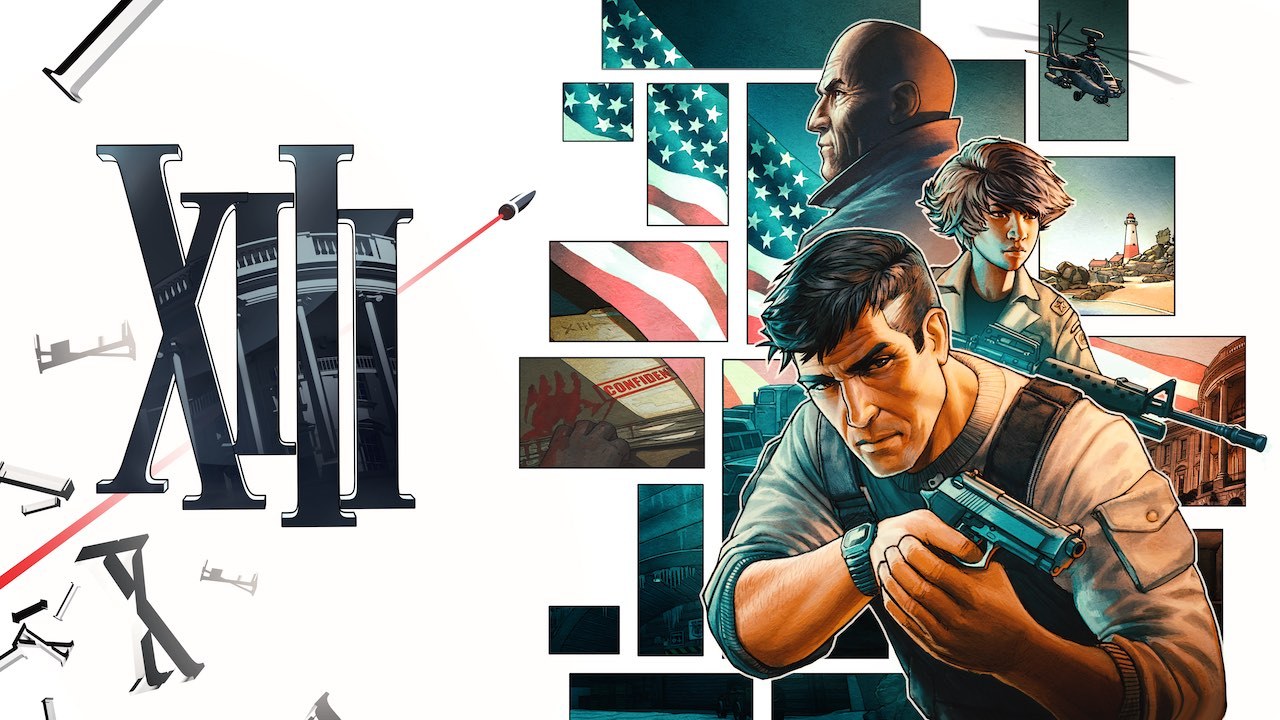 Paris, October 19th, 2020 – Microids and PlayMagic are thrilled to announce that a brand-new trailer for XIII – the remake of the world-famous cel-shaded FPS from 2003 – is now available. This trailer unveils the weapons and gadgets players will be using to achieve their goal.

XIII will have access to a lethal arsenal suiting all situations and play styles. Use brute force thanks to heavy weaponry: 44 Magnum, M16, Bazooka… Remain stealthy by (over)using light weapons such as a 9mm silenced, a throwing knife, a crossbow or even a harpoon gun. XIII will also rely on a wide variety of gadgets such as a grappling hook, a spying microphone or even a lock pick. Very handy to get through all kinds of situations!

XIII will release on November 10th on PlayStation 4, Xbox One and PC. The game will be available in 2021 on Nintendo Switch. Stay tuned for a future announcement regarding the Switch release date.

About the Story of XIII:

The country is still in shock after President Sheridan’s assassination.

You wake up injured and with amnesia on the shore of an east coast beach. The only clues about your identity are the number XIII tattooed on your collarbone and the key to a locker. Despite the memory loss, you realize not everything has been forgotten as you seem to have amazing reflexes comparable to a well-trained government agent. You will soon be on your way to uncover your past, discovering in the process your role in the murder of the US president and unveiling the most astonishing conspiracy in the country’s history.

Play as “XIII” – a man who has no memory about his identity – and try to find out the truth regarding the set up of a major conspiracy. Follow XIII in his search for his identity through a thrilling solo campaign and brutal online fights!

Players will be delighted to hear the iconic soundtrack and voices from the original game!

Discover the content of the Limited Edition, available as soon as November 10th, 2020 on PlayStation 4 and Xbox One.

This edition will be available in 2021 on Nintendo Switch.

The Limited Edition will include:

The Golden Classic Weapon Skins Pack (Pistol + Golden Knife) is a pre-order bonus for all editions at participating retailers and available through digital pre-orders on Xbox One and Steam only. These bonus elements will be available for free from November 10th to December 10th for all players purchasing the digital PlayStation 4 version.

In the end, will you find out what really happened to you?

Will you get your memory back?