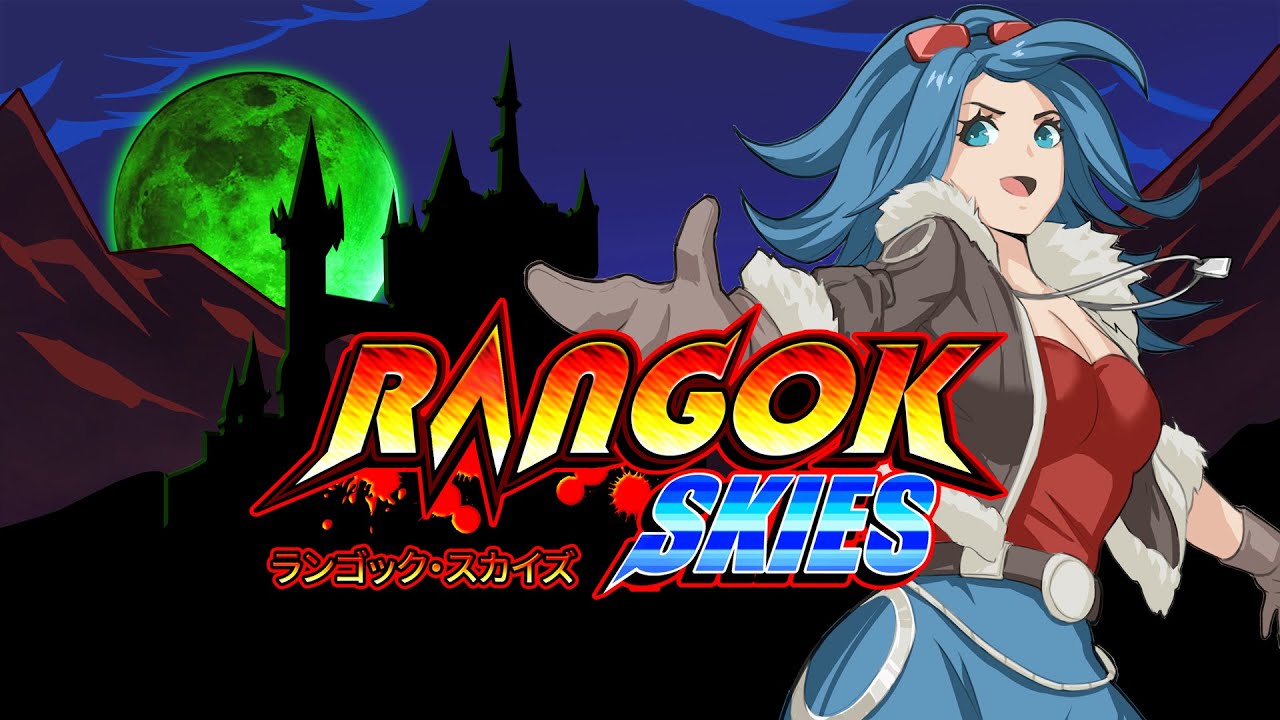 Rangok Skies is a vertically scrolling arcade shooter inspired by the genre classics, such as DoDonPachi, Gunbird, and Strikers 1945. Highly replayable with four different characters, each with their own unique ship, weapons, and bombs. Includes two-player local co-op.

A long time ago, during the Great Vampire War, four nations joined forces to defeat the evil Lord Rangok and bring an end to his dark reign of terror. Wielding the arcane ‘Vampire Spear’—a powerful weapon forged by wizards—the nations prevailed and Lord Rangok was vanquished. Following their glorious victory, the Vampire Spear was divided between the four nations as a symbol of their strong alliance. A great period of peace endured, until…

Present day. A mysterious message from an unknown sender has spread chaos across the four nations: “Bring the Vampire Spear, and you will be given rewards beyond your wildest dreams.”