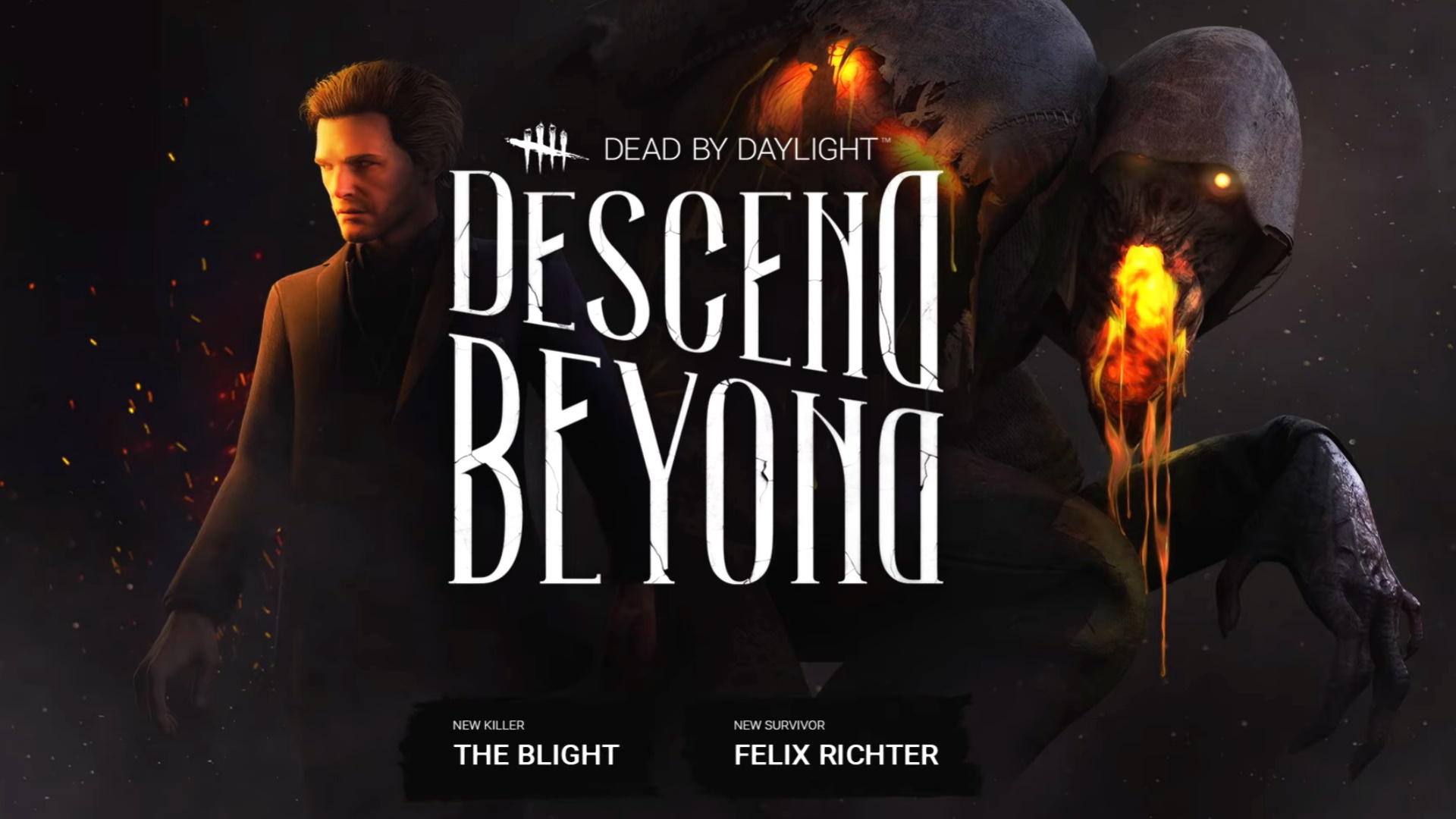 The New Killer is The Blight. Once a bright and ambitious Scottish chemist, Talbot Grimes played one too many times with human lives for profits. His compounds became the bargaining chip with which his life was saved – only to be betrayed by those who had shown mercy to him. As he descended into darkness, the Entity bestowed him a field of bright orange flowers. A new Killer had stepped into the Fog.

The New Survivor is Felix Richter. A brilliant Austrian architect, Felix comes from a long line of members of a secret society. After excelling in his field and as a soon-to-be father, Felix’ ambition brought him to the island where his father and other members of the society vanished. Through the ruins of the old Victorian buildings he was set to restore, Felix heard his father called from deep below. Beyond the ruins and into the Fog, down he went – never to be seen again.

To celebrate the release of the new chapter, players will have access to in-game cosmetics, including an exclusive jacket for Felix Richter. Two very rare outfits will also be made available for the newest Killer and Survivor.

As well, the new Oktober Fest collection will be available in the in-game store. Raise a glass and celebrate this beloved Bavarian festival with Meg, Felix and Kate in colorful and cheerful outfits that will have players say: Prost!

Players reminiscing about the last chapter will be delighted to learn that a new addition to the beloved and iconic Silent Hill Legends Collection: the Cybill Bennett legendary set for Cheryl Mason is coming September 25th.

As announced last week, Dead by Daylight is undergoing a major graphical update that will be available for free for all players, on all platforms. The first content update will be made available in this patch. The Springwood and Yamaoka maps will be completely rehauled and the generators, pallets, chests and lockers will benefit from new models and animations. The community can expect regular updates as part of this evolutionary process for Dead by Daylight.