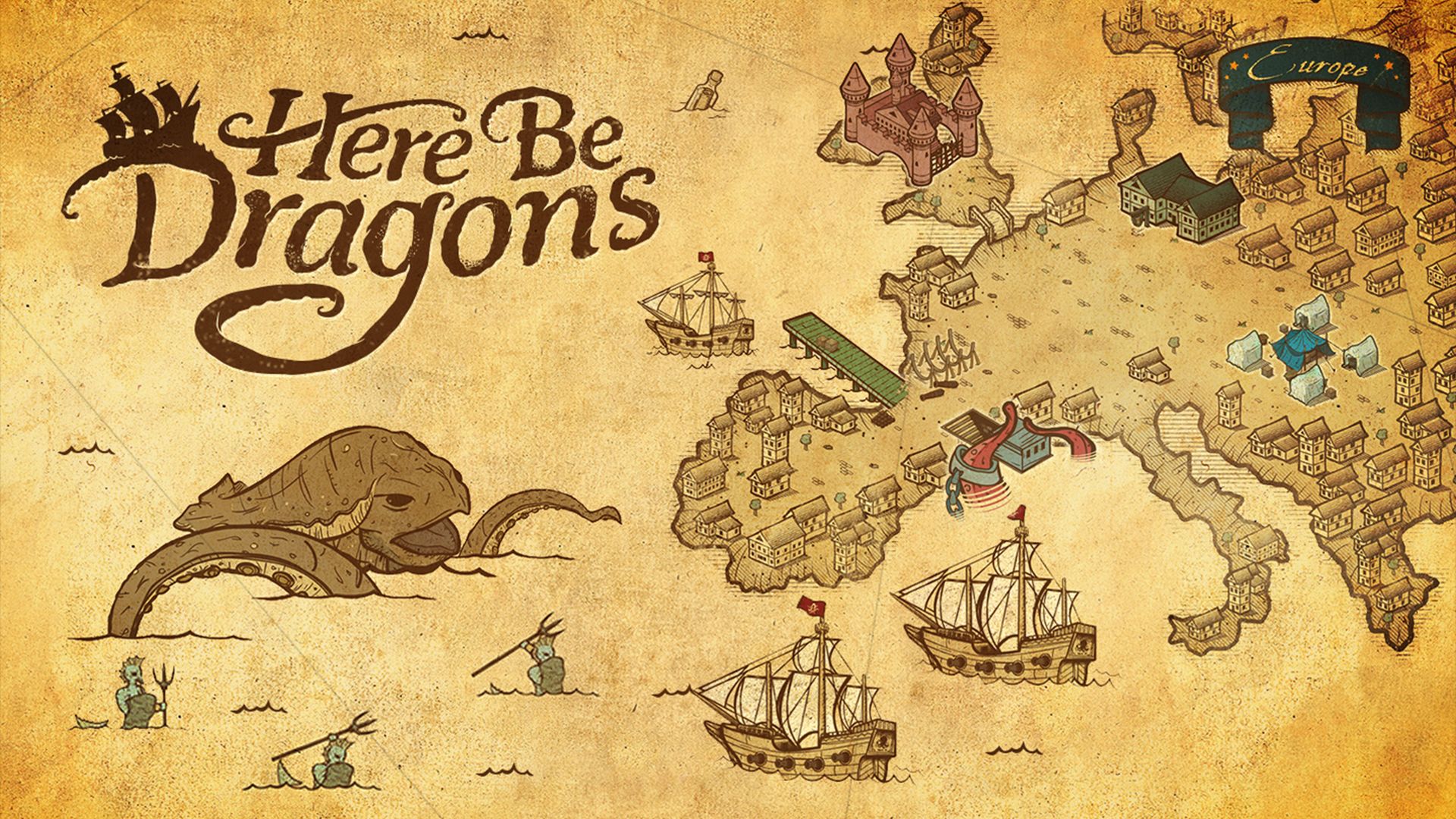 Eradicate legendary monsters to allow Columbus the discovery of the New World.

Here Be Dragons is a satirical turn-based strategy game featuring a unique “living map” graphics, where you lead a group of crazed captains.

Firstly, someone had to defeat Kraken and tritons. Someone had to vanquish the Leviathan. Someone had to banish all the ghost ships. The information about these deeds is missing from the archives, and you can’t find it in any great statesmen’s memoir. The knowledge of the “Avant Armada” was completely erased by some bloody officials.

Features:
– Use the original Dice Activation System to attack enemies, heal your crew, and upgrade the fleet.
– Collect Ink and use Errata to turn the tide of the encounter.
– Cross the seas with an ancient, living map, full of terrible creatures that want to devour you!
– Confront the most fierce beasts that ever lived: leviathans and krakens, predatory whales, and lustful mermaids. Decimate tritons, awake Dagon, and then erase them from human memory.