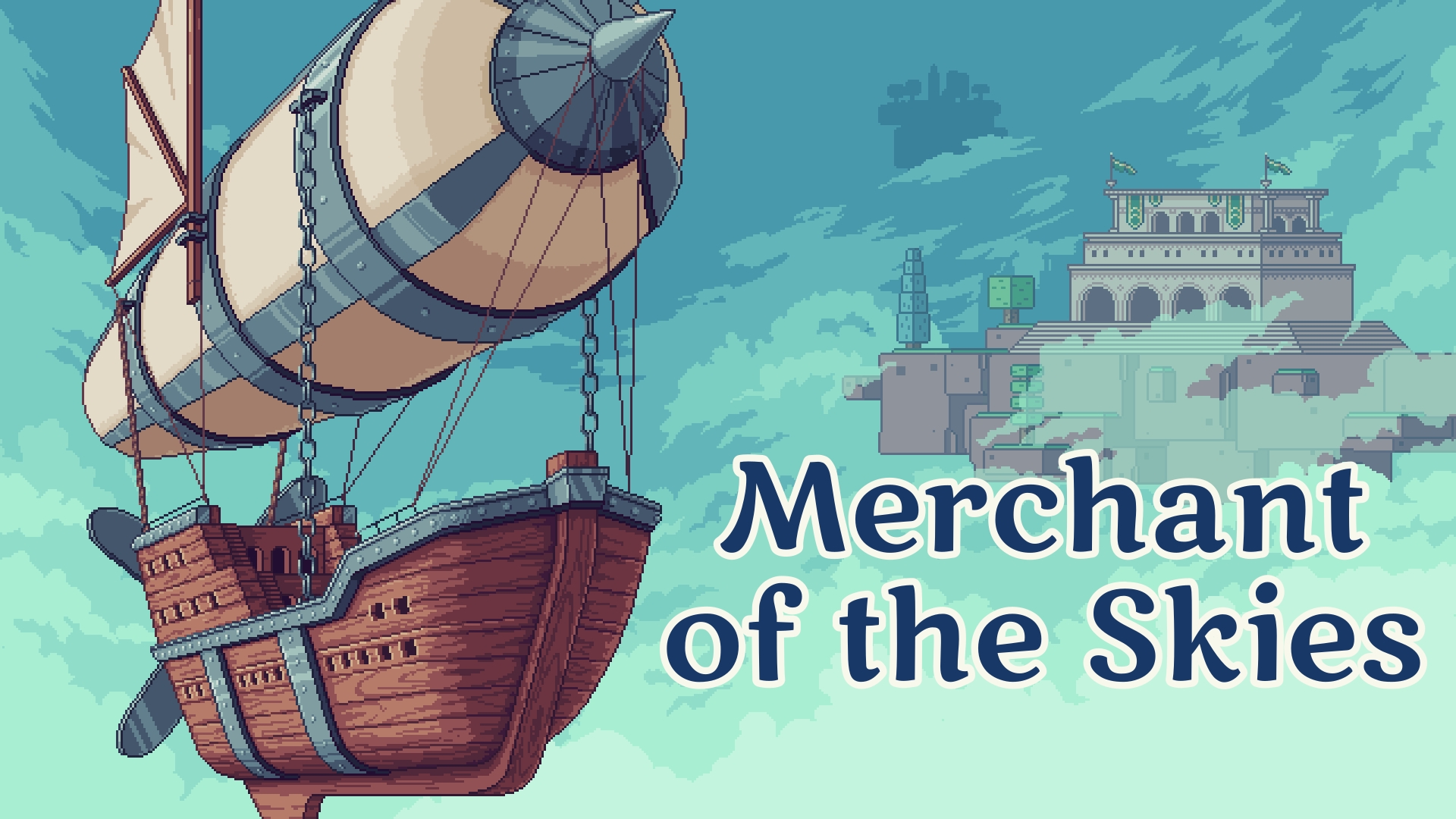 Become the captain of a flying ship! Sell items, gather resources and build your own trade company in the clouds!

Merchant of the Skies is a trading game with light base-building and tycoon elements. You start off as a captain of a small cloudship and work your way towards establishing your own trade company.

Merchant of the skies is an experimental game: it does not have a distinct genre, but tries to capture the feeling of traveling the world and establishing your own company. That means we try to incorporate exploration, base building, trading and some minor rpg elements into the game.

Features:
* Become a trader! Find the best trade routes and profit from them
* Discover the world! Travel between flying isles and face different encounters
* Sandbox gameplay: do what you want at your own pace
* Gain experience and become more savvy when it comes to trading, then start your own goods production
Establish trade routes to transport and sell goods without your direct involvement
* Get rich and build your own mansion from more than 200 different building blocks

Merchant of the Skies offers you a 6-8 hours campaign where you can help different characters and restore the world to its former glory, as well as a sandbox mode where you can forget about the plot and focus on building your own company, establishing caravan routes and developing your mansion.