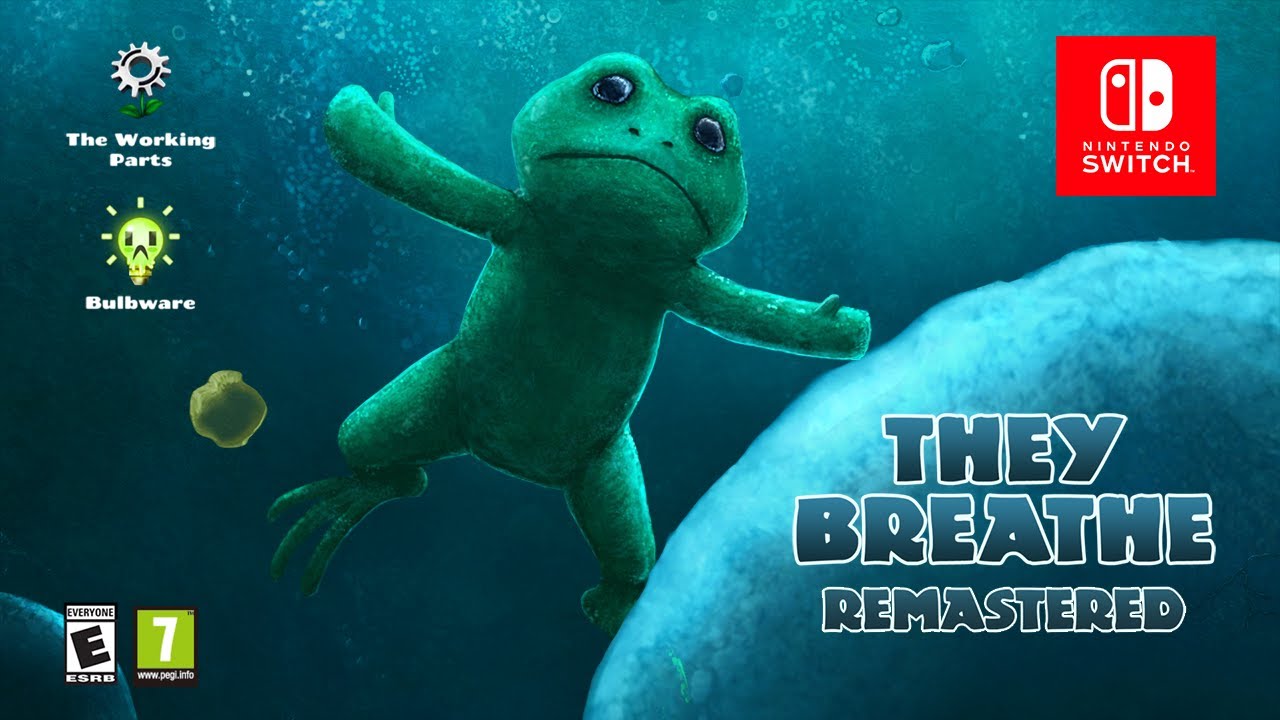 CAN YOU SEE IT?
In the first game by The Working Parts, a lone frog descends into the depths of a flooded forest, not yet knowing the full extent of its tragedy. To survive in a brutal, oxygen-obsessed ecosystem, you must help it see the patterns and hidden truths that make up the rules of the forest – horrible as they may be.

They Breathe is a critically acclaimed indie gem risen from the depths of Xbox Live Indie Games. In thirty short minutes, the game leaves it up to you to figure out every part of its increasingly bizarre universe, in order to survive the onslaught of unexpected creatures and ultimately comprehend their true nature. No matter how your descent to the bottom of the forest takes shape, it is guaranteed to give you the chills without a single word of dialog.

Keep your eyes open, for there is darkness beneath the surface. And you’re not at the bottom yet.