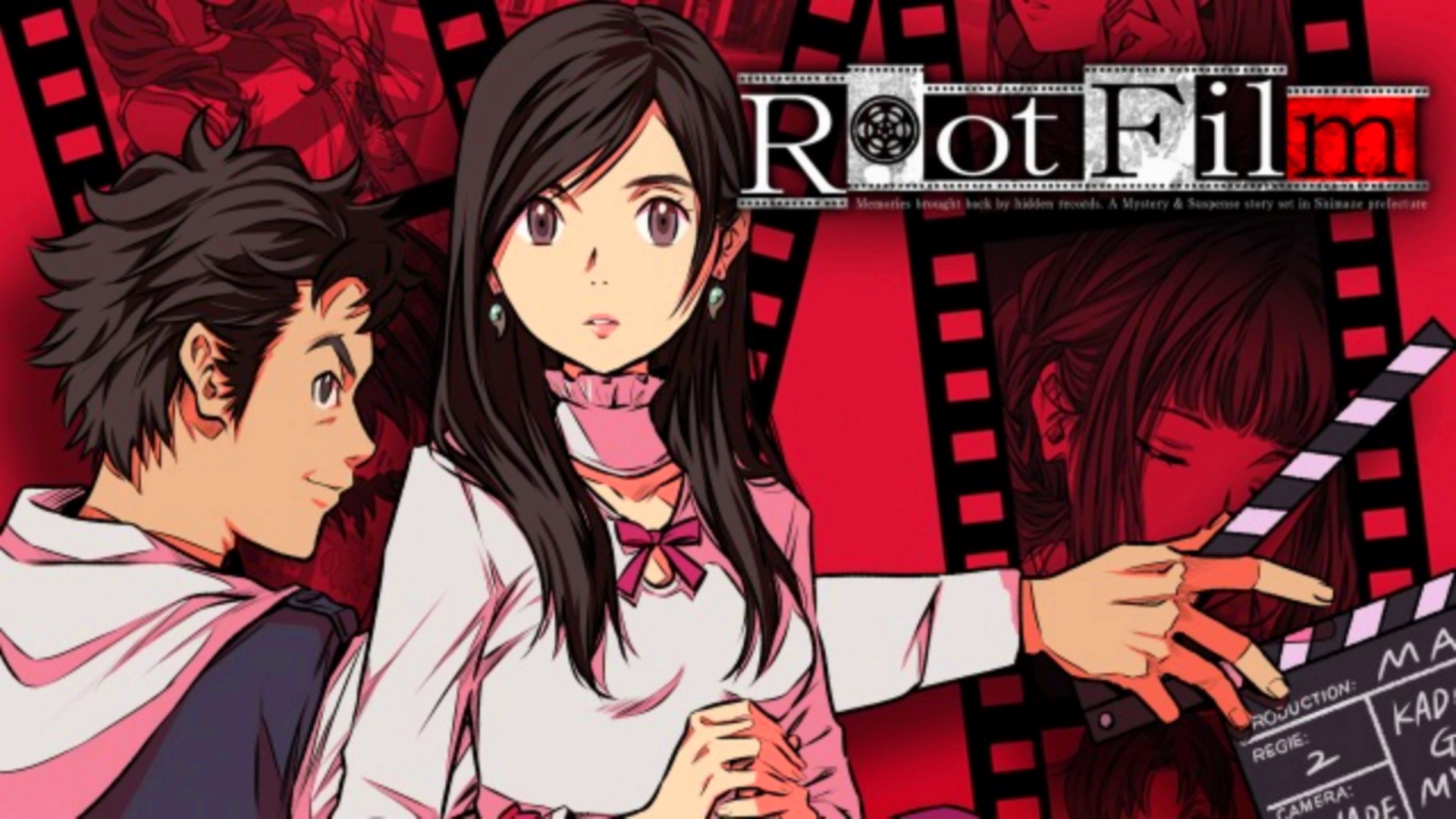 Root Film is about a TV series, called “Shimane Mystery Drama Project”, which was cancelled for an unknown reason 10 years ago. To reboot the project, three teams consisting of a director and an actress have been cast, including 23 year old Rintaro Yagumo, the main character of the game.
His excitement about this amazing opportunity is quickly curbed, when a horrible murder interrupts their location scouting process. Follow him and a cast of unique and memorable characters by character designer Taro Minaboshi as they are drawn deeper into the thrilling mystery of Root Film.
The gameplay of Root Film will be a mix of the masterful storytelling Kadokawa Games is known for, as well as a multitude of interactive elements, including:

The Intuition mechanic allows players to acquire keywords during conversations. Once activated, Intuition reveals words on screen that will be essential to investigations and confrontations.
After collecting enough keywords, you can confront other characters in Max Mode to resolve a mystery. In this fighting-game like face-off, it is essential that enough evidence has been collected beforehand to choose the correct conversation options from a selection screen.

The Zapping system is a puzzle solving mechanic that reveals the perspective of two characters at the same time. Experiencing events from two different viewpoints will be an exciting and essential tool to find out the truth about “Shimane Mystery Drama Project”!