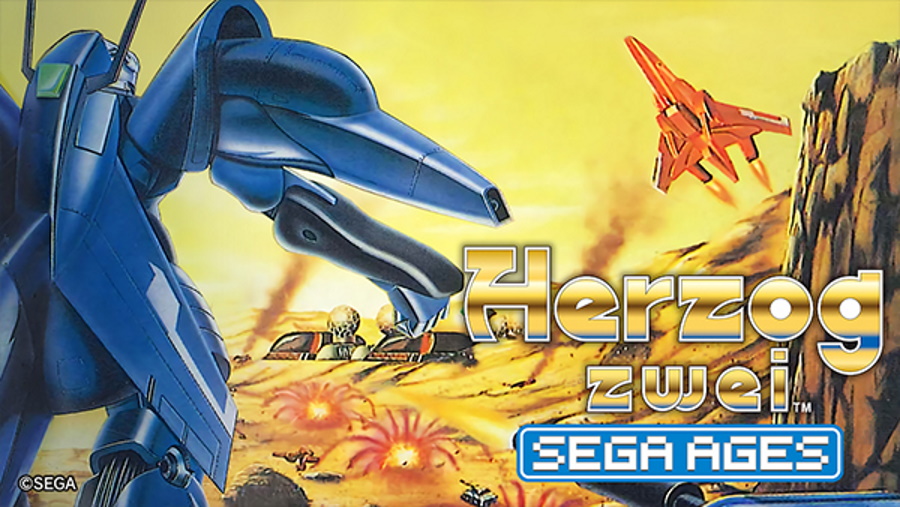 The main mode, which is a reproduction of the Mega Drive version. You can play either against the computer in a one-player game, or with a friend in a two-player game.

Players will start from their base camp, placed on the top or bottom of the battlefield. While producing weapons at your base, transporting weapons, and fighting off enemies one after the other, occupy the neutral bases along the way to expand your territory. The first player to reduce the enemy’s base camp to zero endurance is the winner.

You can play as the Revolutionary Army or Government Army on eight different maps and four different difficulty settings. In the Sega Ages version, an information display has been added to the left and right sides of the screen. Detailed information such as occupied bases, mech details, and selected weapons and commands will automatically display according to the situation.

Also, by turning on “Helper” mode, you can modify your “base camp endurance,” “mech endurance,” and “weapons development budget.” 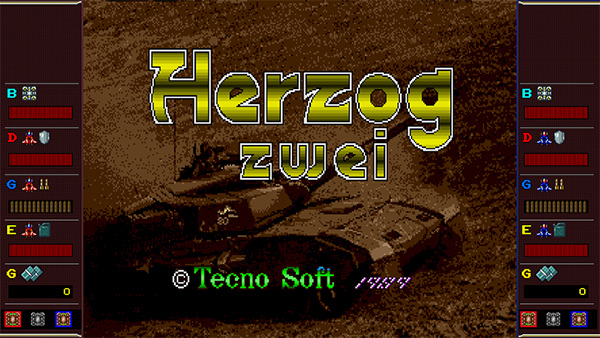 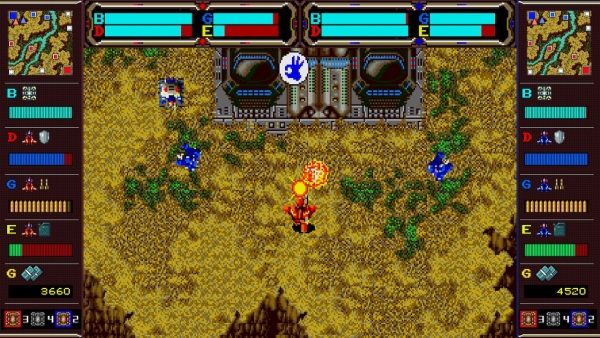 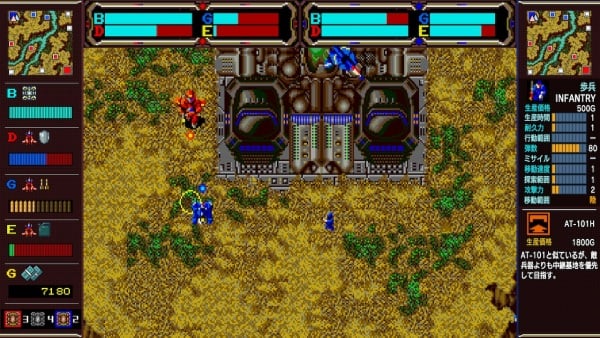 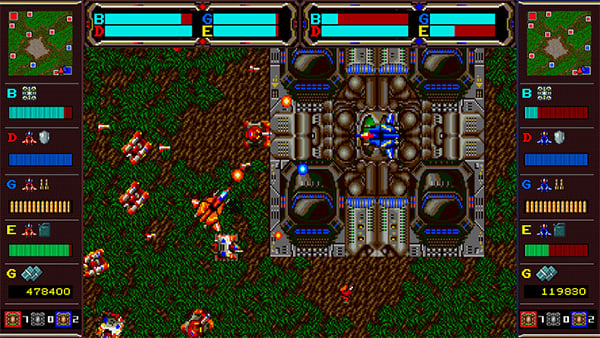 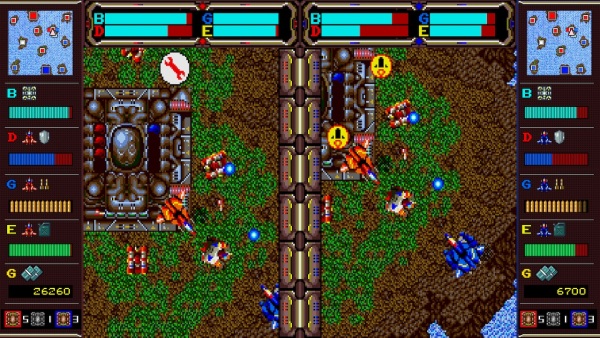 Through the network, you can match up with and battle against random players. Network battles are fought with the same split-screen display as regular two-player battles. (The “Helper” feature is not supported in network battles.) 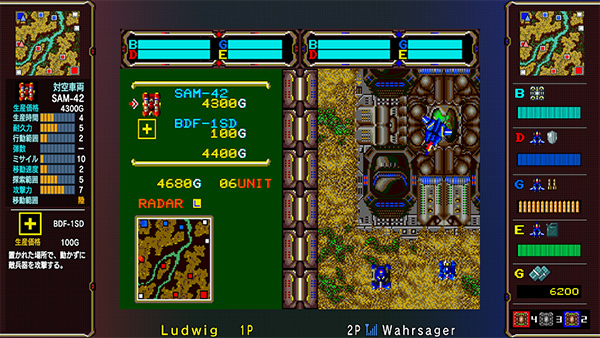 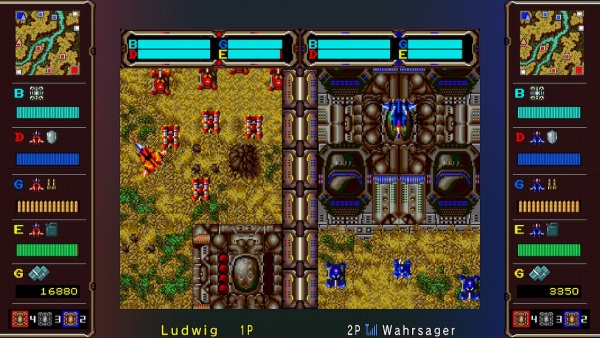 A Sega Ages-original tutorial mode. Learn about each game rule in detail. 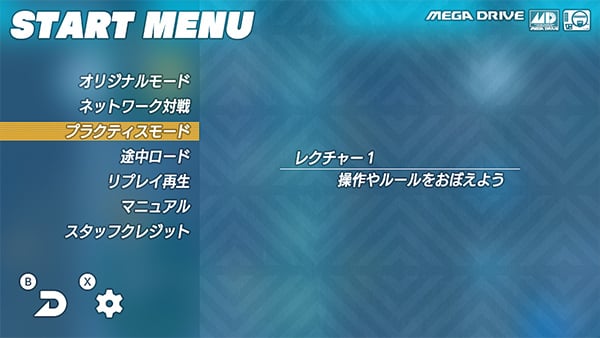 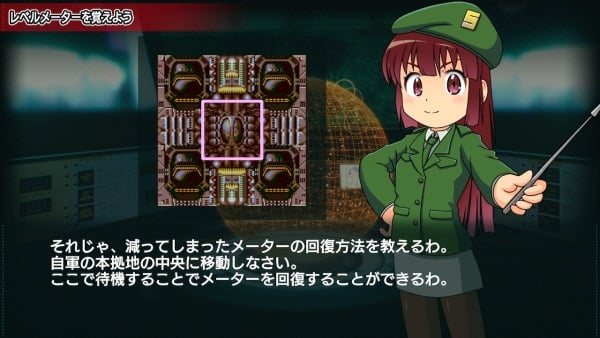 An all-purpose mech that can transform between infantry soldier and attack jet. Outside of direct combat, it mainly transports weapons to the front line. If its fuel runs out, it will explode, but it will revive at the base camp.

You can save and watch replays.

In the original game, you saved your progress with a password and without a traditional save, but in the Sega Ages version, that password is saved automatically, so there is no need to save it yourself.

The screen settings can be changed to the CRT-like “Vintage” mode, “Dot by Dot” mode, and more. 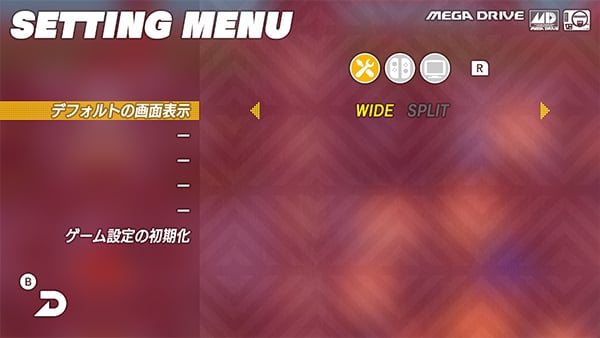 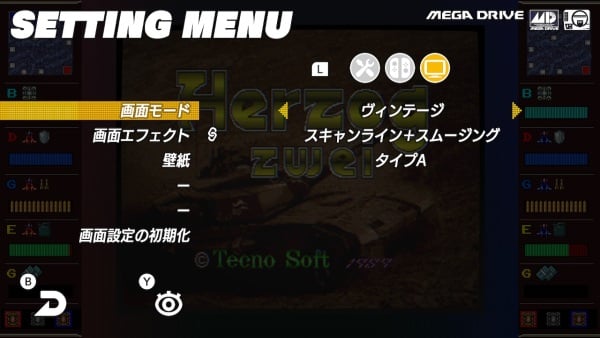