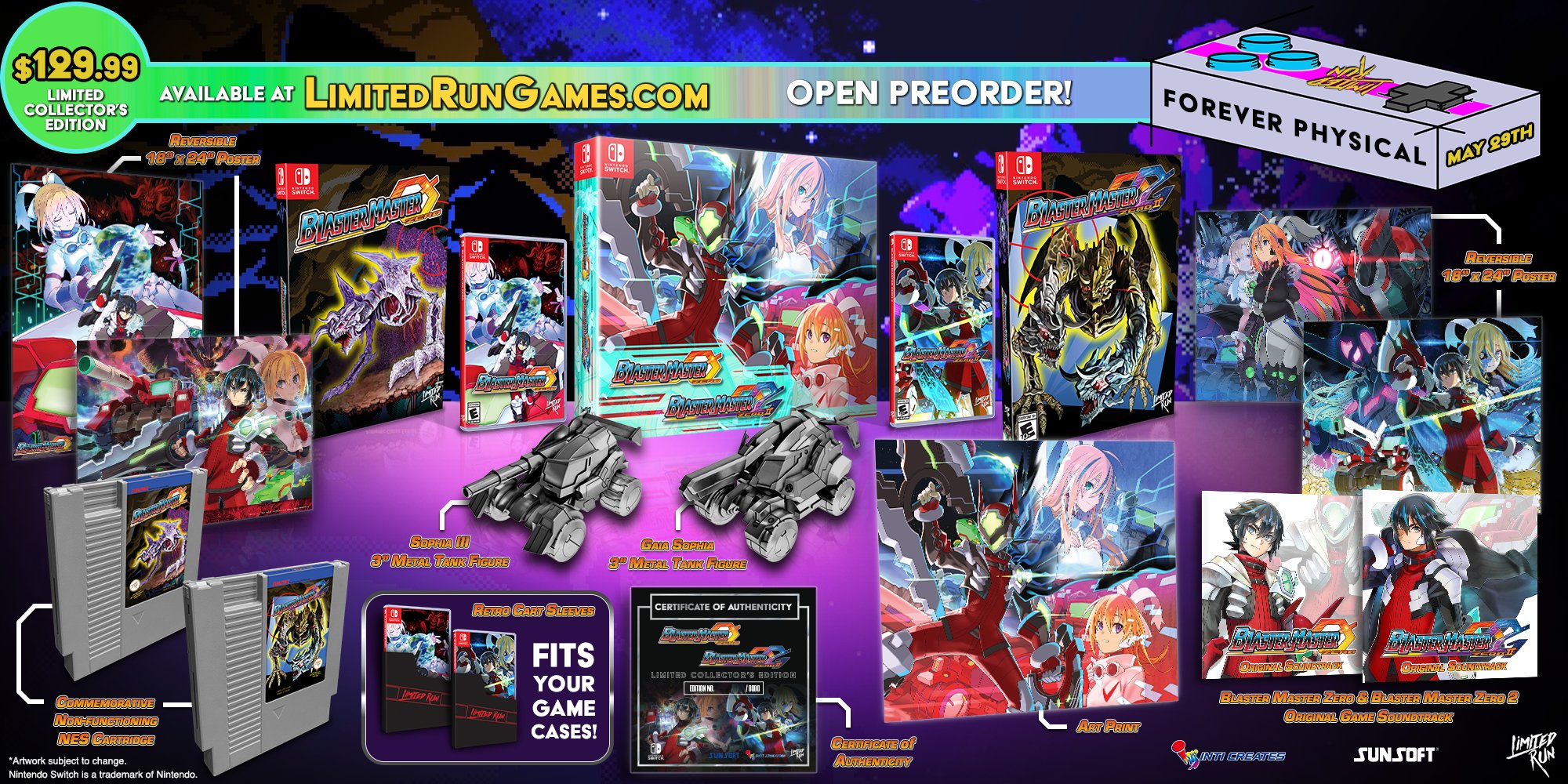 Pre-orders open for four weeks starting on Friday, May 29 at 10 am ET on https://t.co/5Lksol4sqo. pic.twitter.com/lYuyurevEc

Blaster Master Zero will also be available as a Classic Edition for PS4 & Switch, featuring a reversible poster, original game soundtrack, and a retro cartridge-sleeve to fit your game case!

This Classic Edition opens for a four week pre-order at 10 am ET on May 29th. pic.twitter.com/tAKgF1sbUQ Last, but not least, Blaster Master Zero & Blaster Master Zero 2 get a huge Collector’s Edition. This CE features a certificate of authenticity, SOPHIA III and Gaia-SOPHIA metal tanks, soundtracks, and more! Four week pre-orders open for the PS4 & Switch on May 29 at 10 am ET!