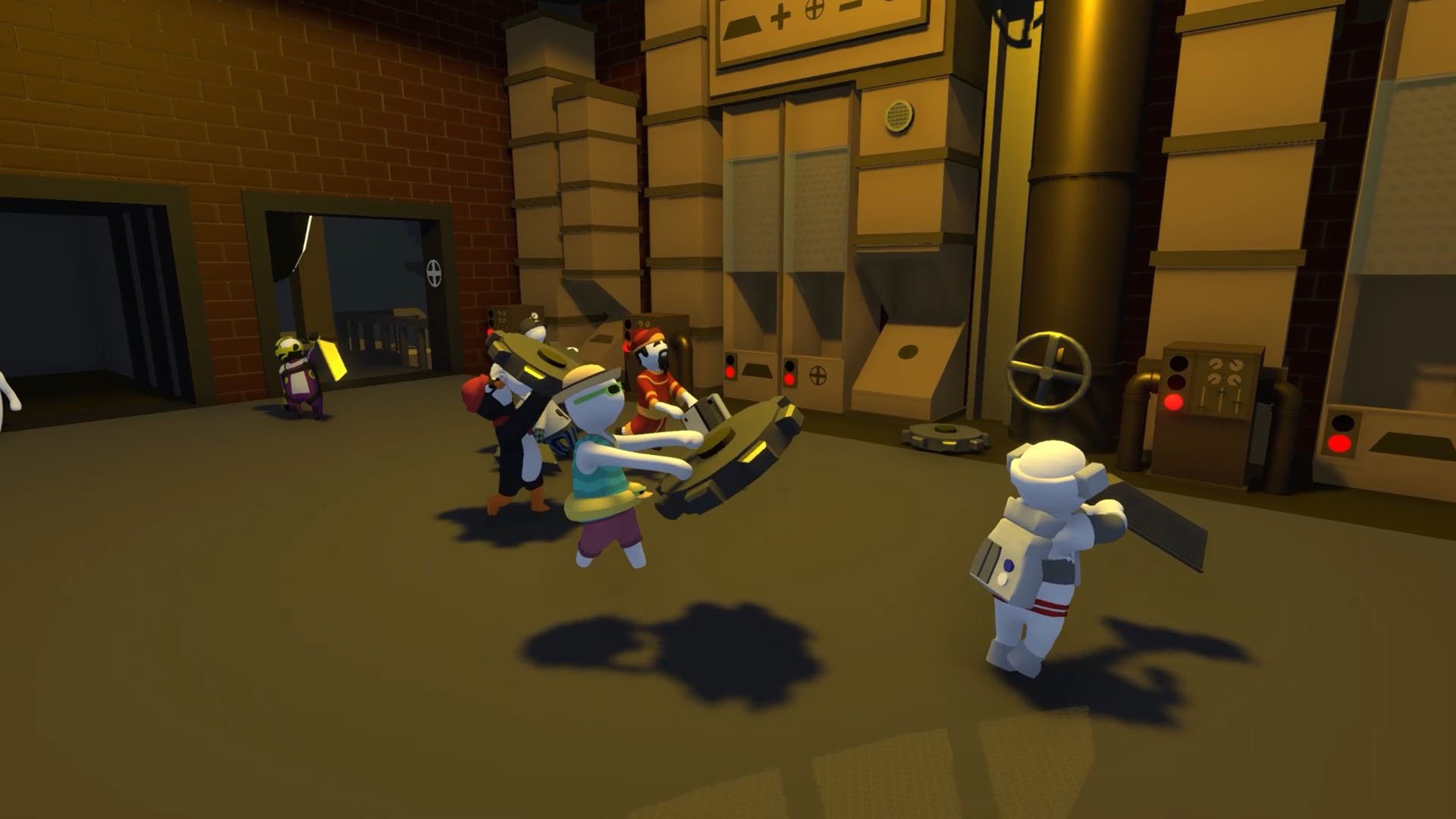 London, UK – 20th May: No Brakes Games, Curve Digital and d3t Ltd are delighted to announce that the PC version of their multiplayer platformer Human: Fall Flat will see a new level added to the main game for free tomorrow (21st May). It’s their collective pleasure to re-introduce Factory from Tyler ‘Gotcha’ Ehninger!

Check out the trailer showcasing the new level here: https://youtu.be/5OClgfU2GZg

Factory was the joint-winner of 2019’s Human: Fall Flat Worldwide Workshop competition, which challenged members of the community to design levels for the quirky indie hit for a chance to win $10,000 USD and get their creation featured in the main game’s campaign. Tyler’s level Factory won joint 1st place in the contest, along with Thermal, created by Manuel Nowak aka. Święty Krab, and sees players exploring a working factory dominated by giant clunking gears, perilous pitfalls and crane puzzles.

Factory will be added to the console versions of Human: Fall Flat over the coming weeks, with mobile versions set to receive the level at a later date.

There’s still time to take part in the 3rd Worldwide Workshop Competition themed around the Great Outdoors. To learn more about your chance to earn yourself a $10,000 USD prize and get your level into Human Fall Flat’s main campaign, check out the official Steam blog: https://store.steampowered.com/newshub/app/477160/view/2217403321323102106

Those yet to experience the wonders of Human: Fall Flat will be able to purchase the game for 60% off during The World of Curve Sale on Steam starting tomorrow (21st May) at 6pm BST / 7pm CEST.

During the World of Curve sale, potential players will be able to save up to 90% off a host of classic Curve titles, including fantasy romp For The King, GTA-inspired throwback American Fugitive and frantic co-op firefighting sim Embr, which launches into Early Access on Thursday, 21st May. As a special bonus, Steam players can pick up hardcore side-scroller 10 Second Ninja X for free throughout the sale, which runs from 21st to 28th May.