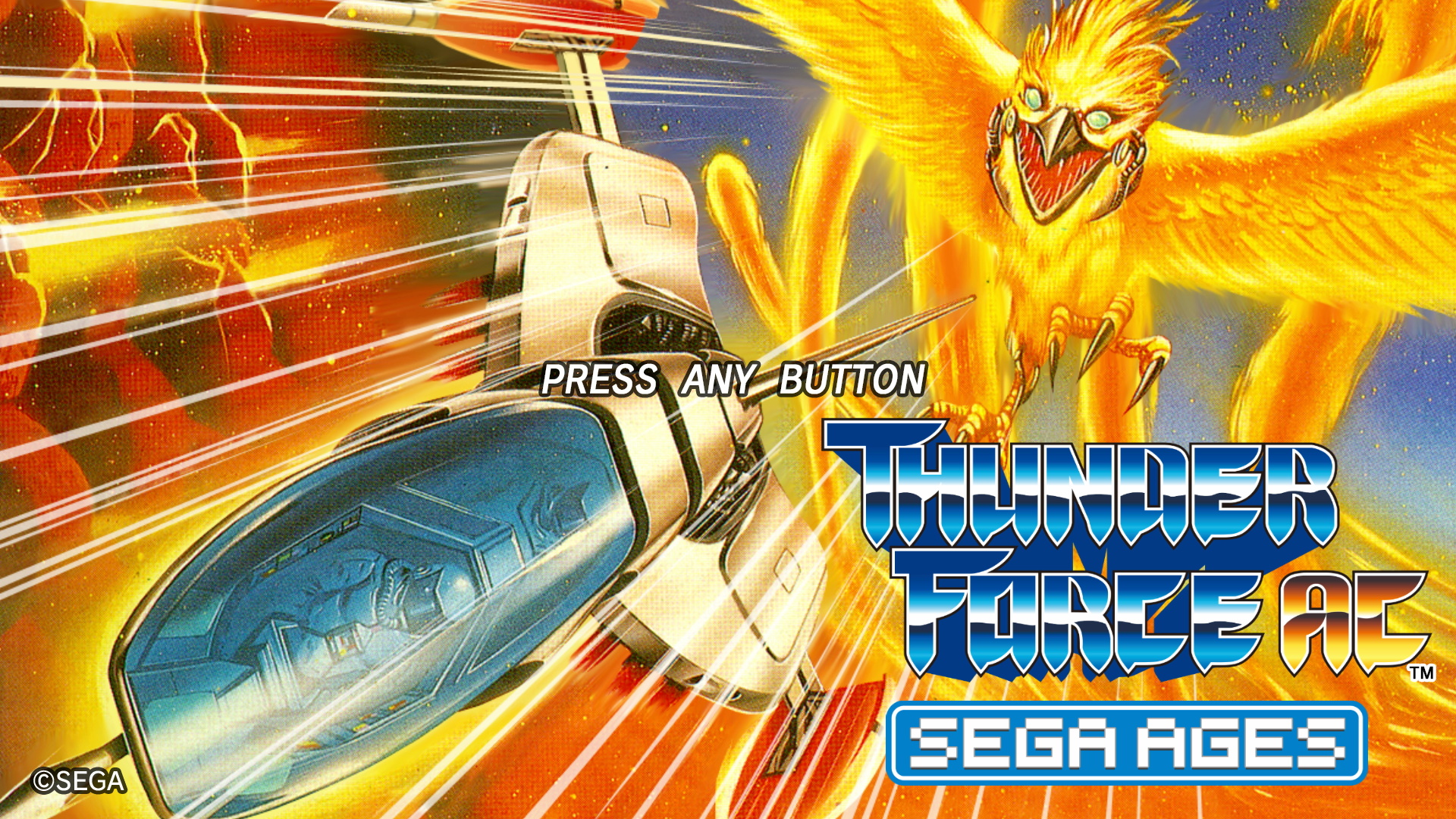 Faithfully ported from the original arcade version of Thunder Force AC, Arcade Mode is the main mode of the Sega Ages version. It is based on the Sega Saturn version of Thunder Force III, but with reconstructed game balance. Some stages have been changed to new stages different from Thunder Force III. There are four playable ships, which will unlock based on your gameplay results. By setting the version to “New” in the options, the mode will play based on the overseas version, increasing the performance of your ship. 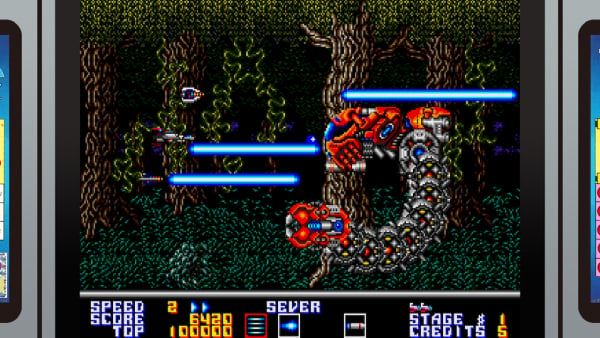 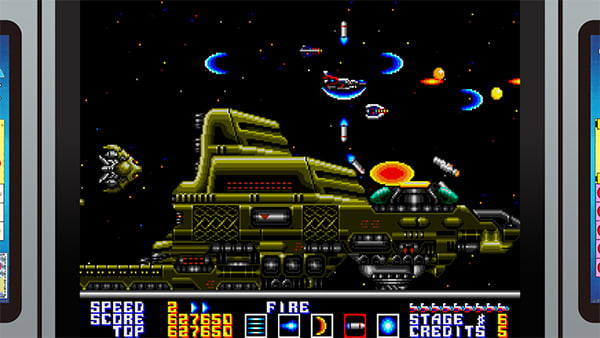 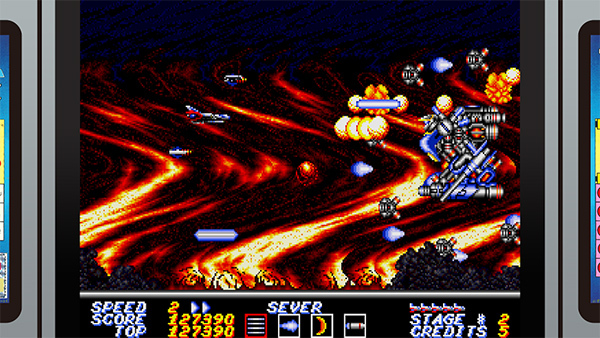 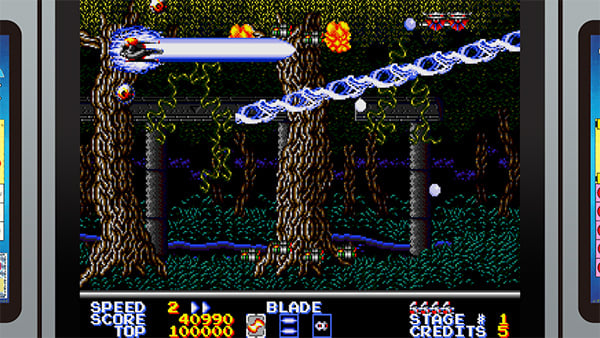 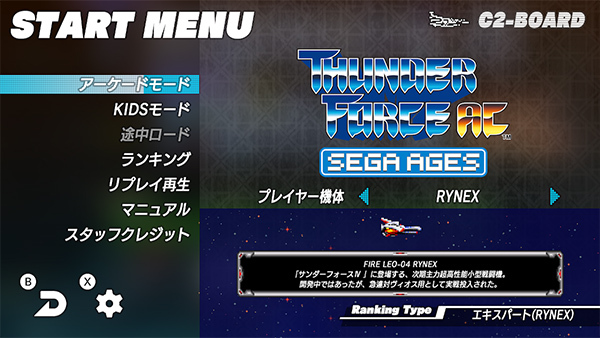 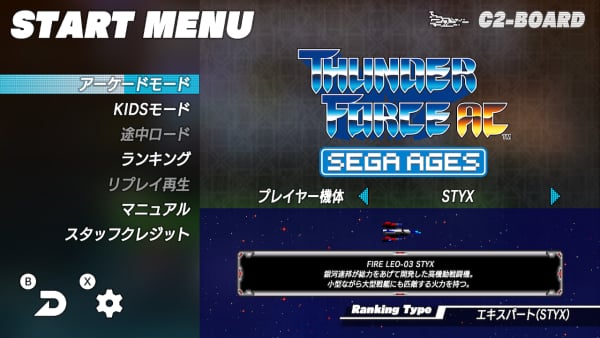 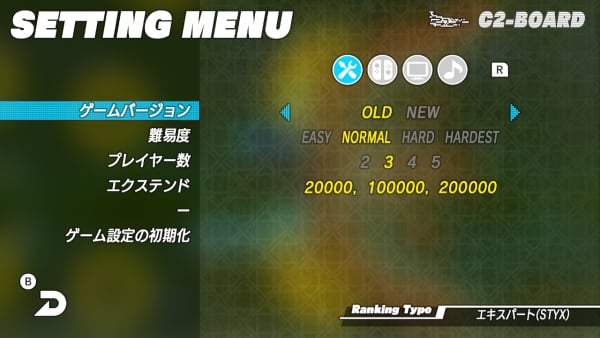 An easy mode for those who find Arcade Mode too difficult. In addition to higher attack power, you will not lose your weapons if your ship is destroyed.

In Sega Ages Thunder Force AC, players can choose from four ships. The ship can be selected from the menu screen. This is possible in both Arcade Mode and Kids Mode, no matter which mode they appear in.

A highly mobile fighter developed by the efforts of the Galaxy Federation. While small, its firepower rivals that of a large battleship. This is the only ship you can choose at first. It has five weapons—Tin Shot (Sever), Back Fire (Lancer), Wave, Fire, and Hunter—and can equip the Claw and Shield. 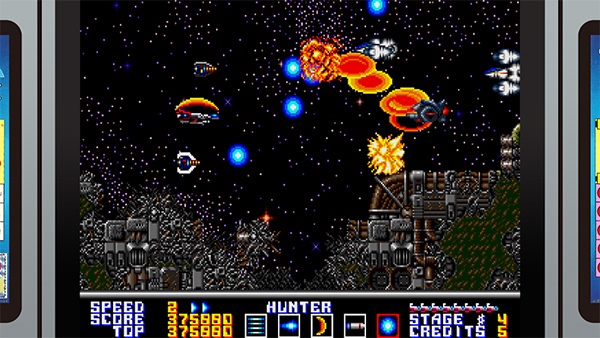 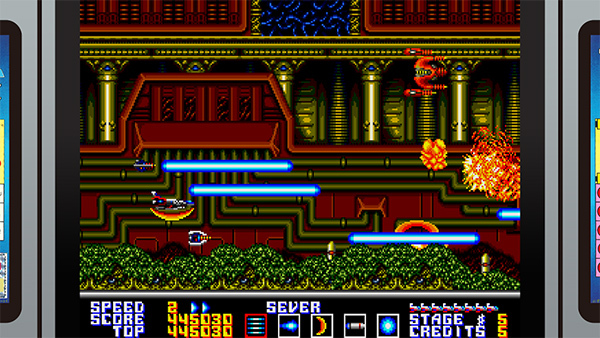 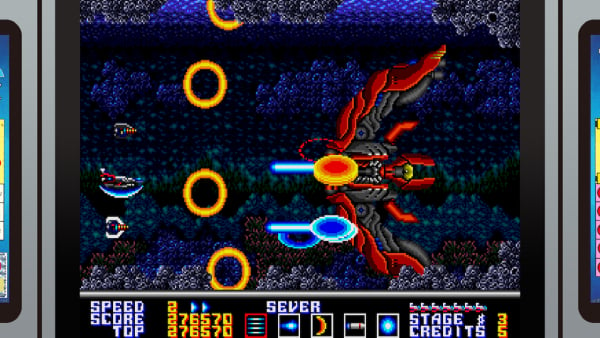 The Mass Product-type Styx that appears in Thunder Force IV, which is set two years after Thunder Force AC (III). It is a technical ship with enhanced backfire when changing speed, which can be used to attack and obtain a high score. Also, by adding a button setting, you can use a “Roll” attack when the Claw is equipped. 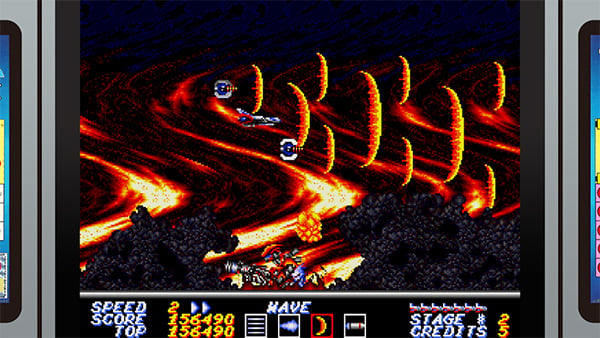 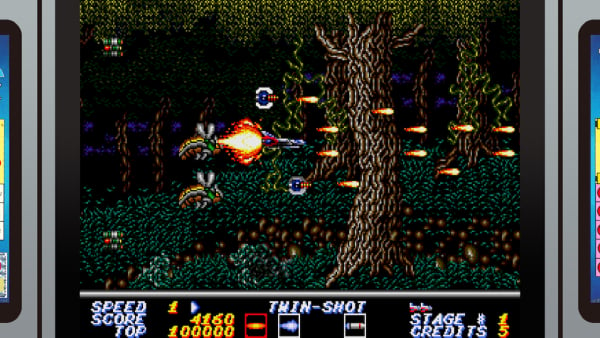 The main ship from Thunder Force IV, and the next-generation of super highly efficient fighters. It has five weapons—Twin Shot (Blade), Back Shot (Rail Gun), Snake, Free Way, and Hunter—and can equip the Claw and Shield. 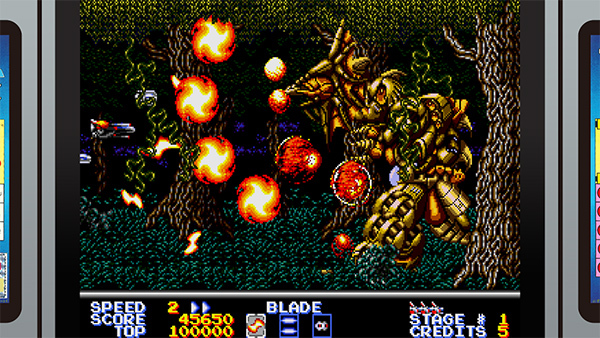 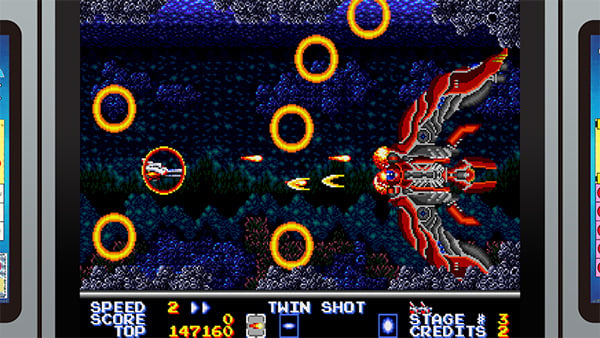 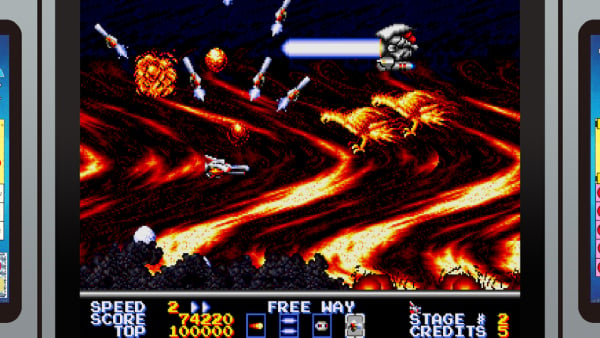 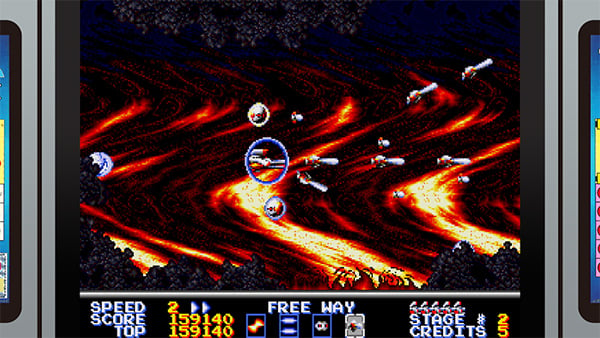 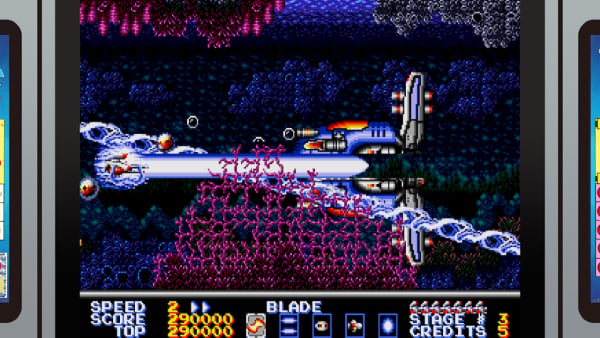 You can save and watch replays, as well as watch replays of advanced players from the leaderboards. Also, the sound has been converted to stereo (though some is monaural). There is also an “HD Rumble” feature that you can turn on or off in the settings. The screen settings can also be changed to the CRT-like “Vintage” mode, arcade atmosphere-like “Cabinet” mode, and more. 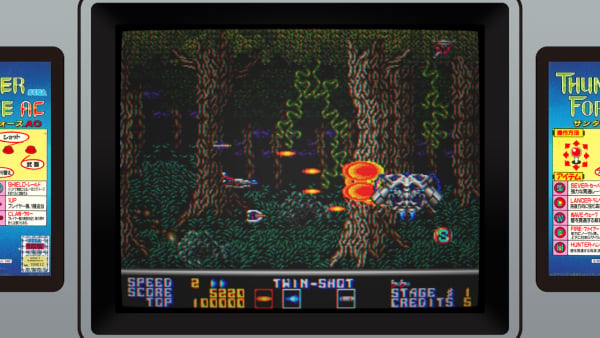 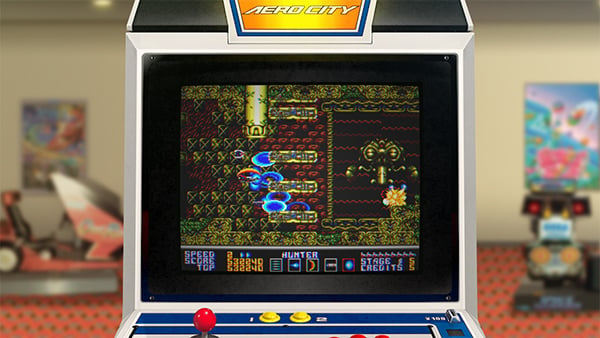 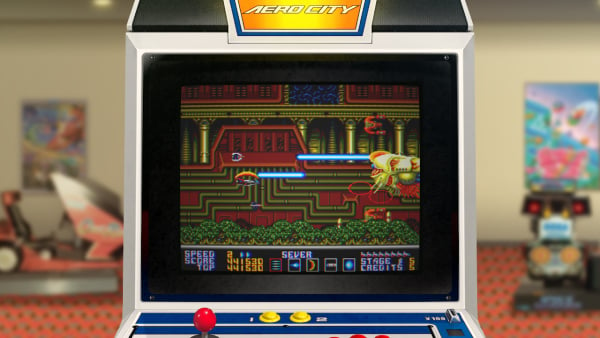