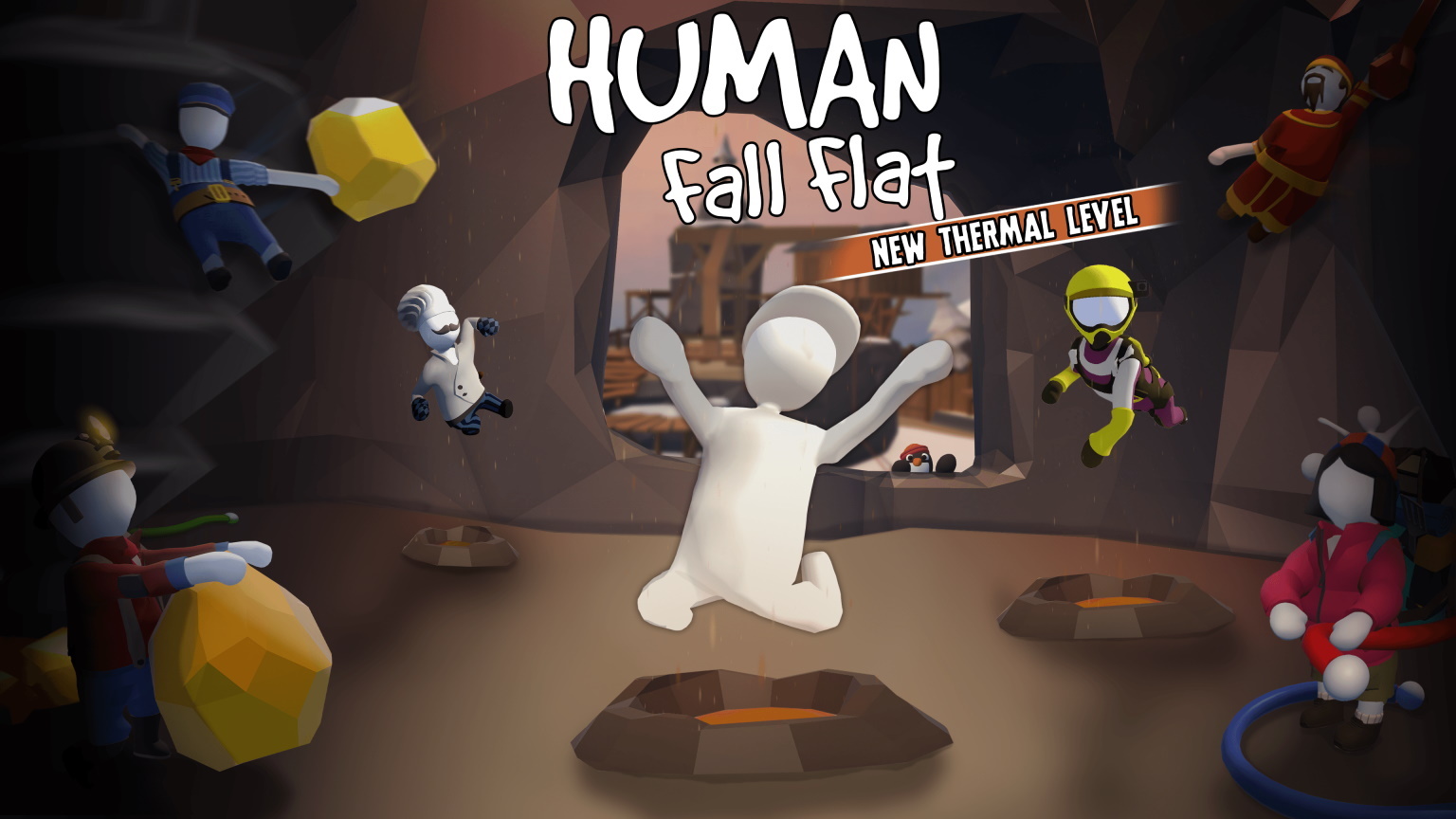 No Brakes Games and Curve Digital, in partnership with 505 Games and d3t Ltd, add first of player-made levels to PC edition, with PlayStation 4, Nintendo Switch and Xbox One versions set to launch in a new update coming soon. Future content for iOS and Android versions, also outlined.

London, UK – 31st March: No Brakes Games, Curve Digital, 505 Games and d3t Ltd are delighted to announce that the beloved puzzle platformer Human: Fall Flat will receive a host of great new content over the coming weeks, beginning with the launch of Thermal – the first of two winning levels from the recent Worldwide Workshop Competition – which lands in the PC version today!

The first winning level, appropriately named Thermal, was made by Manuel Nowak aka. Święty Krab and bagged its creator $10,000 USD in prize money last year. To see this new level in action, check out the trailer here: https://youtu.be/-ny3fXONwSw

Thermal has already been downloaded by over 225,000 Human: Fall Flat players since its debut on Steamworks last year and with today’s free update the level will be part of the game’s official level roster making the content readily available to all players from the main menu. A new miner skin also arrives in the Steam update today, offering a fitting look to all players for exploring Thermal’s underground caverns.

Additionally, the Thermal level will be added to Nintendo Switch, Xbox One and PlayStation 4 versions of Human: Fall Flat over the coming weeks as part of a free content update.

This update is the latest in a long line of free post-release content which ensures Human: Fall Flat players continue to receive meaningful additions to the game they love long after its launch.

This commitment also extends to the iOS and Android versions of Human: Fall Flat, published by 505 Games. This spring, 505 Games’ Human: Fall Flat for mobile will receive the new ‘Steam’ and ‘Ice’ levels at no additional cost.

For more information about Human: Fall Flat and to stay up to date with the game’s latest updates, check out the official Steam page: https://store.steampowered.com/app/477160/Human_Fall_Flat/